HC’s Prompt Hearing of Arnab’s Habeas Plea Is Welcome, Let This Now Be the Norm for All

Of the 554 habeas corpus petitions filed after August 5 2019, the J&K high court has only decided 29 cases which is around 5% of habeas cases. 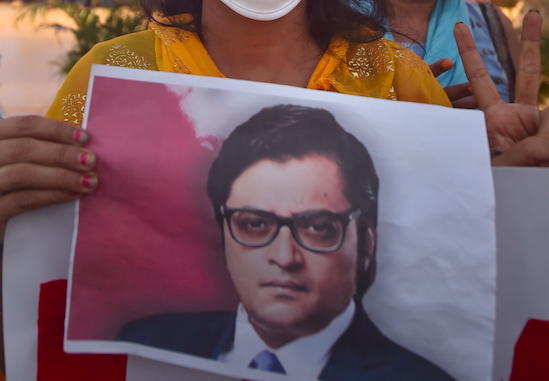 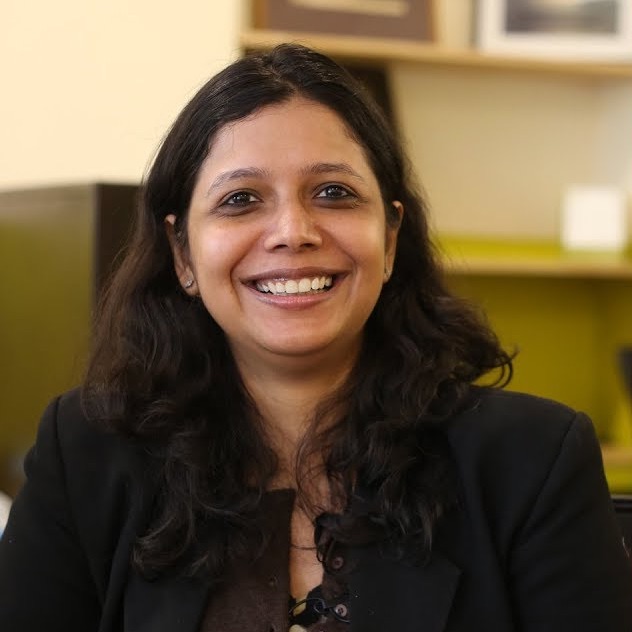 The arrest of controversial television anchor Arnab Goswami by Mumbai Police and the subsequent habeas corpus petition filed before the Bombay high court to seek his release have inadvertently put a spotlight on the most powerful writ envisaged in the constitution to protect the life and liberty of individuals.

While Goswami has used his platform to conduct media trials – at times even seeking vigilante justice – his own personal case is about everything that he has been relentlessly opposing for others. Given that several cabinet ministers have decried the police action, his case might perhaps lead to a larger discussion on the issue of justice, dissent, rule of law and the remedy of habeas corpus – the most significant writ for the protection life and liberty under the Indian constitution.

As a young lawyer in 2005, I had obtained special permission from the then chief justice of Jammu and Kashmir high court (Justice S.N. Jha) to examine the habeas corpus cases filed/pending over the years in the state as part of a fellowship I was doing at the Columbia law school. I remember being led to a room full of dusty files. The official pointed me to several shelves and said that all the habeas corpus case documents are lying here. I was allowed to take with me only paper and a pencil.

As I scanned the files, I was taken aback by the sheer number of habeas cases that had been filed in Kashmir. I didn’t know where to begin. I started from the lowest shelf where it was easy to pull out the files. I was only able to go through a tiny number of the files that were lying in that room but the experience was an eye opener for me.

Earlier, I had visited the inspection room in the Delhi high court several times. This was a vibrant place with scores of advocates, junior counsels, interns and court staff busy scanning through the court records. There was a sense of hope for justice in that room. But the record/inspection room in the high court in Srinagar was desolate, with dust eating the files stacked on the shelves. The silence of that uninhabited space symbolised the larger picture of hopelessness in the instruments of justice.

The contrasting images of these two rooms of justice are etched in my memory. The vibrancy of one and the bleak emptiness of the other was a potent metaphor of how justice works in each of these places.

Over the years, I have thought about the habeas corpus room in Srinagar many a time. I have also read and re-read all the seminal habeas judgments ­– Kanu Sanyal v. District Magistrate (1974), Ummu Sabeena v. State of Kerala & Ors (2011), Madhu Limaye’s case (1969), and several others. The writ of habeas corpus has been referred to as the ‘queen of writs’ for a reason.

“The writ of habeas corpus is the oldest writ evolved by the common law of England to protect the individual liberty against its invasion in the hands of the executive or may be also at the instance of private persons. This principle of habeas corpus has been incorporated in our constitutional law and we are of the opinion that in a democratic republic like India where judges function under a written constitution and which has a chapter on fundamental rights to protect individual liberty, the judges owe a duty to safeguard the liberty not only of all the citizens but also of all persons….”.

But perhaps the most important conclusion of the Supreme Court in Ummu Sabeena is that since personal liberty is precious, the remedy of the writ of habeas corpus cannot be hindered by technical objections. This conclusion is of great significance as there has been much discussion about when a writ of habeas corpus would lie and whether it is restricted only to enforced disappearances or can also be invoked in a typical case of preventive detention.

Indian jurisprudence on the writ of habeas corpus allows the constitutional court to grant relief in a broad range of personal liberty cases. This may include a situation where a judicial or a remand order exists but has been passed without due application of mind or ascertaining whether or not sufficient material exists against the accused by the magistrate.

Also read: Our Republic and That Republic

The ratio of the cases in Manubhai Ratibhai Patel v, State of Gujarat & Ors. (2013) and Saurabh Kumar v. Jailor, Konelia Jail (2014) no doubt states that where a valid judicial or remand order exists, a writ of habeas is not maintainable. However, in these very cases, the Supreme Court had first satisfied itself that the magistrate had applied his mind thoroughly before passing a remand order.

In Manubhai Ratibhai Patel, the Supreme Court reiterated the duty of the magistrate to ascertain the sufficiency of material before remanding any person to police or judicial custody. It noted:

“The act of directing remand of an accused is fundamentally a judicial function. The magistrate does not act in executive capacity while ordering the detention of an accused. While exercising this judicial act, it is obligatory on the part of the magistrate to satisfy himself whether the materials placed before him justify such a remand or, to put it differently, whether there exist reasonable grounds to commit the accused to custody and extend his remand… It enables the magistrate to see that the remand is really necessary. This requires the investigating agency to send the case diary along with the remand report so that the magistrate can appreciate the factual scenario and apply his mind whether there is a warrant for police remand or justification for judicial remand or there is no need for any remand at all. It is obligatory on the part of the magistrate to apply his mind and not to pass an order of remand automatically or in a mechanical manner. It is apt to note that in Madhu Limaye, it has been stated that once it is shown that the arrests made by the police officers were illegal, it was necessary for the state to establish that at the stage of remand, the magistrate directed detention in jail custody after applying his mind to all relevant matters.”

The above principle outlining when a habeas corpus is maintainable was also discussed by a division bench of the Delhi high court in Gautam Navlakha v. State of Mahrashtra (2018). The Delhi high court had once again emphasised the importance of due application of mind by the remanding magistrate, particularly in cases where a person deprived of such liberty under the stringent Unlawful Activities (Prevention) Act had very limited recourse to bail. The Delhi high court order was challenged by the government in the Supreme Court but by the time it was finally decided, the investigation had already been transferred from the Maharashtra Police to the National Investigation Agency (NIA). In his order, Justice Arun Mishra did not set aside the Delhi high court judgment but held that this judgment would not act as a precedent, keeping all the questions of law raised therein open.

In Ummu Sabeena, the Supreme Court had reproduced a paragraph of the 1923 book, Law of Habeas Corpus by James A. Scott and Charles C. Roe, and affirmed that the correct position in law is that “a writ of habeas corpus is a writ of rights of very ancient origin, and the preservation of its benefit is a matter of highest importance to the people and the regulations provided for its employment under an alleged unlawful constraint are not to be construed or applied with over technical nicety and when ambiguous or doubtful should be interpreted liberally to promote the effectiveness of the proceeding.”

Therefore, an interpretation of the precedents in this regard lean towards a liberal interpretation overlooking the regular procedural or technical hinderances while granting a writ of habeas corpus. The position taken by the constitutional courts on the issue is crystal clear. Focus on the heart of the matter with a singular aim to disallow illegal detention and uphold personal liberty and not get bogged down by any procedural or technical obstacles that come in the way of deciding a writ of habeas corpus.

Whether or not the Bombay high court grants Arnab Goswami the remedy of habeas corpus will depend on its own interpretation of the law. But it must be alive to the very reason why this writ was incorporated in the Indian constitution in the first place: The importance of personal liberty is supreme.

Also read: Why Saifuddin Soz’s Failure to Secure Freedom from ‘House Arrest’ Should Concern Us All

The urgency with which the writ of habeas corpus was heard by the Bombay high court is praiseworthy. But this privilege isn’t available to everybody. Here I return to Kashmir and to that desolate record/inspection room in the J&K high court where hundreds of new files of habeas corpus petitions have been added to those dusty stacks on the shelves.

After the abrogation of the special status of J&K and its bifurcation and downgrade into two federally ruled territories on August 5, 2020, hundreds of petitions were filed by families of people who were picked up and detained for their political beliefs. These people belonged to varied political ideologies and even included three former chief ministers. One of them was a sitting member of the Lok Sabha. There were business leaders, senior members of the civil society, senior lawyers like the head of the Kashmir Bar and scores of other people who were arrested and taken away during a crackdown without providing any information to them or their kin.

The writ of habeas corpus is a time sensitive remedy. When the families of those detained during the August 5, 2019 crackdown approached the J&K high court or the Supreme Court, the cases dragged on and in the initial days, tough questions were not asked of the state authorities. Justifications by the state authorities for these detentions were based not on law but on political expediency. The courts’ ready acceptance of these arguments made by the Central government in these urgent writs of habeas corpus at the initial stages, was a disservice not so much to those in custody but rather to India’s constitution makers.

Of the 554 habeas corpus petitions filed after August 5 2019, the J&K high court has only decided 29 cases which is around 5% of habeas cases. The cases also lingered in the Supreme Court  which didn’t go into the merits of the detentions that were carried out to prevent people in Kashmir from protesting the arbitrary and unilateral abrogation of their special status and the dismembering of their state. In fact, the orders of detention were not decided on the merits of the individual cases because the Supreme Court in most cases stopped the proceedings once the government assured them that the detained person would be freed. This approach is fundamentally contrary to the very essence of a habeas corpus writ.

With the speedy disposal of the writ of habeas corpus in the Arnab Goswami case, I hope that every person who approaches our constitutional courts can get substantive justice in a timely manner.

Warisha Farasat is a Delhi-based lawyer.