With nuclear weapons increasingly being placed on the same military continuum as conventional weapons, the challenge of regulating their use becomes insurmountable. 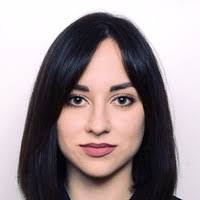 Nuclear weapons enjoy a separate and unique regime under international law. The majority of states struggle to establish a complete prohibition of nuclear weapons, as in the case of other categories of Weapons of Mass Destruction (WMD). In fact, in its only authoritative pronouncement on the matter, the International Court of Justice (ICJ) stressed ‘the unique characteristics of nuclear weapons, and in particular their destructive capacity’.

Yet in view of some recent developments, to be discussed below, this distinction has been gradually disappearing, with the line between nuclear and conventional weapons becoming blurred. This means that nuclear weapons are not stigmatised as their WMD counterparts, but rather have become conventionalised.

This piece is an attempt to, first, ascertain the progressing conventionalisation among the current trends related to nuclear weapons and, second, delineate its consequences for the international legal regulation of armaments. 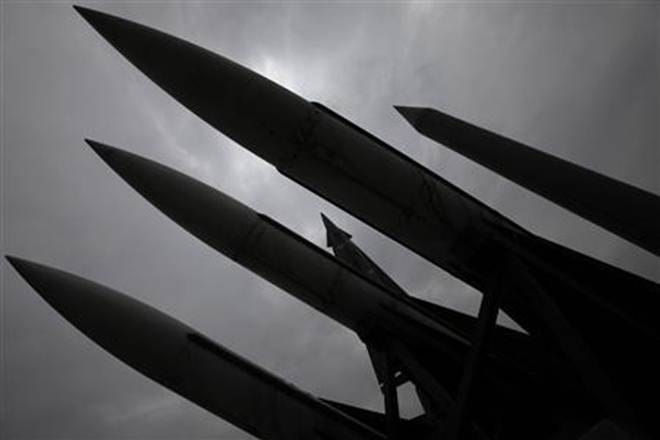 The collective nuclear arsenal of the world has been rapidly increasing with more and more countries acquiring nuclear capacity. Credit: Reuters

Nuclear weapons conventionalisation has been referred to as ‘nuclear entanglement’, which essentially means the merger of nuclear and conventional weapons. Broadly understood, it manifests itself in the following ways.

As early as in his Dissenting Opinion to the Nuclear Weapons Advisory Opinion, Mohamed Shahabuddeen, a judge of the ICJ suggested that assuming tactical nuclear weapons could be no more destructive than conventional weapons, they should not be less lawful than the latter. Hence, placing nonstrategic nuclear weapons (NSNW) at the top of ‘conventionalisation agenda’ is not a brand-new idea. Besides, it has recently been emphasised in national strategies.

The most striking example is, of course, the US 2018 Nuclear Posture Review (NPR), which radically departs from its predecessor in mandating the development of a range of nonstrategic low-yield nuclear options. The Trump administration considers this departure necessary as a response to Russia’s substantial reliance on and expansion of non-strategic nuclear arsenal, which considerably outstrips that of the US. At face value, this means that the two most powerful nuclear-weapon states have embarked upon the rapid expansion of their non-strategic nuclear options.

Such an approach depicting NSNW as quite a usable tool to advance military and non-military goals significantly lowers the threshold for the actual use. Such reliance on a limited nuclear strike can well lead to full-blown nuclear escalation, which the ICJ considered among the possible consequences of using low yield nuclear weapons.

Integration of nuclear and conventional planning and operations:

These developments are frowned upon for a number of reasons. They tend to erode the line between nuclear and conventional forces in the most palpable manner. They also increase the risk of adversary’s misinterpretation of the nature of an attack, which can simultaneously target ‘entangled’ capabilities.

Expanding range of scenarios for the use of nuclear weapons:

Much has been said on the expanded range of scenarios where US contemplates first use of nuclear weapons, also in response to non-nuclear threats. Although the US strategy is most widely discussed owing to its considerable departure from the previous pattern, other nuclear-weapon states either preserve deliberate ambiguity with regard to the possible use of nuclear weapons (eg  UK and France) or explicitly declare their readiness to balance an adversary’s conventional superiority with a nuclear strike (eg Russia and Pakistan).

Expanding the role of nuclear weapons beyond deterring nuclear threats alludes to an increased rationality and military utility of a nuclear strike. This further undermines the arguments that there exists opinio juris (an opinion of law) prohibiting recourse to nuclear weapons, except for the purposes of deterrence. In view of such developments, it is understandable why the ICJ refused to acknowledge that the non-recourse to nuclear weapons since 1945 had been due to such opinio juris rather than the absence of military necessity.

Finally, never before has it been so common for political leaders to boast of their states’ nuclear capacities. One may recall Vladimir Putin’s threats to deploy nuclear weapons in the course of Crimea crisis and against Baltic states, or his most recent brandishing cutting-edge nuclear technology with animated nukes striking Florida in an address to the parliament. Along the same lines, Donald Trump publicly threatened North Korea with ‘fire and fury’ and even with ‘total destruction’.

Although the ICJ refused to differentiate between nuclear and conventional weapons, when assessing the legality of the threat of nuclear weapons use (para 48), the state practice seems to have accepted a special standard for nuclear threats which is measured against the strategy of deterrence. For instance, UK’s High Court of Justiciary stated that ‘deployment of nuclear weapons in time of peace … is utterly different from the kind of specific ‘threat’ which is equated with actual use’ . Under this approach, states would only cross the line of nuclear deterrence and resort to the threat of using nuclear weapons if such a threat is specific enough, i.e. directed against a specific target.

Considering that the arbitral tribunal went so far as to equate the phrase ‘to face consequences’ to a threat of the use of force in Guyana vs Suriname, it is doubtful that states are still within the safe harbour of deterrence when directing their nuclear threats explicitly and specifically against other states.

Driven by analogy with other types of WMD, international law seeks to raise the threshold for using of nuclear weapons (or even contemplating such use) as high as possible. The adoption of the Treaty on the Prohibition of Nuclear Weapons (TPNW) is among the most notable developments to this end. Still, there is an observable tension between the movement towards nuclear weapons ban as enshrined in the TPNW and the trends described above.

International legal instruments like the TPNW are grounded on humanitarian considerations. In this particular case, the TPNW is meant to stigmatise nuclear weapons to the extent of their total abandonment by nuclear-weapon states. Considering that nuclear-weapon states refused to take any part in the ‘ban campaign’ leading to the adoption of the TPNW, it is reasonable to assume that such progressive stigmatisation (which can eventually generate a parallel customary prohibition) is the only way to endow the TPNW with pragmatic force. Analogy may be drawn with other disarmament treaties such as Convention on Anti-Personnel Mines Ban and Convention on Cluster Munitions: they contributed to the establishment of the customary prohibition of respective armaments even without directly binding all states possessing them.

However, when nuclear weapons are postured to be as usable as conventional ones, the normative boundary between the two is not hardened at all. No stigma is likely to appear for weapons possessing which is dictated and justified by strong military utility. As long as the conventionalisation of nuclear weapons is taking place, no binding obligations will probably proceed from the newly established TPNW regime, either as treaty rules or as a crystallising custom.

Along with the TPNW, the Treaty on the Non-Proliferation of Nuclear Weapons (NPT) is to bear a major part in the ramifications. The core obligation of non-proliferation under Article II is likely to be affected, since nuclear weapons, if conventionalised, make their acquisition by non-nuclear-weapon states more conceivable. Additionally, the deployment of tactical nuclear devices makes nuclear weapons more accessible and ‘proliferable’ in the technical sense, spurring their acquisition by non-state actors, particularly, by terrorist groups. This is an alarming possibility considering that the non-proliferation to non-state actors still constitutes a legal gap largely left to Security Council Resolution 1540.

Besides, the conventionalisation of nuclear weapons invites their advancement, which is hardly in line with the (allegedly customary) obligation of nuclear disarmament under Article VI of the NPT. States are not in compliance with their disarmament obligation ‘to achieve a precise result – nuclear disarmament in all its aspects’ when they engage in the ‘vertical proliferation’ (i.e. modernising their nuclear arsenals or expand the range of scenarios to deploy nuclear weapons).

Should the described trends gain traction, their impact will in no way be limited to nuclear weapons regulation, but extend to the whole set of rules on the use of force. In particular, the gradually vanishing line between the threat of use of force and nuclear deterrence will further blur. It is questionable whether teetering on the brink of threats to use nuclear weapons is still justifiable under the concept of nuclear deterrence, which the ICJ was careful to characterise as practice ‘adhered to by states’. Consequently, it is doubtful whether nuclear deterrence should enjoy such leniency with respect to the standard of the threat of use of force.

The jus ad bellum (right to war) requirements for self-defence may also be affected by nuclear entanglement. For instance, it is highly questionable whether a limited strike with tactical nuclear weapons to preclude a massive conventional attack fails to meet the standard of proportionality. Similarly, it is not that clear whether anticipatory nuclear strike against a missile equipped with non-nuclear warhead is unlawful, since a state intercepting such a missile can be misled by its dual-use capacity in view of nuclear entanglement.

The questions of similar nature will arise with respect to jus in bello (laws of war). With the gap between nuclear and conventional weapons narrowing, there is less room to assert that employing nuclear weapons should be contrary to the proportionality principle. Correspondingly, what concerns the lawfulness of belligerent reprisals conducted with the use of nuclear weapons, a pre-defined approach exclusively based on the ‘nuclear element’ is likely to give ground to the qualification irrespective of the type of weapons. To put it bluntly, the ICJ’s reasoning that the legality of the use of nuclear weapons shall be considered on the basis of case-to-case compliance with jus in bello seems to be regaining relevance.

While any radical transformation of the international legal regime governing nuclear weapons is still unlikely, there is definitely room for considering its adequacy for current challenges. In the near future we should be ready to make a choice of either raising the bar on the conventionalisation of nuclear weapons or easing this process. Simply put, international law may find itself in need of deciding whether it is better to ban nuclear weapons altogether rather than to regulate them.