The bench said the state's action violated Article 14 of the constitution and was an "unwarranted interference in privacy of people". 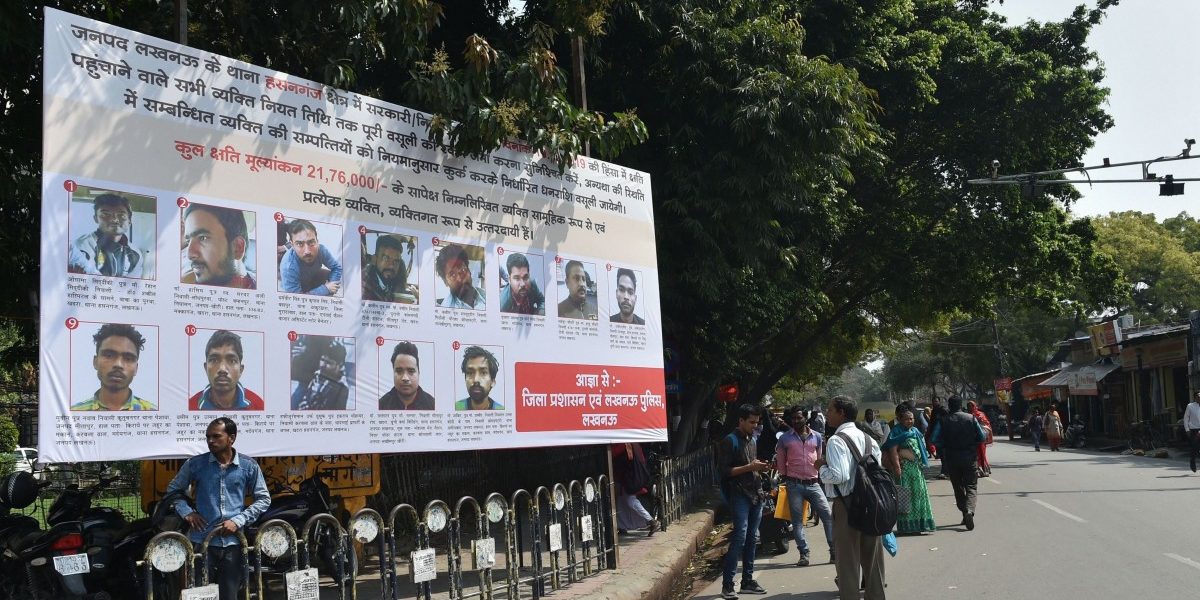 People walk past a hoarding in Lucknow. Photo: PTI

New Delhi: The Allahabad high court has asked the Yogi Adityanath government to take down all posters in Lucknow giving photographs and personal details of people involved with the anti-Citizenship (Amendment) Act protests.

A high court bench headed by Chief Justice Govind Mathur had taken suo moto cognisance of the matter. The bench said the state’s action violated Article 14 of the constitution and was an “unwarranted interference in privacy of people”, LiveLaw reported.

The district magistrate and police commissioner have been asked to submit a compliance report to the court by March 16.

On Sunday, in a special hearing, the Allahabad high court had orally asked the administration to take down hoardings. The attorney general, appearing for the state, responded by saying that this bench of the high court did not have jurisdiction, as the hoardings were in Lucknow.

The bench, also comprising Justice Ramesh Sinha, said in oral observations that the state’s action was “highly unjust” and that it was an absolute “encroachment” on personal liberty of the persons concerned. The court had taken suo moto cognisance of the hoardings, which contained the names, photographs and addresses of anti-CAA protestors the government is holding responsible for violence.

“Good sense should prevail on the State and it must remove the hoardings before 3 pm and apprise the court about this at 3,” LiveLaw quoted the bench as saying.

The AG, though, responded by questioning the court’s jurisdiction and saying that PILs should not be filed on behalf of “those who break the law”.

According to the Hindustan Times, the district magistrate and divisional police commissioner of Lucknow had been asked by the court to inform what law  was used to put up such posters on the city’s streets.

On Saturday, advocate Shashank Tripathi had filed a PIL against the hoardings. Several human rights activists and others have talked about how the hoardings put the people mentioned in danger.

Earlier this week, the BJP government in Uttar Pradesh had put up hoardings with the photos and home addresses of those it blames for the violence during the anti-CAA protests at strategic traffic points in the capital city.

The hoardings had reportedly been put up on Adityanath’s instructions. After violence broke out last December in Lucknow and other parts of the state, Adityanath had declared that his government would take “revenge” and attach the property of anyone involved in it. The police had video graphed people who had attended the protests in addition to identifying some protesters through closed-circuit cameras. Hundreds of people were arrested and accused of fomenting violence.

The UP government’s handling of the anti-CAA protests has been widely criticised. The government has slapped notices worth thousands of crores on those it blames for the violence. Retired Supreme Court judge Justice Markandey Katju, for instance, wrote in The Wire about the illegality of penalising protesters.