Aam Aadmi Party spokesperson said that the felling of the trees – numbering around 16,000-17,000 under the project – will have a "disastrous" effect on Delhi. 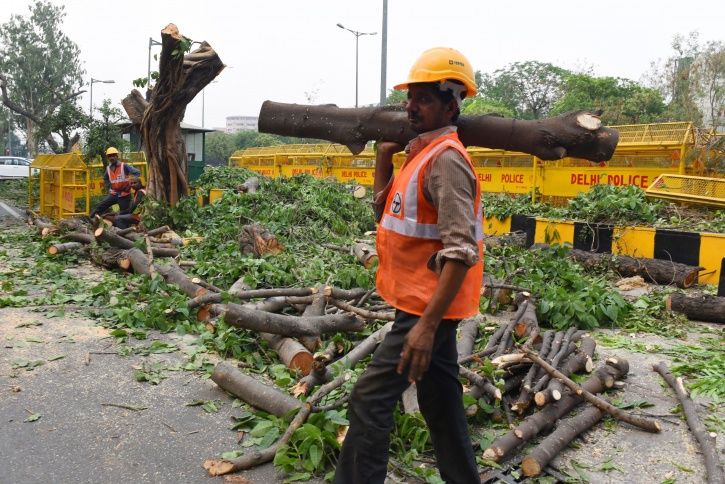 New Delhi: The Aam Aadmi Party (AAP) today demanded scrapping of the Union government’s redevelopment plans of south Delhi saying it would have a “disastrous” effect on the city. The AAP raised the demand while welcoming the Delhi high court’s stay on felling of trees for redevelopment project and asserted that its government in Delhi will not allow any more trees to be cut.

“The BJP leaders are evading the issue. If they want to save the trees, this project should be scrapped by the Centre,” said AAP spokesperson Saurabh Bhardwaj.

How can the national capital afford felling of over 16,500 trees for a housing project, the Delhi high court asked today.

Taking note of the views expressed by the court which appeared inclined to order an interim stay of the tree chopping process, the National Buildings Construction Corporation (NBCC), tasked with redeveloping half a dozen south Delhi colonies, agreed not to cut any tree till 4 July 2018.

Bhardwaj said the court also allowed the Delhi government to become a party in the case.

“The Delhi government will not only try to revoke the permission given earlier to fell trees, but it will also ensure that no new permission is given to cut them,” he said.

Bhardwaj also said the permission for cutting trees was given in “chunks”by the lieutenant governor and the total number stood between 16,000 and 17,000.

He also suspected that the project was aimed at “commercial” purpose instead of providing accommodation to the bureaucrats.

“The big complexes proposed to be constructed and the photos I have seen (of the project) appear to be for commercial exploitation and not for accommodating the bureaucrats.”

The felling of the trees, numbering around 16,000-17,000 under the project will have a “disastrous” effect on Delhi and the people are very anguished over it, he said.

The AAP spokesperson said the Centre should shift the project to any other place like Gurgaon, Noida, Rohini or Dwarka, if the cutting of trees was unavoidable.