The Supreme Court of India has already upheld the Brandenburg test for when speech is illegal. It is time now for the court to reiterate this principle via a constitution bench so that the right to free speech is not trampled upon. 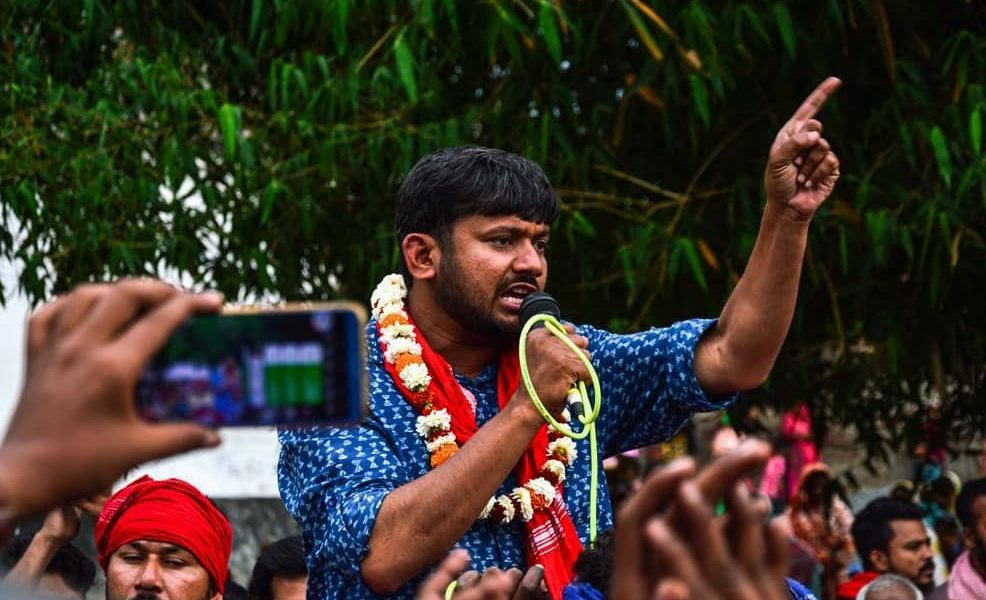 I am no supporter of Kanhaiya Kumar, as I have made clear earlier. Nevertheless, I do not believe that he or his colleagues committed any crime on the Jawaharlal Nehru University campus on February 9, 2016. Hence, I was surprised to read that the Aam Aadmi Party government in Delhi has sanctioned his prosecution for sedition.

The meeting on February 9, 2016 was to protest the hanging of Afzal Guru and support the struggle of Kashmiris. It is alleged that some students shouted ‘Afzal hum sharminda hain, tere qatil zinda hain‘. Even assuming Kanhaiya Kumar also shouted this slogan – which he denies – and the videos purportedly showing this were not morphed, I fail to see how this is sedition. Moreover, I myself have many reservations about the verdict of the Supreme Court in Afzal Guru’s case.

It is alleged that Kanhaiya and others shouted seditious slogans on that night in support of the demand of Kashmiris for azadi. Again Kanhaiya has denied he shouted any such slogan, but is demanding azadi a crime? I submit it is not, and it is protected by the freedom of speech granted by Article 19(1)(a) of the Indian constitution.

In that decision, which still holds the field today, the US Supreme Court observed, “The constitutional guarantees of free speech and free press do not permit a state to forbid or proscribe advocacy of the use of force or law violation, except where such advocacy is directed to inciting or producing imminent lawless action, and is likely to incite or produce such action.”

Though I do not approve of the demand of azadi (whether for Kashmir, Khalistan, etc ) I do not regard such a demand to be criminal. It will become criminal only if one goes further and commits violence or incites ‘imminent’ lawless action. Otherwise, by itself, such a demand is protected by the freedom of speech in Article 19(1)(a) of the Constitution.

The word ‘imminent’ in the Brandenburg test is crucial. It makes more defined and more rigorous the ‘clear and present danger’ test of  Justice OLiver Wendell Holmes of the US Supreme Court in Schenck vs US (1919). From that perspective, it becomes evident that Kanhaiya Kumar and his colleagues committed no crime. Perhaps the legal position was not correctly explained to the AAP government, and so I request them to reconsider their decision.

In fact the time has now come for the Supreme Court to start applying the Brandenburg test to a host of cases and issues which are coming before it, if it wishes to restore its image as the guardian of the fundamental rights of the people – an image which has been sullied of late by several of its recent decisions and actions.

If the Brandenburg test were to be applied,

(1) The detention of the 82-year-old Farooq Abdullah and Omar Abdullah and other Kashmiri leaders since August 5 last year deserves to be quashed.

(3) The arrest and detention of Prof Saibaba of Delhi University should also be quashed on the same basis.

(4) The arrest and detention of Sharjeel Imam for his speech in an anti CAA protest at Aligarh  should be quashed.

(5) The arrests of Prof Ambikesh Mahapatra of Jadavpur University who shared cartoons of Mamata Banerji, cartoonist Aseem Trivedi, who published a cartoon showing Indian politicians to be corrupt, journalists Abhijit Iyer Mitra, who posted a satirical tweet on the Konark temple, Tamil folk singer Kovan who sang of corruption by the late Jayalalitha in the liquor trade, Manipur journalist Kishorechand Wangkhem, who criticised chief minister Biren Singh, the arrest of journalist Pawan Jaiswal who published a report that children in a primary school in Mirzapur, UP were getting only roti and salt in mid day meals — all should have been held to be illegal applying the Brandenburg test.

The two decisions of the Indian Supreme Court mentioned above in which the Brandenburg test has been followed were two-judge benches. It is time now for an authoritative constitution bench (of five or more judges) of the Supreme Court to approve of the Brandenburg test. That alone can restore democracy in India, and the image of the Court as the guardian of the constitution and the fundamental rights of the people.