In his complaint, Amanatullah Khan said that he "holds the beloved prophet in highest esteem, therefore, cannot tolerate the blasphemous comments against him". 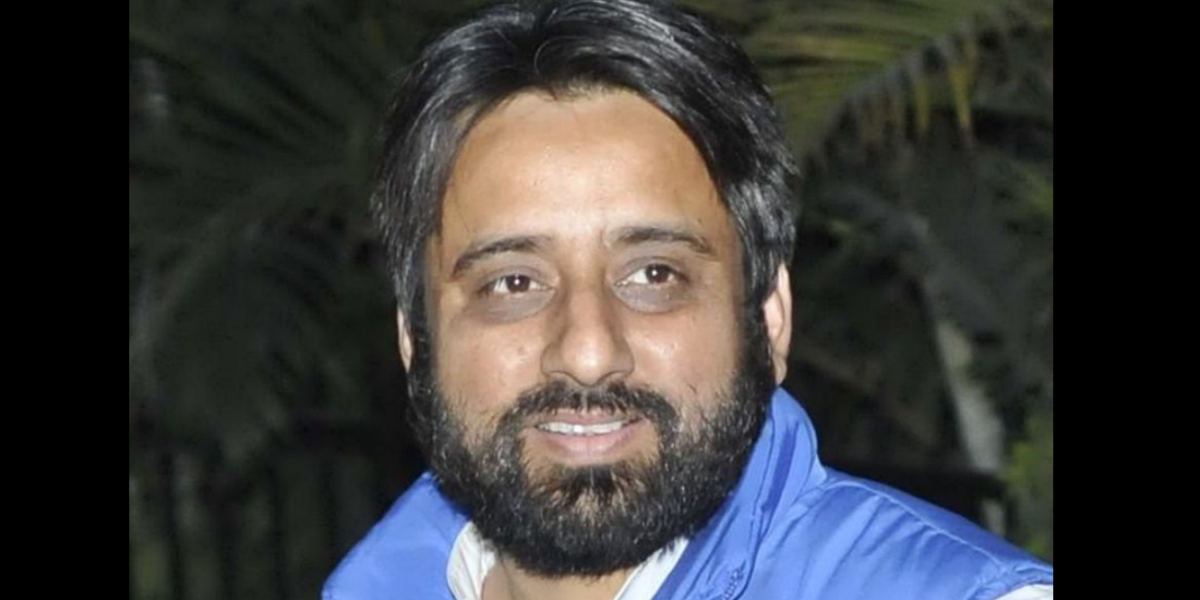 New Delhi: Aam Aadmi Party MLA and chairman of the Delhi Waqf Board Amanatullah Khan on Saturday filed a police complaint against Dasna Devi Temple head priest, Yati Narsinghanand Saraswati, at the Jamia Nagar police station. Later in the day, the police filed an FIR against Saraswati under Sections 153A (promoting enmity between different groups) and 295A (deliberate and malicious acts, intended to outrage reli­gious feelings) of the Indian Penal Code.

The move came after a video of Saraswati speaking at the Press Club of India, where he can be seen abusing Prophet Muhammad, went viral on Friday. Several social media users had also called on the Delhi Police to take action against Saraswati for hate speech

“There is a viral video clip in regard to the Blasphemy against The Prophet Muhammad (PBUH) is in circulation on social media was received and seen by the undersigned at his residence and since the residence falls when the jurisdiction of your police station,” the complaint read.

Referring to himself, Khan, in the complaint, said, “The undersigned is a practicing Muslim and believes in the doctrine of Islam, offers regular prayer, observes fast and strictly follow the five pillars of Islam. One of the foundational pillars of Islam is “La Ilaha Illahllah Mohammad-Ur Rasool Allah” which is adhered to by the complainant. Complainant holds the beloved prophet in highest esteem, therefore, cannot tolerate the blasphemous comments against him.”

“In this clip, there are uncouth words that are below the standards of being repeated (his hate speech is available on social media, that may be referred for details.) It is needless to say that such statements for cheap publicity and personal gain hurt the sentiments of Muslim section at large,” the complaint said.

It further said, “Yati Narsinghanand Saraswati who happens to be the chief priest of Devi mandir, Dasna, leader of hindutva organization, Hindu Swabhiman and president of Akhil Bhartiya Sant Parishad with all his knowledge and intention, has hurt the religious sentiments of the Muslim community, not only in India but all over the world who love and idolize Prophet Muhammad (PBUH.)”

The complaint also added that Sarswati was a habitual hate monger who frequently made “irresponsible” statements. “Therefore, this is apparent that his actions are well thought of and poignantly targeted against Muslims, their faith and sentiments,” it read.

Jamia SHO Satish Kumar told The Wire that an investigation in the matter was ongoing and appropriate punishment would be meted out if the accused was found guilty.

Khan had previously also called for the beheading of Saraswati. “…his tongue and neck both should be cut off, and he should be provided the harshest of punishment. The law of India does not allow us to do this. We have faith in the Constitution of the country,” the Okhla MLA had said in a tweet. The BJP’s Delhi unit condemned Khan’s remarks and alleged that members of the Aam Aadmi Party were responsible for riots in the national capital in February 2020.

AIMIM chief Asaduddin Owaisi had also slammed Saraswati, saying he insulted the Prophet. “Insulting Prophet (SAW) is unacceptable. Can these criminals acting as religious teachers get over their unnatural fixation with Islam? For something that you do not like, you do spend a lot of time on it. I’m sure there’s enough in your own belief system that you can discuss,” Owaisi tweeted.