Eleven persons are believed to have been involved in the serial bomb blasts, which killed about 73 people. 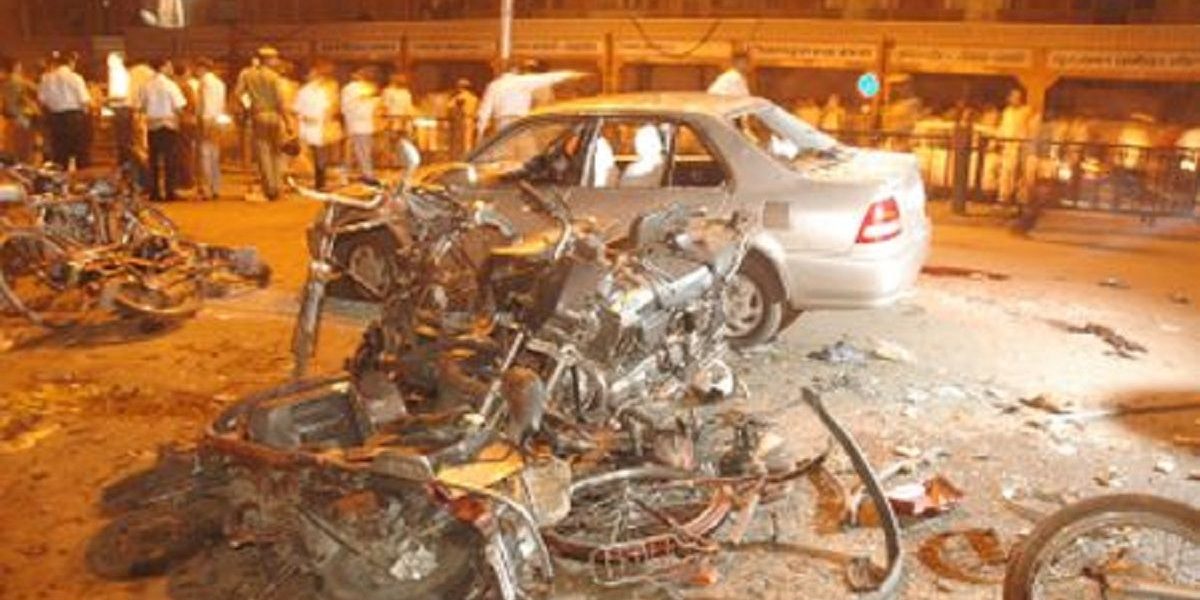 The scene of a blast in Jaipur. Photo: PTI

Jaipur: Pronouncing the judgment in the 2008 Jaipur serial bomb blasts case that led to the killing of about 73 people, a special court in Jaipur, on Wednesday, convicted four accused – Mohammad Saif, Salman, Mohammad Sarwar Azmi and Saiffurehman – and acquitted one accused, Shahbaz Hussain. 1,293 witnesses were examined during the trial.

On May 13, 2008, the walled city of Jaipur was shocked by a series of bomb blasts, beginning at Manak Chowk and followed by Hanuman temple in Chandpole, Hanuman temple in Sanganeri gate, Johri bazar, Badi chaupar, Choti chaupar, Tripolia bazar and Sargasuli.

According to the police, 11 members of the Indian Mujahideen were believed to be involved in the terror act. The Rajasthan Anti Terrorism Squad and the state Special Operation Group investigated the case and submitted the chargesheet against the five accused: Shahbaz Hussain, Mohammed Saif, Sarvar Azami, Saif-ur-Rahman and Salman.

The investigation found that Mohammad Saif and Mohammad Sarwar Azmi had set up bombs at Manak Chowk and Hanuman temple respectively. Saiffurrehman was said to have placed a bomb at Badi chaupar and Salman at Hanuman temple in Sanganeri gate area. However, the court couldn’t prove the involvement of Shahbaz Hussain, and therefore, acquitted him.

Human rights groups and civil society members have vigilantly objected to the framing of Hussain in the case. The People’s Union for Civil Liberties (PUCL) conducted an investigation into the case and presented a fact-finding report that rebutted the Rajasthan police’s claims against Hussain.

Rajasthan police had alleged that Shahbaz Hussain made transactions worth crores of rupees from his accounts to finance the terror attack. When the PUCL team checked his accounts in the IndusInd Bank and the SBI, the claims were proven wrong.

The police also claimed that Hussain had sent an e-mail from a cybercafe in Sahibabad in Ghaziabad between May 10 and 13, 2008, just before the blasts in Jaipur. However, verification of his call log suggested that he was present in Lucknow at the time.

Hussain’s identification by the owner of the cafe, more than five months after he allegedly visited it, had also raised obvious doubts.

Two others accused in the case – Mohammad Atif alias Mamu and Sajid Chota – were killed in the Batla encounter in Delhi. Other accused persons Sajid Bada, Mohammad Khalid and Sharan alias Manik are still absconding. One, Ariz Khan alias Junaid was arrested by the Delhi police last year and is presently lodged in the Tihar jail with Asadullah Akhtar alias Haddi and Ahmad Siddi alias Yasin Bhatkal.