According to the company, more than 95% of its employees are currently working from home. 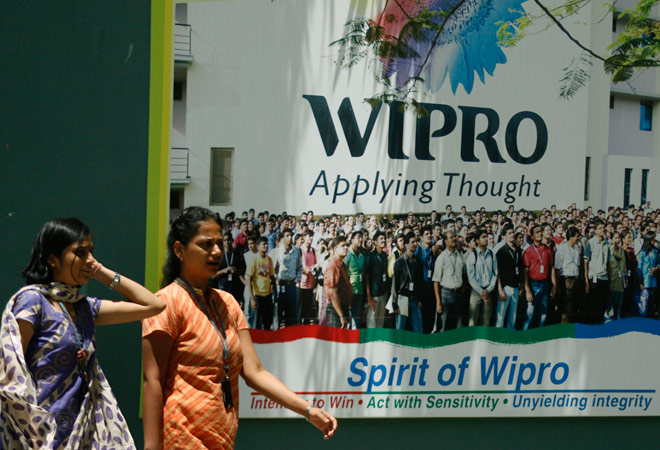 Bengaluru: IT services major Wipro has not laid off a single employee due to the COVID-19 pandemic and has no such plans in the near future despite taking various cost control measures, said its chairman Rishad Premji.

Speaking at the company’s 74th annual general meeting (AGM) held virtually on Monday, he also said that Wipro has de-risked itself from the H-1B visa dependency as more than 70% of its staffers in the US are locals.

“We have not laid off a single employee due to the pandemic. We don’t have any plans to lay off any employee,” said Premji, who took over the mantle of chairmanship from his father and Wipro founder, Azim Premji, last year.

According to the company, more than 95% of its employees are currently working from home (WFH).

“We will certainly work from the office but everyone coming to the office at the same time may not happen. In the next 12-18 months, it (our operating model) will be determined,” said Premji.

While the AGM saw disruption due to connectivity issues, most shareholders were appreciative of the steps taken up by the company to fight the COVID-19 pandemic. Some were even effusive in their praise of Rishad Premji calling him a ‘worthy son of a worthy father’.

However, the company’s board also faced some tough questions when some shareholders about the tepid performance of the firm as compared to peers and frequent CEO changes.

“Is Wipro changing its CEO frequently impacting its performance? Also, some reports suggest the new CEO seems to be drawing the highest salary in the industry,” Sadananda Sastry, a shareholder of the company, asked.

However, chairman Rishad Premji allayed the concerns raised by Sastry and replied that CEO change was necessitated due to resignation of former CEO Abidali Neemuchwala, owing to personal reasons.

On compensation of the company’s new CEO Thierry Delaporte, Premji said that two-third of the compensation is performance-linked. “So, if the company does well, the benefit will be shared between all shareholders,” Premji replied. According to Wipro’s annual report, its new CEO Delaporte could potentially earn up to Rs 40 crore per annum.

Meanwhile, the Bengaluru-headquartered firm’s new CEO, who joined the firm on July 6, emphasised that profitable growth would remain the core focus for the company in the coming years.

“Profitable growth will be the most important priority on my agenda. We will do everything to regain the momentum in the marketplace. Building on our strong foundation, we will make bold bets and stretch goals. We will aim to drive a high-performance culture even as we steadfastly hold to our cherished values,” said Delaporte.

Despite several steps to realign its operations for driving faster growth, Wipro has lagged its peers in multiple growth metrics in the past years. However, with Delaporte taking over as CEO, experts see Wipro’s rising prospects of faster growth with more large deal wins and strengthening of Europe business.