What Role Will 'Generation Timepass' Play in the 2019 Lok Sabha Elections? 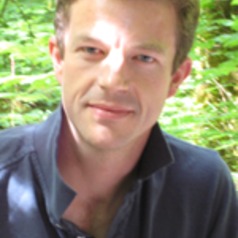 In the north Indian city of Meerut in 2004 and 2005, a small group of students used to tour central parts of the city talking about themselves as ‘generation timepass’. They had acquired several degrees but found themselves unemployed. Some eventually – and reluctantly – returned to farming. Some sought fallback work in the urban economy. What united them was a sense of being stuck ‘in between’ the poor and rich, rural and urban, childhood and adulthood. What also united them was a sense that in as far as they did work or study, they were doing so ‘vaise’ (haphazardly or without a full sense of purpose).

Timepass has become more of a problem since 2005. This reflects the failure of India’s economic growth to create large numbers of new jobs, especially in the current decade. Between 2011-12 and 2015-16, there was an absolute decline in the number of manufacturing jobs in India from 59 million in 2011-12 to 48 million in 2015-16. There has been a parallel fall in the availability of public sector service jobs, historically important in absorbing educated youth from rural and small town India.

Both outright unemployment and underemployment have spiralled in this context. National Sample Survey Office figures show that the rate of outright unemployment in India, which was never above 2.6% between 1977 and 2012, now stands at 6.1%. The figure for youth aged 15-29 is a staggering 16%. The number of 15-29 year olds in India who are “Not in Employment, Education or Training” (NEET) – ‘generation timepass’ – has risen from 70 million in 2004-05 to 116 million in 2017-18.

In addition to NEETs, there is a reserve army of disgruntled youth who have returned to agriculture. During the 2000s, the numbers of youth in farming declined. But in the following decade, the numbers in agriculture have increased markedly. This has occurred while agriculture in many parts of India is becoming rapidly less remunerative.

Recent sociological accounts of unemployed youth highlight three points that numbers alone cannot capture. First, they highlight the powerful sense of anxiety and social suffering associated with unemployment. A sense of being out of time or of being unable to participate in ‘adulthood’ often compounds unemployment and underemployment. Un/under-employment often triggers a deep existential crisis manifest in a sense of disorientation, boredom and shame.

Second, qualitative studies show that the jobs crisis is not simply about employment but also fundamentally bound up in surrounding social conditions. In many northern states in particular, poor-quality education, weak health services, inadequate road infrastructure and widespread bureaucratic malpractice seriously impede young people’s attempts to escape unemployment, and this is often especially the case for ‘lower’ castes, women and those from more remote, rural areas.

Most notably, and outside of a tiny elite, Indian youth are usually unable to acquire good-quality higher education that might provide opportunities for retraining or a basis for developing successful entrepreneurial careers. Indeed, the combination of poor occupational outcomes and low-quality tertiary education in many parts of India has led to a type of substratum of educational cynicism among many young people that in 2019 is stronger and more pervasive than the sense of ‘vaise’ I encountered in 2004 and 2005. Youth ‘surf’ poor-quality educational ecosystems, desperately seeking opportunities for genuine skills or credentials.

Third, emerging reports on the social lives of India’s unemployed youth highlight the difficulties that many young people encounter in the 2010s in expressing political ideas. During the 2000s, when I carried out intensive research in Uttar Pradesh, youth were using student politics and public mobilisation to voice demands. But recent government attempts to police university campus politics as well as a more general decline in opportunities for civic activism have closed some of these channels for protest and action.

Youth do remain important at the everyday level in expressing social ideas and mobilising for change. But coordinated urban youth action on issues such as unemployment and poor-quality higher education are not well developed. Generation timepass are simultaneously economically, socially and politically disempowered.

The implications of this phenomenon for the forthcoming elections is unclear. Indian youth are not often or as evenly as one might imagine blaming the ruling party for the current jobs crisis. ‘Jobless growth’ long predates the Bharatiya Janata Party’s current tenure in power. It appears to be a key feature of India’s social and economic predicament since the early 1990s – and since the early 2000s in particular. To be sure, Prime Minister Narendra Modi may have unwittingly intensified the problem at the level of perceptions by raising aspirations, and he has certainly not been able to provide a policy quick-fix to endemic joblessness. But widespread unemployment cannot be laid at the door of the BJP in any straightforward way.

Generation timepass may have a decisive impact on this election, reflecting the numeric weight and disgruntlement. But the direction of their votes is very difficult to predict.

Craig Jeffrey is Director of the Australia India Institute and former Professor of Geography at the University of Oxford. He is the author of two books on Indian youth unemployment: Degrees without Freedom: Education, Masculinities and Unemployment in North India (with Patricia Jeffery and Roger Jeffery) and Timepass: Youth, Class and the Politics of Waiting in India – both books with Stanford University Press.