In Photos | Why Varanasi's Weavers Are Worried About Their Business

Several weavers claim that the problem of long and random power cuts has actually increased in last couple of years. 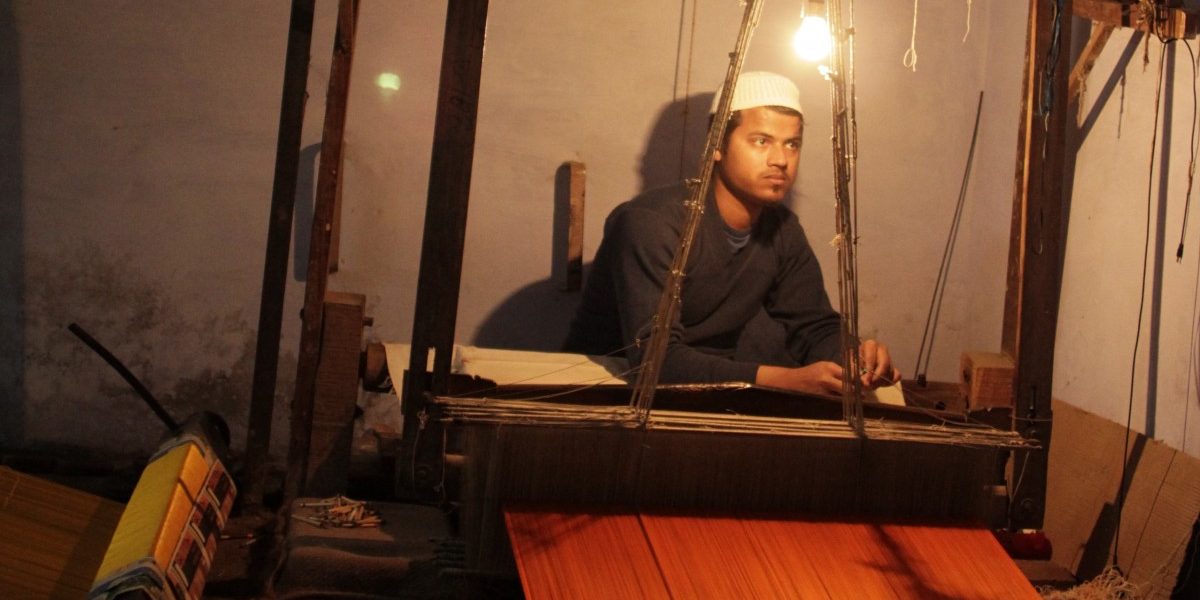 Varanasi: The lanes of Peeli Kothi – a nondescript locality famous for Varanasi’s silk weavers – once used to buzz with activity. But today, all one can hear are stories of misery. The weavers are worried about their livelihoods, thanks to demonetisation and the Goods and Services Tax (GST).

The Ansaris are a famous community of weavers, known for their impeccable Banarasi saris. The community was instrumental in obtaining the Geographical Index (GI) in 2009 for Banarasi products, in an effort to capture a global clientele. Famous designers like Rohit Bal, Tarun Tahiliani, Sabyasachi and the likes source their fabric from here. But this has not ended the weavers’ woes. 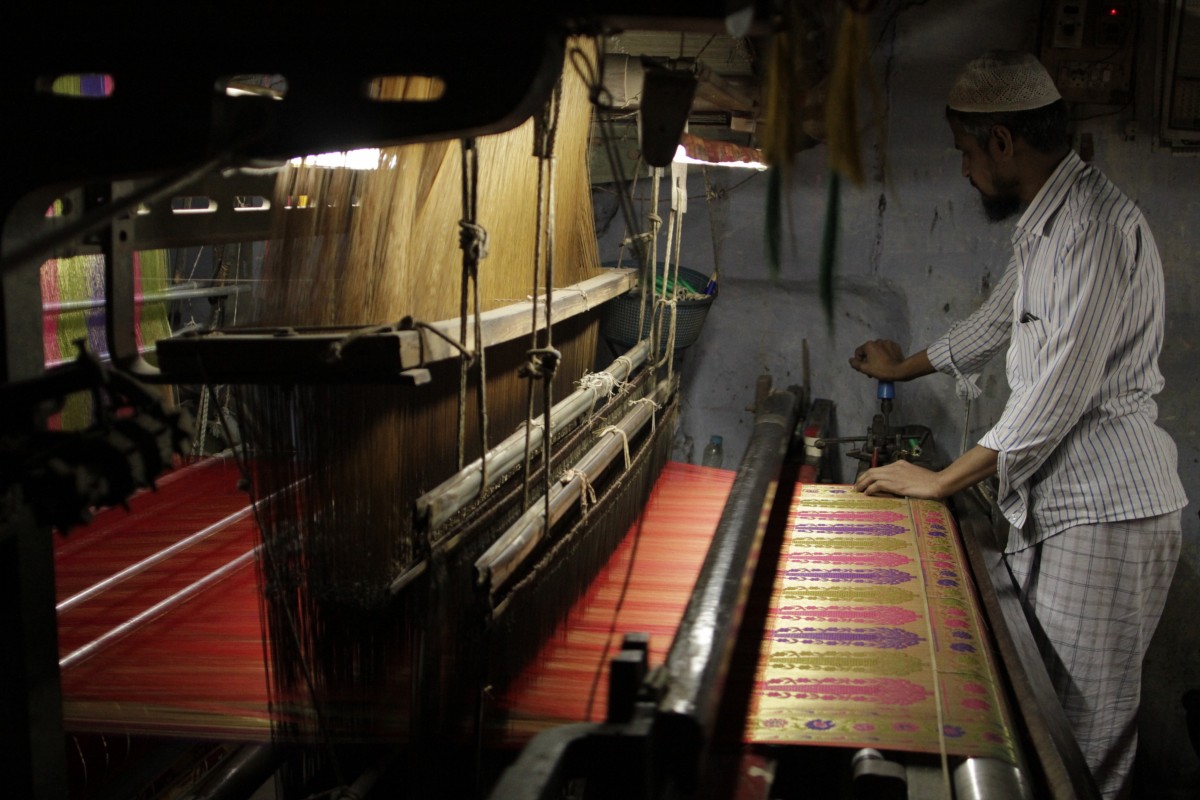 An expensive Banarasi sari being woven at a power loom. “Governments come and go, without bringing any significant changes for us. However, under the UPA government, we were at least able to secure the GI tag; before that our designs and styles were being stolen and everything was being called a ‘Banarasi’ product,” said Mohammad Ansari, who runs a handloom factory and also owns a shop, ‘Kasim Sarees’. Ansari said even online sales have not helped them grow their businesses as issues like random power cuts (a longstanding problem in Varanasi) coupled with demonetisation and GST have made things too difficult.

“Before demonetisation, demand was soaring – and then suddenly we lost a big chunk of the business. As soon as we recovered from that, GST hit us,” he added. 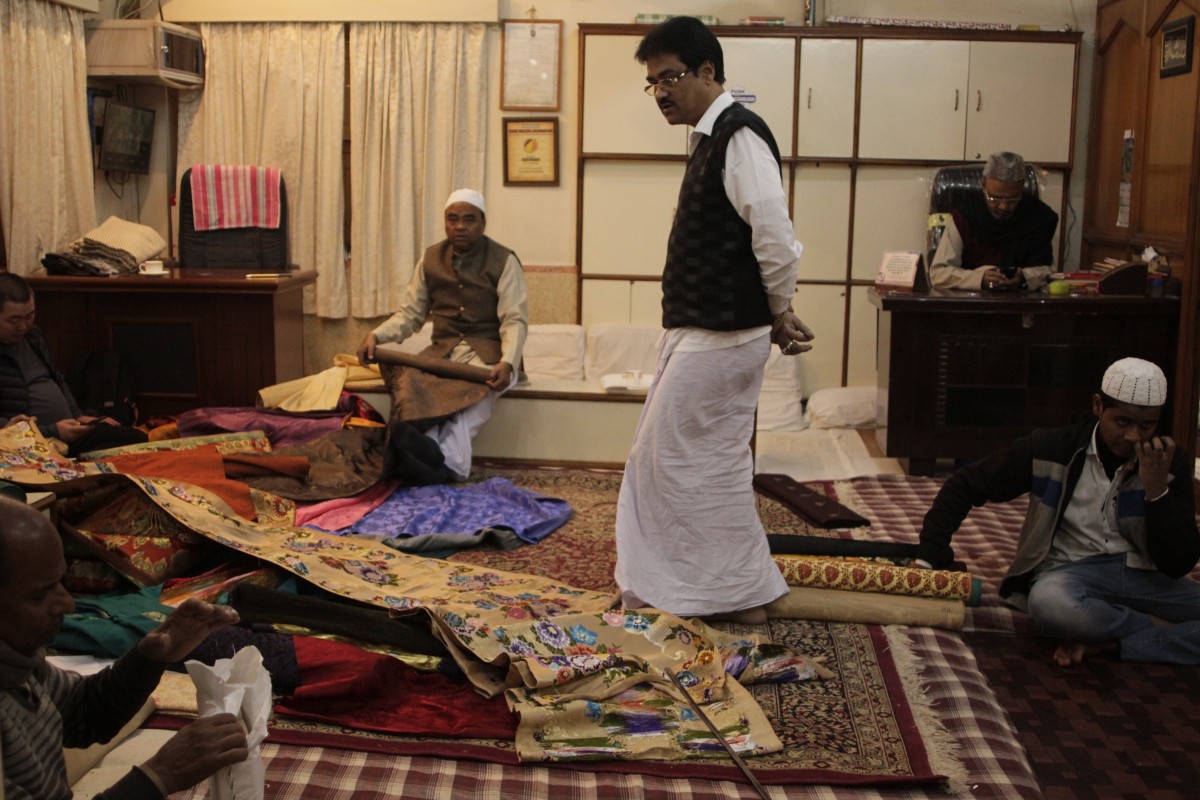 A retailer in the alleys of Peeli Kothi. A weaver working on an old power loom.

Several other weavers also claim that the problem of long and random power cuts has actually increased in last couple of years.

“Suddenly the loom falls silent and immediately the business goes into a recess,” says Adnan Ansari. “If production is not enough, we cannot compete in the global market. There is enough demand, but we have lack support from the government to meet production requirements.” Adnan added that the option of generators is expensive.

According to him, earlier when he had to pay value added tax and toll tax, it was much cheaper. Today, when he has to file GST every month, it is not just time consuming and tedious but also burns a larger hole in his pocket.

Recently, after the ‘Namami Ganga’ project was announced by government, the weaver community is facing another challenge – disposing of the dyes which are considered polluting. According to the weavers, the government should take adequate steps to set up filter plants that will be beneficial for both the weaving community and the government.