Why Adityanath’s Simplistic Migration Commission Is a Non-Starter

The commission, set up as a knee-jerk step to quell public anger, is unlikely to have the authority, depth or time to develop an understanding of workers' predicaments. 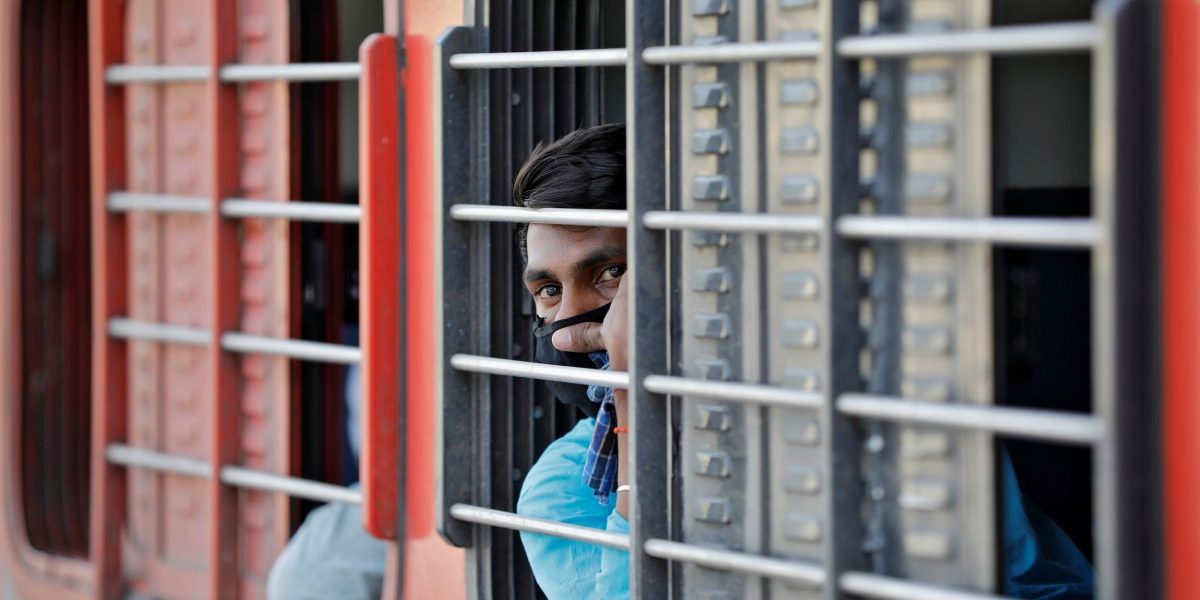 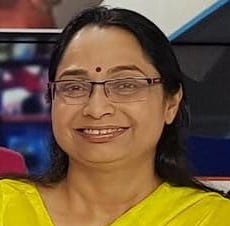 In the past few months, we have borne witness to disturbing stories and images of people, struggling to find their way back home.

The tragedy that migrant workers have been subjected to is further compounded by the fact that they continue to face challenges in almost every sphere of life. They are forced to return to their native villages as they have no source of employment, no social security net and have been abandoned by callous governments, which have opted to preoccupy themselves with publicity campaigns to build legitimacy during a time of crisis rather than dealing with the immediate problem at hand.

While the efforts to bring back such workers through railways and other means of transportation are commendable, it must be noted that the central government’s ill-planned response to the outbreak of the coronavirus led to the largest mass migration in recent Indian history.

Uttar Pradesh is the recipient of the largest number of migrants coming into the state via shramik trains. These migrant workers are returning to a state which is laden with debt – with the Adityanath government’s failure to push for more funds for the state as a special relief package in view of the crisis – with no major sources of employment – most of the MoUs signed during flashy UP investment summits have not materialised into any investment – with depressed demand and a huge unskilled labour force.

Uttar Pradesh chief minister Adityanath has directed the setting up of a Migration Commission for the employment of labourers returning to the state. Since the government has failed to provide information on the constitution, powers and role of the commission so far, we can surmise the terms of reference of the commission from newspaper reports. These include:

The UP government may add additional terms, as it is quite evident that this commission does not have a great deal of planning behind it – details are not one of the chief minister’s strong suits.

This measure, however, does reveal certain flaws in the state government’s planning and approach itself. Unfortunately, it also suggests that the commission will not have an impact on the migrant crisis or bring about a systemic change.

First, the decision reflects a failure to recognise the push and pull factors that led to such migration in the first place. The government’s lack of empathy for the migrants shows that it has failed to understand that migration for most is a compulsion and empty assurances do little to change the circumstances which compelled them to migrate in the first place.

While the decision to declare that all migrants will be provided with employment within the state may grab headlines, it is still not clear how the commission is going to accomplish this, when several government departments, investors summits, schemes (such as One District One Product) and the chief minister himself has failed to do so. Limited non-agricultural employment options, coupled with depressed agricultural wages and incomes, close to no social security and a general lack of life opportunities have come together to create a complicated problem, which cannot be addressed by government bodies working in silos. 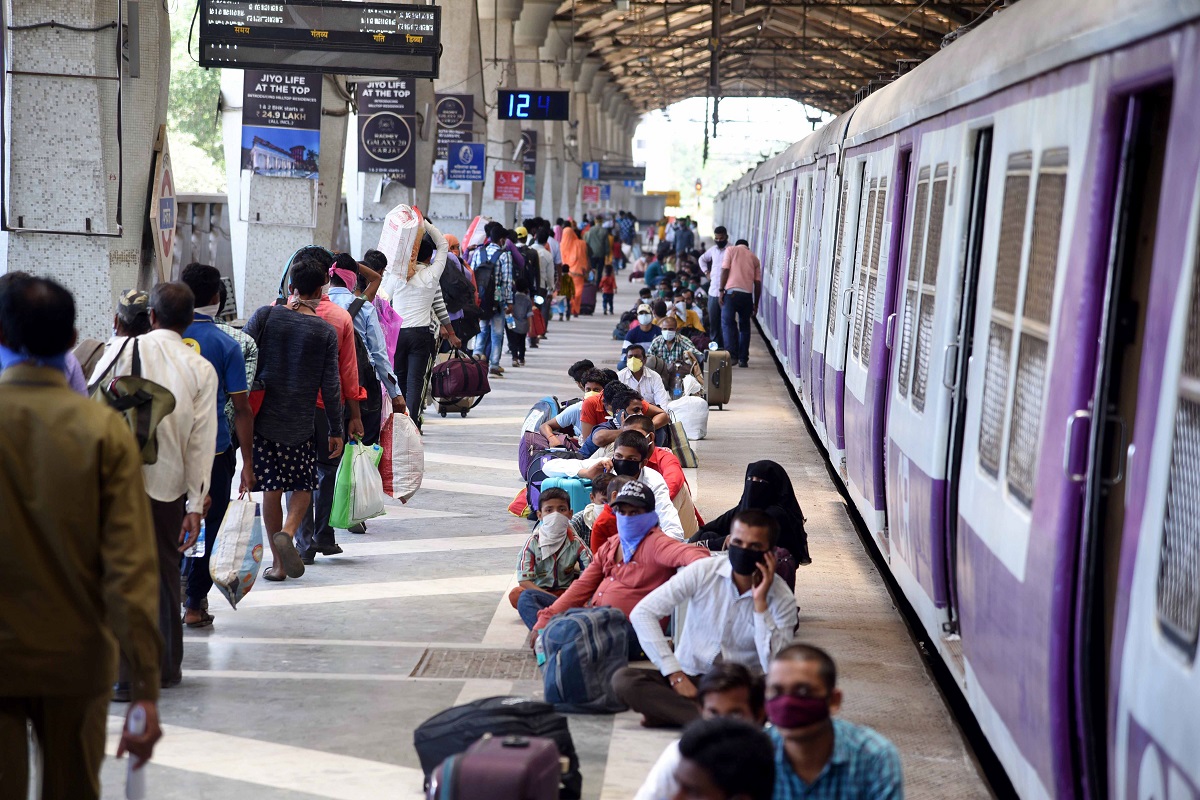 Second, Yogi Adityanath’s government has adopted a bureaucratic style of functioning by conflating the constitution of commissions, schemes and funds (much like the central government) with a solution to the problem. The chief minister is being led to believe by his counsellors that appointing a group of bureaucrats or pro-government experts guarantees outcomes. Indian government and bureaucracy have unfortunately proven this to be incorrect.

A commission may prove to be the source for innovative solutions and a deeper understanding of the problem when it is manned by independent experts. However, with the current regime’s fear of criticism, this is unlikely to happen. There is no evidence to suggest that such commissions have played a constructive role, when it comes to the implementation of solutions. They become an additional layer of bureaucratic oversight, at best, and an obstacle to field level functionaries at worst.

Third, the government has also exhibited shocking ignorance to the extent of wilfully disregarding the details in this plan.

How will the commission work with other implementation agencies already working in the areas within its ambit? How will it coordinate with other states for the so-called “permissions”? Will the “permissions” close off the only source of employment that our migrant labourers have currently? Who will be responsible for skill up-gradation when the much-touted “skill mapping” is completed? Who will be part of the commission? How will the influx of migrant workers impact the agricultural labour market and what steps are to be taken to address this issue?

These are just a few amongst several details the government has failed to share and quite possibly not worked out yet. One of the reasons for this omission may be that it is difficult to hold something or someone accountable if their roles are not spelt out clearly. This commission is likely to be another example of this misstep.

Fourth, there is a complete lack of engagement with underlying factors that led to the problem. For example, while the commission’s mandate includes a “social security net” for migrants, the state government is silent on why the plethora of social security schemes did nothing to quell the plight of our workers. Nor has the government indicate what level of social security should be assured to such workers and whether the question of a universal basic income should be taken up now. Any body which refuses to develop an in depth understanding of the problem and alternative solutions, is unlikely to have any structural impact.

Finally, by opting for the beaten path of commissions and “new government schemes”, rather than rationalising of existing structures and designing policies based on hard data, the government has proved that it has run out of ideas. This becomes particularly serious when we consider the post-COVID-19 world. The chief minister has no answers to the problems of employment, skill up-gradation and investment in the face of depressed demand other than “setting up a commission”.

In the face of no clear policy directions, we risk losing a whole generation. During such a critical time, we are left with helmsmen (both at the state and the centre) who do not know which route to take and are dismissive of any inputs. Falling short of criticising the chief minister’s competence to lead our state, we may safely assume that with the misguided advice he is currently receiving, he cannot lead us out of this crisis. While he may be able to posture and position himself as a “decisive” leader, he must take time to evaluate his own decisions, as they are likely to have an irreversible impact on our future.

All the factors above suggest the chief minister has again fallen prey to making announcements without substance. But policy decisions must be based on facts and data rather than pompous gestures. Yogi Adityanath has been vulnerable to rash decisions based on shallow advice before, such as the ordinance suspending labour laws for three years.

The state government was led to believe that labour laws were the only obstacle to investment in Uttar Pradesh. Labour laws were suspended, without taking the time to understand the protections they afford and the other, much more acute, barriers to investment the state faces today.

Yogi Adityanath has attempted to cultivate the image of a “bold leader”. This has been amplified by the complete lack of leadership shown by the rest of the party in the state. However, he must recognise that when it comes to government policy a “bold” decision, is not always the right one. The migrant commission has been set up as a knee jerk step to quell public anger and pacify the media, is unlikely to have the authority, depth or time to develop an understanding of the problems that face our brothers and sisters when they are forced to leave their homes in search of better lives in other states.

Juhie Singh is the ex-chairperson of UP State Commission for Protection of Child Rights (UPSCPCR) and a spokesperson for the Samajwadi Party.