A Simmering Unemployment Crisis in India

Amongst all the criticism, the Centre has been tight-lipped about employment data post demonetisation.

This is the final article of a four-part series on India’s urban schemes. Read the first part here, the second part here and the third here.

The issue of ‘unemployment’ is being widely discussed across India. The National Sample Survey Office (NSSO) data for 2017–2018 says that the unemployment rate hit 6.1%, the highest in 45 years. Even the opposition has intensified its criticism of the present government, which had promised to create 2 crore jobs each year.

In a recent interview, in response to questions on India’s unemployment crisis, Union minister for road transport and highways and shipping and water resources, Nitin Gadkari, said, “Unemployment is not a problem created by BJP in the last five years” and that the current government has taken many steps to create new jobs in the country.

Although the government claims that employment generation and improving employability are its priority, data from the Ministry of Labour and Employment presented at the winter session of the Parliamentary in 2018 reveals a different story.

Also Read: On May Day, a Look Back at the Indian Worker’s Friends and Foes

Drop in employment generated under urban and rural schemes

Recruitment under the Central government is primarily through various recruitment agencies such as the Union Public Service Commission (UPSC), Staff Selection Commission (SSC), Railway Recruitment Board (RRB), etc. Besides these, many Ministries and Departments have their own recruitment mechanisms for certain posts in their domain. 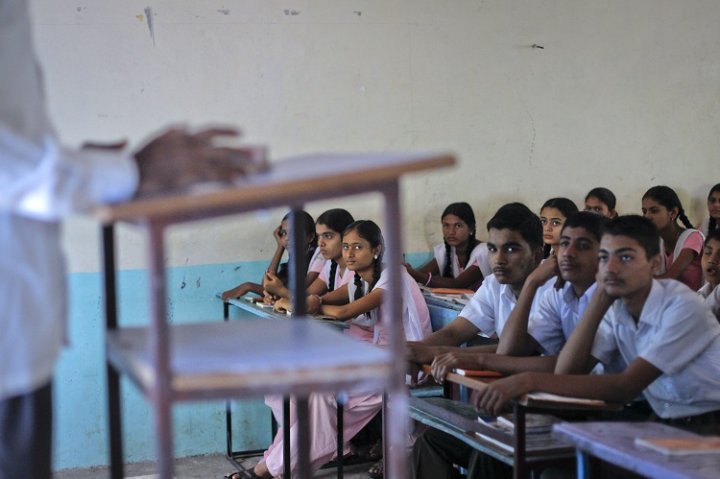 Has the government failed on its promise to provide jobs for new entrants to the labour market? Credit: Reuters

The number of persons recruited through these agencies of the Central government provided in the Ministry of Labour and Employment records is presented in Table 2.

Although the Ministry of Labour and Employment initiated the National Career Service (NCS) in 2015 – a job portal to bridge the gap between the job seeker and the job provider – it misdiagnosed the root of the problem as very few jobs were created in comparison to the demand for jobs.

Various ministries and departments run skill development schemes across various sectors with an objective to provide demand-driven skill training linked to placement and self-employment. For example, under the Ministry of Skill Development and Entrepreneurship, short term training is imparted through Pradhan Mantri Kaushal Vikas Yojana (PMKVY) and placement data is reported within 90 days of certification of trained candidates.

Under PMKVY, placement figures show that out of the 18.42 lakh certified candidates (who were eligible as on 31.08.2018) only 10.1 lakh or 55% could be placed. Placement details in respect of schemes of other Ministries and Departments during 2017–18 are as given in Table 5.

What does this mean for India?

After the release of NSSO data, the leader of opposition Rahul Gandhi said the report revealed “a national disaster”. Amongst all the criticism, the government has been tight-lipped about employment-unemployment data post demonetisation. When questioned in the Parliament about the current unemployment rate, the Minister of Labour and Employment, Santosh Gangwar replied, “there is no data available on unemployment subsequent to the period of demonetisation”.

Over the last couple of years, although India’s economy has been growing rapidly by about 7% annually, the widening gap between the demand and supply of jobs indicate an uneven growth pattern. As a result, young people make up a significant share of the unemployed, with 18.7% of urban males aged between 15–29 years without work, and an unemployment rate of 27.2% for urban females in the same age group. The data presented so far indicate that the unemployment crisis in the country is imminent.

Shaguna Kanwar works with Youth for Unity and Voluntary Action (YUVA) as a project coordinator – national programmes. Among other things, she works on data analyses of parliamentary sessions and advocacy with MPs on issues of urban poverty and informal labour. YUVA has conducted an in-depth analysis of the questions raised in the Indian parliament on urban issues in 2018 and you can read the complete report here.