Around 20 crore workers are expected to participate. 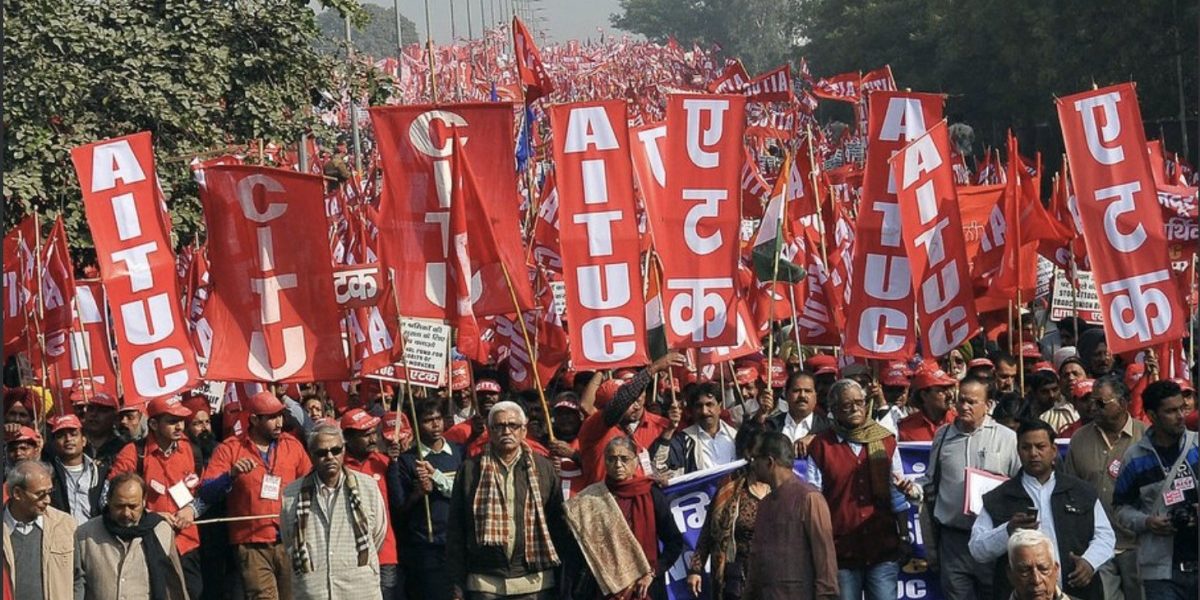 “As many as 10 Central Trade Unions (CTUs) have joined hands to go on a 2-day nationwide strike from tomorrow. We expect 20 crore workers to join the strike.

“This is the largest number of workers from formal and informal sectors joining the strike against anti-people and anti-worker policies of the BJP-led central government,” Amarjeet Kaur, general secretary of AITUC, told reporters here in a joint press conference of the 10 CTUs.

She said sectors like telecom, health, education, coal, steel, electricity, banking, insurance and transport among others are likely to support the strike.

“We will go on protest march from Mandi House to parliament in New Delhi on Wednesday. Similar protests would be done across the country,” she said.

“We have given suggestions on labour codes. But during discussion…trade unions’ demands were rejected. We went on strike on September 2, 2016. We also did 3-day ‘Mahapadav’ (agitation) from November 9-11 in 2017. But the government did not come for dialogue rather went ahead with unilateral labour reforms,” she said.

“The government has failed to create jobs and grossly ignored unions’ 12-point charter of demands. The group of ministers headed by finance minister Arun Jaitley on labour issues has not called unions for any discussion since September 2, 2015 strike. This has left us with no other option but to go on strike,” Kaur said.

In a joint statement, the CTUs also alleged that the government undermined tripartism and continued its “aggressive attack with arrogance on the lives and livelihood of the working people.”

They are also opposed to the proposed amendments in Trade Union Act, 1926 saying those are irrational and extremely damaging to the independent functioning of unions.

The unions claim that farming communities through their associations have also extended support to the strike. Student and teacher organisations of various universities have also declared support, the statement said.