At least 24 people have been confirmed dead in a massive explosions at an illegal firecracker factory at Batala in the Gurdaspur district of Punjab. Photo: PTI

Zomato lays off 540 employees, says jobs will be automated

Popular restaurant discovery and food delivery platform Zomato has laid off 540 employees from its customer support team, saying jobs will be automated and those let go will receive two to four months of severance pay, Economic Times has reported. This is the biggest round of layoffs at the company, and has resulted in the reduction of 10% of its total employee strength.

“Over the last few months, we have seen our technology products and platforms evolve and improve significantly. We have dramatically improved the speed of service resolution, such that now only 7.5% of our orders need support (down from 15% in March),” the company said in a statement on Saturday. However, it insisted that it was not cutting costs, and cited figures of fresh hiring across functions this year.

“Zomato had earlier laid off close to 300 employees in early 2015, or 10% of its staff, due to cost-cutting,” reported LiveMint.

Sounding an alarm on future job losses due to advances in automation, Analytics India Magazine has argued for ‘upskilling’ of workers as a probable solution. A recent survey by IBM found, “More than 120 million workers globally will need retraining in the next three years due to artificial intelligence’s impact on jobs.” A recently-released report by the global commission on the future of work put together by the International Labour Organisation also argued for reskilling and upskilling of workers to keep humans at the centre of the world of work in the age of artificial intelligence. “Today’s skills will not match the jobs of tomorrow and newly acquired skills may quickly become obsolete,” it said.

While Union finance minister Nirmala Sitharaman blamed millennials preferring cab aggregator services like Ola and Uber for the slump in auto sales, she offered little explanation for automobile giants cutting production in even the heavy motor vehicles segment. According to a report in The Hindu, “Commercial vehicle sales – which are usually seen as an indicator of the economic activity in the country, tumbled nearly 39%.” Recently, Ashok Leyland also announced a pan-India cut down on working days, citing weak demand.

With automobile sales witnessing the worst crash in two decades, there have been production cuts and layoffs across the sector. Contractual and temporary workers have been the first to be hit and the auto ancillary industry that thrives on an ecosystem around production plants of big manufacturers has also been severely affected.

Manesar and Gurugram in Haryana are two such hubs of auto ancillaries that produce auto components for original equipment manufacturers. With a slowdown in production, contractual and temporary workers have been sent on leave. A team from The Wire that visited the area witnessed palpable fear among even permanent employees that they might lose their jobs. A joint council of trade unions of Gurugram has submitted a memorandum seeking government intervention to protect workers who they say are being fired in the guise of a production slowdown.

A ground report from Scroll.in documents stories of many such auto workers who have been laid off and are struggling to find new job opportunities.

At least 24 people have been confirmed dead in a massive explosions at an illegal firecracker factory at Batala in the Gurdaspur district of Punjab. “The incident occurred as the workers inside were grinding potassium to fill in the crackers ahead of Diwali,” Inspector General (Border Range) S.P.S. Parmar told HuffPost India.

This is the most recent among many such incidents of workplace accidents, highlighting a lack of robust inspections and preparedness concerning occupational safety and hazard. On August 28, “at least 13 people were killed and 72 others injured in an explosion at a chemical factory in Maharashtra’s Dhule district,” Indian Express reported.

Even though they seldom make national news, the number of workers dying in such avoidable accidents are quite alarming. “Every day, 47 factory workers are injured and three die in accidents. Data from the Labour and Employment Ministry reveal that in three years (2014-2016), as many as 3,562 workers have lost their lives while 51,124 were injured in accidents that occurred in factories across the country,” says a report in Hindu Businessline.

An expert committee headed by labour economist Anoop Satpathy, had recently suggested a needs-based national minimum wage of Rs 375 per day or Rs 9,750 per month as of July 2018, irrespective of sectors. However, Telegraph has reported that the government has overruled the panel and is now considering setting up a new committee of bureaucrats to determine a lower floor wage. 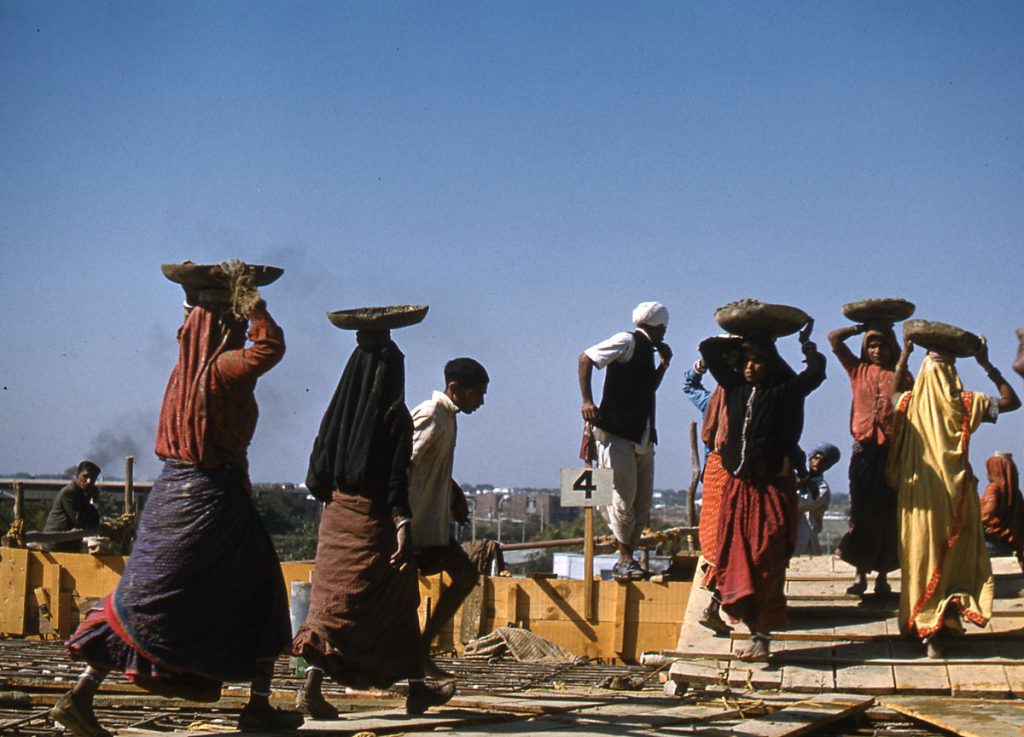 Minimum wages in India are the lowest in the world when compared to other large economies.

“They said the main reason behind the Centre’s decision to let a new committee supersede the previous panel was that the experts did not concur with the feedback the government had received internally in their recommendation,” the report said.

There have been heated debates around what an ideal minimum wage should be and if they need to be uniform throughout the country. While trade unions argue that they should be decided in accordance with the Supreme Court’s judgment in the Raptakos Brett case, the recently passed Code on Wages, 2019 has left the determination and revisions at the mercy of committees which the unions claim will always have a pro-employer bias.

Even the Economic Survey for 2018-2019, which had a dedicated section on minimum wages, cited a study showing the presence of a “lighthouse effect” – the minimum wage acts as a benchmark that pulls up wages in the low-paid and informal sector by enhancing the bargaining power of vulnerable workers. This has reportedly led to a rise in actual wages.

Unionised workers at the South Korean unit of General Motors or GM have gone on a strike demanding higher wages and against the carmaker’s restructuring plan in the country, says a report in Financial Times. The strike is significant as the union has 8,000 members who are on an all-out strike for the first time in two decades. 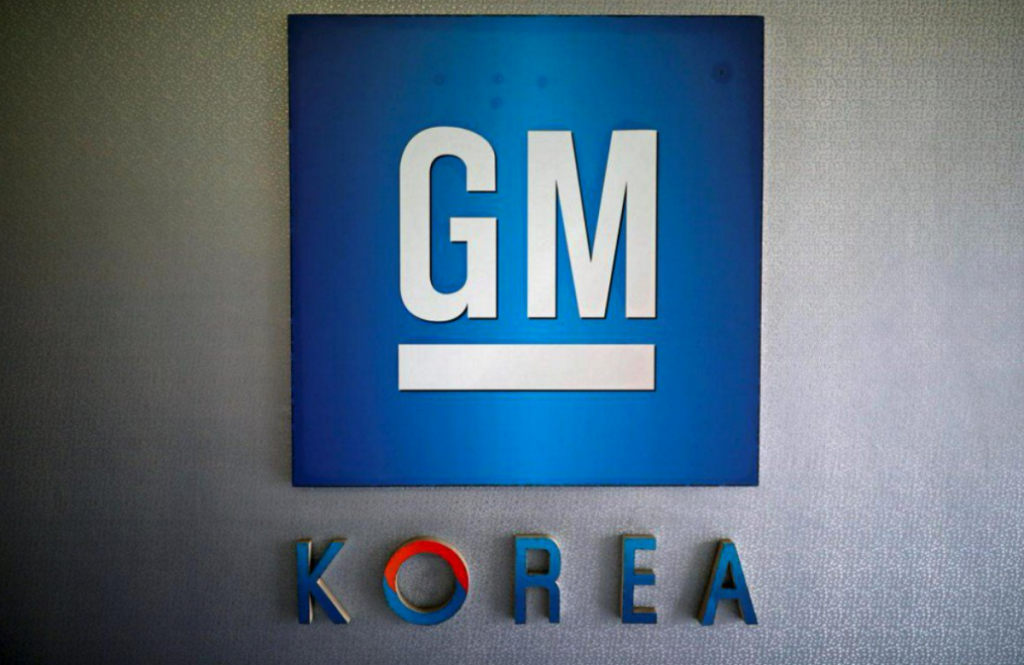 Workers are reportedly awaiting a wind up of operations. Photo: Reuters

Cut down in production and fears of the motor giant winding up its operations in Korea has led to fears of a mass layoff.

“Lawmakers in California have passed a landmark bill that would make it much more difficult for companies such as Uber and Lyft to classify workers as independent contractors rather than employees,” says a report in Guardian.

The bill would go into effect from January 1 and is set to make it difficult for companies like Uber to deny that their workers are employees. “…workers must be designated as employees instead of contractors if a company exerts control over how they perform their tasks or if their work is part of a company’s regular business,” it said.

The bill also allows for entitlements like holiday and sick pay to workers in the gig economy. US Democratic presidential candidates like Elizabeth Warren, Bernie Sanders and Kamala Harris have supported the move. The response from trade groups and platforms in the gig economy has been predictably critical.

“We are fully prepared to take this issue to the voters of California to preserve the freedom and access drivers’ and riders’ wants and needs,” the ride-hailing company Lyft said in a statement.

Jostled by robots and new job-seekers, auto workers have to accept their insecure fate

As they build India’s first camp for illegals, some workers fear detention there