Several workers have been remaining absent, causing a sharp fall in production at Singareni. 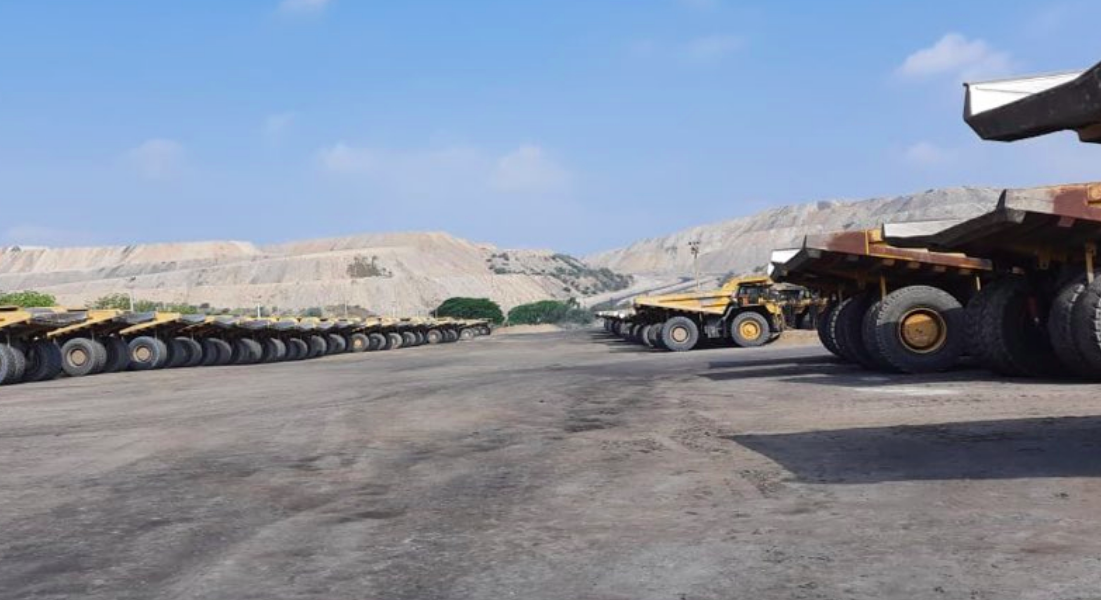 A photo tweeted by the PR wing of the Singareni coal fields, on the occasion of Janata Curfew on March 22. Photo: Twitter/@PRO_SCCL

Hyderabad: Miners at Telangana’s Singareni coal fields have launched a protest demanding adequate safety measures from the management of the Singareni Collieries Company Limited, in the light of the spread of the coronavirus.

The miners are allegedly forced to work in deplorable conditions, without even sanitisers and adequate masks, said miner Miriyala Raji Reddy.

“It is incumbent upon the management to provide conducive working conditions in such a manner that the workers maintain physical distancing by avoiding crowding at workplaces in the wake of the COVID-19 threat,” Reddy told The Wire.

The SCCL extracts 67 million tonnes of coal from mines every year for supplies for power generation in Telangana, Andhra Pradesh, Karnataka, Tamil Nadu and Maharashtra. Besides, coal from the local fields is also supplied to pharmaceutical companies, ceramic, iron and steel industries.

For the miners at Rudravaram coal field in Bhadhradri Kothagudem district, the threat is not far after a sub-divisional police officer, his NRI son and 33-year-old female cook tested positive for coronavirus at Kothagudem a few days ago.

SCCL also has employees in its office at Kothagudem. The infected police officer was booked under the Section 88 (Disobedience to public servant’s order) of the Indian Penal Code, for not informing health authorities about the arrival of his son from London.

The COVID-19 scare is also palpable for miners engaged in Godavarikhani, known as the “coal city” when eight visiting religious leaders from Indonesia tested positive for the coronavirus in Karimnagar on March 14. Hundreds of coal workers, living in Karimnagar, make daily visits to the coal fields in Godavarikhani, 50 km away. While the whole of Telangana state has reported 35 corona positive cases, Karimnagar alone has recorded eight positive cases so for.

Area hospitals and dispensaries run by the SCCL are not equipped to even screen suspected cases, said Reddy, an employees’ union leader. “Incidents of cardiac ailments and neurological disorders has been going up among Singareni workers in the recent past. But the hospitals in the coal fields provide only facilities to treat accident cases,” he added.

With half the total workforce of SCCL engaged in underground operations, the mines suffer from clear overcrowding. The workers-per-km ratio shall be drastically reduced by downsizing contract workers for the time being.

The protesters asked that duration of shifts be reduced from eight hours to six hours with two hours’ between shifts to ensure social and physical distancing. “In all the three divisions in the underground operations — pump, technical and mining — social distancing has to be maintained,” a petition mailed to the management by the union said.

The Wire could not reach out to Chandrasekhar, director of public and welfare at SCCL over phone and by WhatsApp for official version on precautionary measures initiated by the SCCL to protect the workers against Corona virus.

However, a PR official of SCCL, requesting anonymity, said efforts are underway to protect the workers against the possibility of contracting the virus. In a bid to maintain social distance, biometric finger printing system has been put on hold. A woman group named Seva has been entrusted to stitch and supply 5,000 masks to 11 mining areas and 500 litres of sanitiser has been made available to workers, the PR official said, raising doubts over efficacy of face mask in use by workers in underground operations.

Mining in underground areas is dusty and oily. The mask in unlikely to protect the workers if it is not constantly cleaned with sanitizer or changed quite often, the official said.

The coronavirus threat has, in fact, begun showing its adverse impact on coal production in the SCCL area, said a senior official asking for his identity not to be revealed.

The production is expected to drop to 1.3 lakh million tonnes. This is in sharp contrast to the normal range of 2-2.3 lakh tonnes that are produced in a month. The numbers were a result of increase in the absences by workers due to the virus threat.

The localities where the NRI families are living in are sanitised and the NRI returnees quarantined, said the PR official.