Solicitor General Tushar Mehta said that many states have complied with the directions but some of them like Maharashtra, Punjab, Tripura and Karnataka have not paid salaries to the doctors and healthcare workers on time. 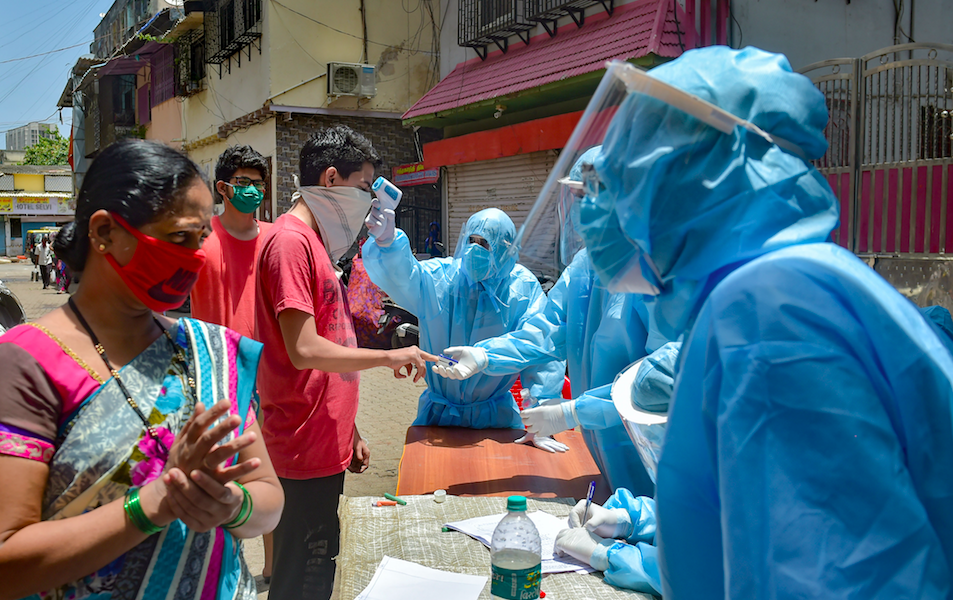 New Delhi: Maharashtra, Punjab, Karnataka and Tripura are yet to follow directives on timely payment of salaries to healthcare workers engaged in COVID-19, the Centre on Friday told the Supreme Court, which said it cannot be “helpless” in implementing the directions.

The court directed the Centre to issue necessary directions for releasing salaries of doctors and frontline healthcare workers engaged in COVID-19 duty on time.

A bench of Justices Ashok Bhushan, R. Subhash Reddy and M.R. Shah asked the Centre to also clarify on treating compulsory quarantine period of healthcare workers as leave and deduction of their salaries for the same period.

“If the states are not complying with the directions and orders of the Central government, you are not helpless. You have to ensure that your order is implemented. You have got the power under the Disaster Management Act. You can take steps also”, the bench told Solicitor General Tushar Mehta, appearing for the Centre.

Mehta said that after the top court’s directions on June 17, necessary orders were issued on June 18 to all the states, with regard to payment of salaries to healthcare workers.

He said that many states have complied with the directions but some of them like Maharashtra, Punjab, Tripura and Karnataka have not paid salaries to the doctors and healthcare workers on time.

Senior Advocate K.V. Vishwanathan, appearing for petitioner Arushi Jain, said the high-risk and low-risk classification made by the Centre has no basis and the government advisory of June 18 after the top court’s order has no rationale basis.

He said that there is still non-payment of salaries to healthcare workers.

The bench was hearing a plea of Dr Arushi Jain, a private doctor questioning the Centre’s May 15 decision that 14-day quarantine was not mandatory for doctors.

The top court also took note of an application filed by United Resident Doctors Association (URDA) through advocates Mithu Jain, Mohit Paul and Arnav Vidyarthi that salaries of doctors are being deducted for the period of compulsory quarantine treating it as leave period.

To this, Mehta conceded that “the said period can’t be treated as leave” and said that he would take necessary instructions on the issue.

He said the Central government will take steps to ensure that the salaries of doctors and healthcare workers are paid on time.

The top court posted the matter for further hearing on August 10.

On June 17, the top court had directed the Centre to issue orders in 24-hours to all states and Union Territories for payment of salaries to doctors and healthcare workers as also for providing suitable quarantine facilities for those who are directly engaged in the treatment of COVID-19 patients.

It had said, “The Central government shall issue an appropriate direction to the chief secretary of the states/Union Territories to ensure that the orders are faithfully complied with, violation of which may be treated as an offence under the Disaster Management Act read with the Indian Penal Code.”

Dr Jain had also alleged in her plea that frontline healthcare workers engaged in the fight against COVID-19 are not being paid salaries or their wages are being cut or delayed.

The Centre had earlier told the top court that the May 15 circular on the standard operating procedure (SOP) will also be modified, doing away the clause for non-mandatory quarantine for healthcare workers engaged in COVID-19 duty, and they will not be denied the quarantine.

On June 12, the top court had observed, In war, you do not make soldiers unhappy. Travel an extra mile and channel some extra money to address their grievances.

It had said that the courts should not be involved in the issue of non-payment of salary to healthcare workers and the government should settle the issue.