While the increased allocation and attention is welcome, it will not be enough to counter the crisis. Workers plant paddy saplings in a field, on the outskirts of Amritsar, Tuesday, June 9, 2020. Photo: PTI

The current pandemic has led to loss of livelihood of substantial sections of the India population. With the economy, particularly production activities in the big urban centres, having come to a standstill, a process of reverse migration to villages took place. This decline in economic activities is taking place against a background of continuously declining growth rates that the nation has been witnessing over the last three years.

In this context, public and policy attention has returned to MGNREGA, India’s rural employment guarantee programme. Particularly, whether it can be a source of relief to substantial sections of the workforce whose livelihood options have been seriously eroded due to the pandemic. One school of thought is that expanding the scale of work under MGNREGA will enhance purchasing power of the rural poor and, through a ‘multiplier effect’, could allow the economy to revive.

However, given the depth of the crisis and existing gaps in employment generation and wage rate, Rs 1 lakh crore may still not be enough to drastically improve the rural economy’s livelihood scenario.

MGNREGA was designed as a demand driven-programme. According to the guidelines of the scheme, all households demanding employment under MGNREGA are entitled to receive a maximum of 100 days of employment. However, gaps exist between the number of households that demanded employment and those that received it, every year. Power relations of local governments, shortages of staff, capacity issues have put brakes on employment generation under the MGNREGA. 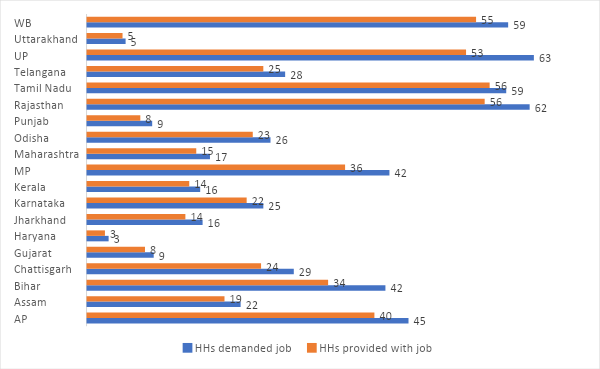 Figure 1: Number of households demanding and receiving work under the MGNREGA (in lakh). (Source: MGNREGS MIS).

The average number of days of employment provided was lesser than 50 days in 14 out of 19 major states in India.

Figure 2 shows that the best performing state was West Bengal with 62 days of employment generation on average during 2017-18 to 2019-20. In view of the widespread agrarian distress that has engulfed substantial parts of the country, shortfall of days of employment from 100 days, across major states, is not on account of lack of demand for work; rather, it reflects inability of the state governments to create avenues of employment under this scheme. 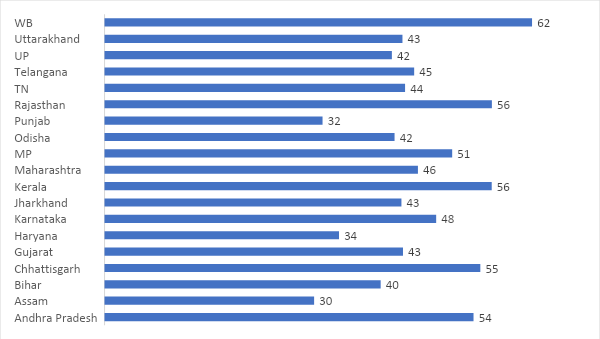 Figure 2: Average number of days of employment under the MGNREGA, major states, 2017-2020 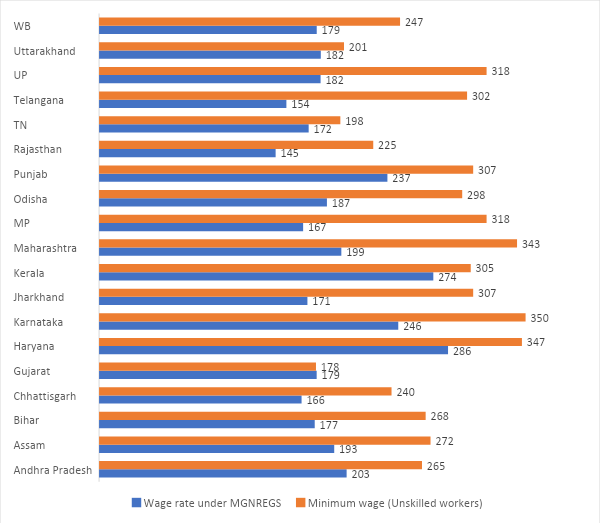 Figure 3: Average wage rate under the MGNREGA and legal minimum wage across major states in India, 2019-20 (in Rs.)

There are four hypothetical options for expanding the scale of wage work under the MGNREGA.

These are as follows:

(a) In view of the widespread distress in the countryside and loss of employment of urban informal workers, many of whom have returned to the villages, it can be safely assumed that number of households demanding jobs in 2020-21 will be at least equal to the corresponding figure in 2019-20. Loss of livelihood in the urban informal sector can be countered by providing 100 days of employment to each of the households demanding work under the MGNREGA. Wage bill to the tune of Rs 1,05,242 crore will be required which is equivalent to 0.47% of the GDP.

Thus, even with this modest objective, there is a shortfall in resource allocation to the extent of almost Rs 4000 crore.

(b) Wage bill for major states will be Rs 1,56,871 lakh crore, a gap of more than Rs 50,000 crore, than the actual allocations, if all the households that demanded work under the Act actually receive it for all 100 days at the legal minimum wages in each of the major states in India. This will be about 0.7% of GDP and hence it can be argued that expansion of the MGNREGA along these lines will not be a huge burden on the exchequer (Figure 4).

(c) Recently, there were demands from certain quarters – policy makers and political organisations – to expand the ambit of MGNREGA for increasing the maximum number of days of employment to 200. We estimated that if all the households that demanded work under the scheme and receive it at the average stipulated wage rate for 200 days, the wage bill will be Rs 2,10,483 crore and its share in the GDP is marginally lesser than 1 per cent (Figure 4). In other words, resources allocated by the Union Finance Minister will have to be doubled to extend number of days of employment to 200 days.

(d) Further expansion of wage work under the MGNREGA, with 200 days of employment at the legal minimum wage for all households that demanded work, will lead to a wage bill of Rs 3,13,741 crore which is more than thrice the allocated amount of Rs 1,01,500 crore. This is about 1.4% of the GDP. When the world’s most stringent lockdown has put severe brakes on economic activities, allocation of 1.4 per cent of the GDP for activities considered to be lifeline of rural economy, is the least that a democratically elected government is expected to do for its people.

However, if past trends on allocation of resources for wage payment are any indication, there is little to hope for, let alone material and administrative costs. MGNREGA, despite its continuing relevance, has been plagued by government apathy. Wage expenditure under MGNREGS for major states was around Rs 35,132 crore in 2019-20, almost a third of what is required to provide employment to all households that demand work for 100 days. Moreover, pending wage under MGNREGS as of March, 28 2020 was around Rs 6000 crore for unskilled works under MGNREGS.

It’s clear that the implementation of MGNREGA has suffered due to an inadequate allocation of resources. This was reflected in lower than legal minimum wages, low level of days of employment creation and leaving out sizeable number of households from receiving gainful employment. Despite recent revision in wages, wage rate under the MGNREGA is still lower than the legally prescribed minimum wage (2019-20).

Sitharaman’s recent decision to allocate an additional Rs 40,000 crore, thereby increasing total allocation in the current fiscal to a little over Rs 1 lakh crore is still inadequate to counter the crisis that had adversely impacted substantial sections of the population. Given the depth and nature of the crisis, expanding the MGNREGA is extremely important. Demand for employment under MGNREGA is also likely to increase this year. While, it requires allocations that is higher than Rs 1 trillion, it will not lead to substantial burden on the exchequer. Instead of resorting to economic orthodoxy, it is important that the government acknowledges the seriousness of the crisis and take corrective measures to revive the economy. To that end, increasing allocation for the MGNREGA is of utmost importance.