Experts and labour rights activists say the Centre needs to urgently release funds to states to ensure the implementation of the advisory, or it too would go unimplemented like existing laws. 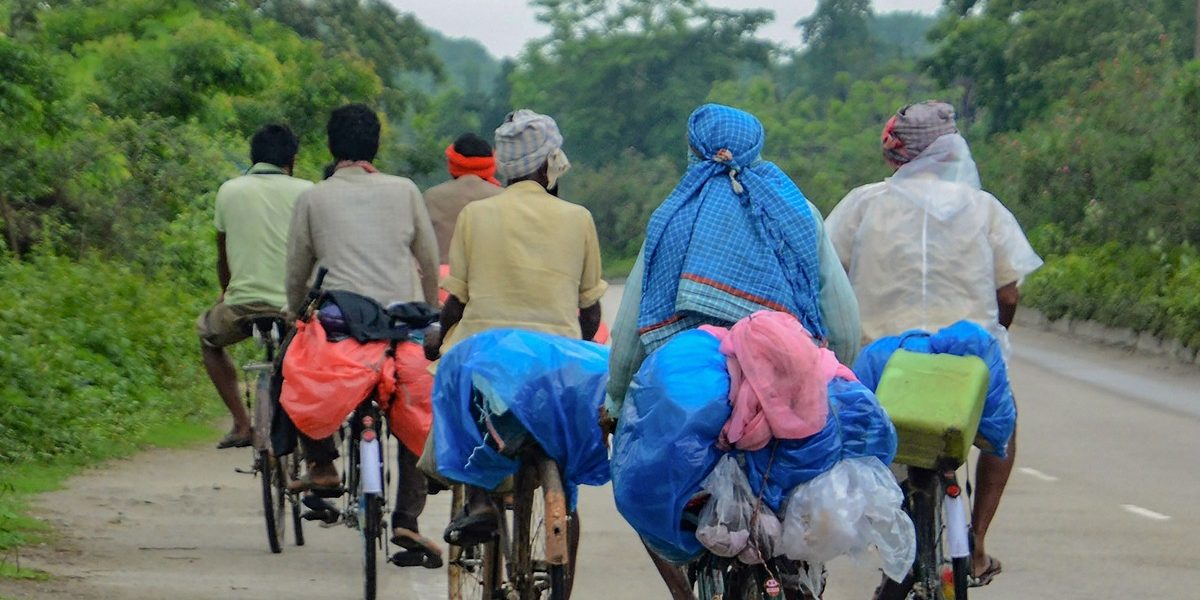 New Delhi: Labour rights and development activists have raised concerns around the ability of states to implement the 18-point advisory issued by the Centre for ensuring safe and secure return of migrant workers and their families to their place of work.

The activists have urged the Centre to immediately release to states the funds that are lying with the Minister of Labour and Employment as also with the the Building and Other Construction Workers Welfare Board and start statewide multi-lingual helplines to address the needs of the workers. They have also pointed out that most of the appeals made under the advisory were part of statutory obligations under existing laws.

Talking to The Wire, Dr. K. Krishnan, chairperson of Foundation of Sustainable Development, an organisation that works with migrant labourers, especially in Odisha, Telangana, Tamil Nadu, Karnataka and Kerala, said: “All the points in the advisory look very good, but question remains as to how far it would be implemented to benefit migrant workers. The Centre comes out with notifications and guidelines but should also reach out to the state governments and take care of their financial needs.”

Krishnan said even though the states have the infrastructure, they lack funds to utilise it. “This is the reason I am concerned that the level of implementation of the advisory will not be more than 20-30%,” the social activist said, adding that he was also worried as to how the benefits would be passed on to migrant workers and labourers.

“They would be seeking the assistance of the state governments, and the states do not have funds,” he pointed out.

The solution, he said, lies in the Centre understanding that the states have a role in improving the situation. “There is money lying with Building and Other Construction Workers Welfare Board and there are funds lying with Ministry of Labour and Employment. At least 50% of this money should be immediately transferred to the states,” he said.

A helpline in every state

Krishnan said his organisation started a statutory helpline at Hyderabad on September 4 and within a week they have been able to reach out to 232 labourers who were in need. Support from local labour officers also reached them through this route.

Similarly, he demanded that a state-wide helpline with multi-lingual support should be launched in each state.

The activities and the guidelines, he said, should also reach to the districts and further into the grassroots. “The local self government should be involved and the Panchayati Raj system should be improved to address the needs of migrant labourers. Similarly, once in two months a review meeting should be conducted between the state labour officers and officials of the Central government’s labour department. This would help in identifying and filling the gaps in implementation.”

Similarly, once in two months, a review meeting should be conducted between the state labour officers and officials of the Central government’s labour department. This would help in identifying and filling the gaps in implementation. 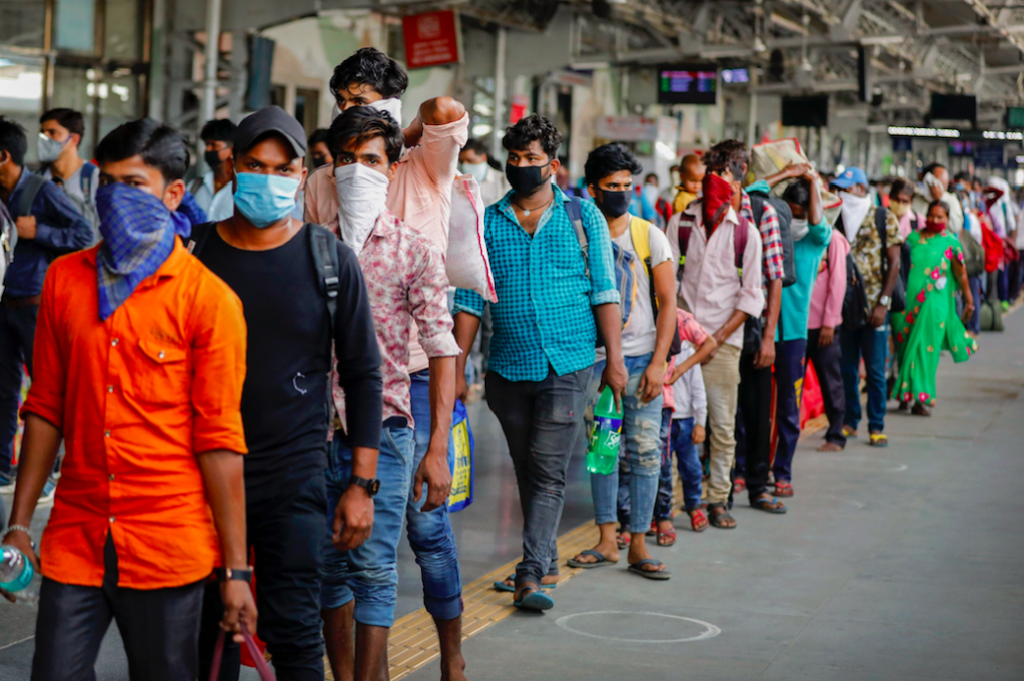 ‘Should not go unimplemented’

Krishnan said it should also be ensured that the advisories do not go unimplemented like the Inter-State Migrant Workmen (Regulation of Employment and Conditions of Service) Act, 1979 (ISMWA). As per the ISMWA, workmen are entitled to a displacement allowance, a journey allowance and regular payment of minimum wages; suitable conditions of work; suitable residential accommodation during the period of their employment; prescribed medical facilities free of charge and protective clothing. It also lays out that it is the duty of a contractor to provide these.

Also, the Act had laid down that if the labourer is terminated due to the closure of the establishment for any reason other than a weekly or other recognised holiday, the wages earned by him shall be paid before the expiry of the second day from the day on which his employment is terminated. However, these provisions of this labour-friendly act have largely gone unimplemented.

Incidentally, organisations working for the rights of labourers note that inadequate social welfare support in both rural and urban workplaces is a major reason for the financial vulnerability of migrants and their susceptibility to trafficking and bonded labour.

Kathyayini Chamaraj, executive trustee of CIVIC Bangalore, which works on urban governance and with the urban poor, said the advisory points out that “a proper database of migrant workers is a preliminary step in order to identify and protect vulnerability among them. For this purpose, the State of Origin should collect the data in respect of migrant workers in the prescribed format (enclosed). This information should be shared with Destination States/UTs”.

However, she added that “this is already a requirement under the Inter-State Migrant Workmen’s (ISWM) Act. But the advisory does not say so. It does not say who will collect this data and who will receive it.”

Ideally, Chamaraj said, the gram panchayats and the municipal wards should be asked to maintain the database of all citizens residing in the jurisdictional area and maintain separate registers for the temporary migrant workers.

Here again, Chamaraj asked, “Where is the question of ‘encouraging’ employers when these are already legal requirements under the ISWM Act?”

She also said that the advisory did not make a mention of the mandatory requirement to provide creches for children under six years as per the ISWM Act.

Also watch: Plight of Migrant Workers Who Are Now Returning to Cities

Similarly, she said, “Instead of stating upfront that the ISWM Act should be implemented strictly in its entirety as it is a legal requirement, the advisory says, almost as an afterthought, that states labour departments should be ‘advised’ to ensure that the welfare provisions such as displacement allowance, provision for housing facility, etc., mentioned in the Inter-State Migrant Workmen (RECS) Act, 1979 are implemented.”

Ideally, she said the ISWM Act needs to be strengthened by a separate board for the welfare of migrant workers in each state.

Chamaraj also said, “Poor enforcement of the ISWM Act and other labour laws is due to the fact that labour departments in destination states are short of manpower. There is a need to enhance this manpower by having a Labour Cell within each municipality or gram panchayat with a labour official in each ward or group of wards to enforce all labour laws, especially relating to their working and living conditions.

Finally, she urged that “the ward committees in the municipalities should be designated as task forces to assist the sub-divisional Vigilance Committees under the Bonded Labour System (Abolition) Act to identify and report the existence of bonded and forced labour in their wards.”

“The gram panchayats in Karnataka are already designated as such task forces,” she pointed out

‘Comprehensive social security scheme was the need of the hour’

Meanwhile, Sudhir Katiyar, a member of National Human Rights Commission’s core group on Bonded Labour and founder of Centre for Labour Research and Action, that works with seasonal migrant workers, too remarked that “the advisory is full of good intentions – it advises that the existing laws and schemes should be followed” but it provides no “analysis of why these laws and schemes have not been implemented so far.”

But, he said, “It is surprising that the advisory asks the state governments to encourage establishments to follow labour laws” when “implementation of laws is mandatory and invites penalties when flouted.” So, the Ministry actually only went about only stating the obvious. Katiyar further said that the form provided with the advisory to create a data base of workers has no statutory validity.

“It is surprising that the advisory does not ask that workers be registered under the Inter State Migrant Workmen Act, that already provides for such registration and has legal sanction. The one critique of ISMW Act was that it only covers workers recruited through labour contractors. But this anomaly has been addressed in the new Code brought by the Ministry,” he explained.

Also, he said, “The advisory is silent on the key issue facing the returning migrant workers – the fear of catching the virus and the resulting quarantine that may need to be extended to the whole group. It is an irony of our policy making that migrant workers are returning when the coronavirus pandemic is in full swing with daily records being created.”

While workers fear contracting COVID-19, he added, “The advisory is silent on providing suitable insurance against this very likely event. It should have made it mandatory for all establishments to provide COVID-19 insurance for all workers.”