For May Day 2022, the Labour Movement Needs to Desperately Forge a New Core Agenda

The movement risks spreading itself too thin. Minimum wages, a safe workplace and social security should become part of a new core agenda. 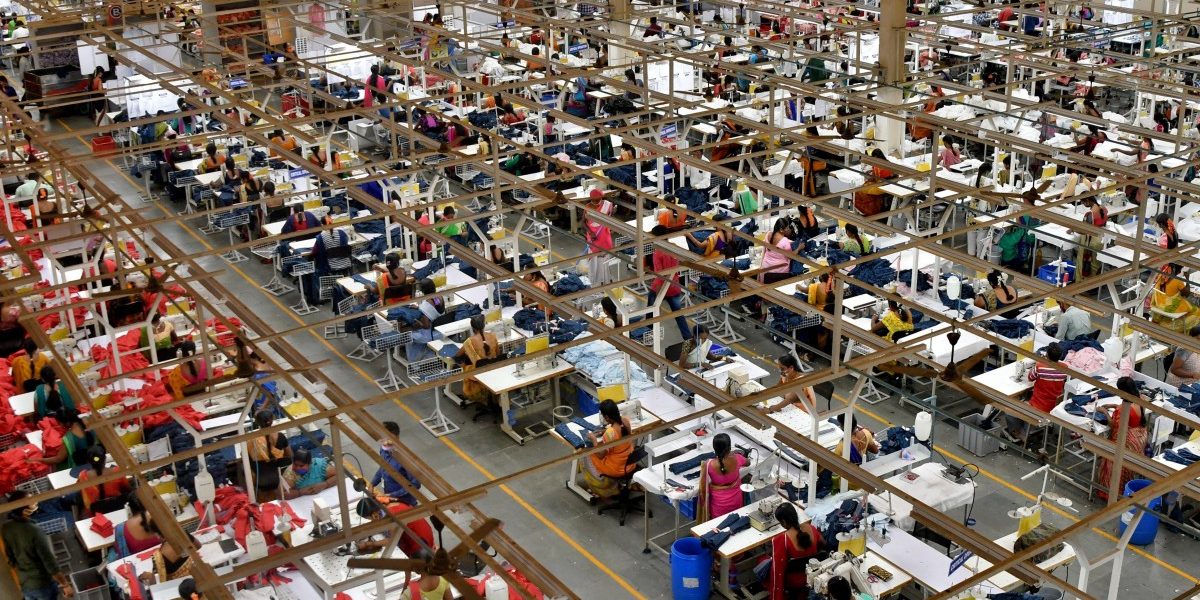 It is also an occasion to frame the agenda. While trade unions are grudgingly accepted by the society at large, legally and in industrial relations, there is always an attempt to continually erode hard-won labour rights. Indeed, labour rights are not bounties of capitalism, rather they are outcomes that are won through democratic protest and negotiation.

At the same time, there is also a need to stitch a balance between idealism and pragmatism.

Depending on how one looks at it, between 1991 and 2022, the Indian trade union movement has either splintered or unified over the last 20 years. In the process, it conducted around 20 country-wide strikes and various other struggles over a ‘charter of demands’ (CoD).

The most recent strike was sponsored by ten out of 12 government-recognised central trade unions (CTUs) and other allied workers’ organisations on March 28-29, 2022 over 12 demands. Over the years, the movement’s demands have shrunk or widened – with a few issues receding into the background and a few new ones added. The 12 specific demands broadly protest against labour codes, privatisation, contract labour system. They also call for an urban employment guarantee system, increased investment in social infrastructure like education, health, etc. Recently, the demands of India’s farmers were also added as a measure of solidarity.

As an academic who has studied this issue, it is my opinion that the demands being made are too many – with a few existing for too long – while some are better left to the political classes. A few, like the question of contract labour, could also be addressed at a micro or regional level.

Also read: For May Day, a Call to Defeat Gender, Class and Caste Divisions Among Workers of South Asia

While the wider CoDs aim to project the working-class movement as encompassing and socially sensitive, the core aim of CTUs must be to win demands or at least force a sense of compromise, which is the essence behind strikes or negotiations. The CTUs would reap more benefits if they aligned with the political classes either in a cooperative or confrontationist manner –  depending on their political allies in power – to secure social and political demands like an urban employment guarantee programme, increase in investment in agriculture or health and education. Why increase the transaction costs of strikes when more efficient agencies are available to take the struggle for these issues?

Let us take the demand for the repeal of labour codes, which is a repeat of the repeal of farmers’ laws. While farmers could leave their fields for months and fight in a sustained manner, the industrial working class could not do so for obvious reasons. Is this demand winnable by direct action alone? The CTUs need to ponder over this important strategic issue. Legal action is possible. They need to exploit the constitutional grounds on which the Codes can be challenged and for that, they need brilliant legal minds which are available abundantly. Political action is also possible if the opposition parties give up their unproductive walk-outs.

Three items that must be on the table

Over the years, the CTUs became inclusive by fighting for rights of unorganised workers and employment guarantee for the unemployed. Some labour market aspirations remain unfulfilled since Independence – minimum wages, safe workplaces, and universal social security and social protection.

To be sure, various governments at the Centre and the states have taken several measures to provide for these but the coverage is pitiably lower even now.

The Wage Code abolishes “scheduled employments” to universalise minimum wages, which is admirable. But what are the probabilities that the last worker standing will in fact secure minimum wages? It is one thing to provide statutory pronouncements and another to ensure its effective and universal implementation which is utterly lacking.

According to the government of Maharashtra, “…the total number of (non-agricultural) establishments covered under the various scheduled employments in respect of which minimum rates of wages have been fixed/revised so far, are approximately [in] 2009-6,01,137” in the state. The total number of inspectors under the Minimum Wages Act (MWA) was 131 in 2009. Thus, each inspector gets on an average 4,589 establishments for enforcement of MW in the non-agricultural sector alone. They are also enforcement officers under other labour laws. This eloquently depicts the utter inadequacy of the implementation machinery. The new inspector-cum-facilitator and the randomised inspections system will substantially weaken the realisation of the basic dream of the workers. Universal and realisable minimum wages must be a firm demand of CTUs.

The Unorganised Workers’ Social Security Act, 2008 was a mess in a number of ways.  The new Social Security Code legally segments the workers. It offers formally written and formally enshrined rights like EPF, medical insurance, gratuity, and maternity benefits to the 6-7% workers and makes vague promises of Schemes to the 400+ million unorganised workers with no concrete legislated plans of funding. Even for the organised workers the historic exclusions continue as the thresholds remain unchanged for all of them. Universal social security including unemployment allowance (which is missing in SSC) must be a strong demand of CTUs. This can take care of unemployment arising out of retrenchments/closures.

The OSH (Occupational Safety, Health And Working Conditions) Code makes some positive notes by incorporating employers’ duties of which OSH is one. But unlike the Factories Act, 1948, all the factories engaged in hazardous processes need not compulsorily constitute a ‘safety committee’. It is only by executive notification. It creates thresholds for safety officers even for hazardous factories which is hugely questionable. A safety committee bipartite in nature is a form of social dialogue.

Walter Dagmar, ILO Chief, New Delhi, has argued that this will promote safe workplaces. However, we see in most cases that neither the government nor the employers are wiling to engage with trade unions or even workers’ representatives even on crucial issues like worker or plant safety.

The ‘Safe in India’ reports of CRUSHED (2019-2022) portray a dismal picture on the OSH front, even in workspaces that get the most media attention like the auto ecosystem. The government does not have an adequate statistical system concerning OSH and occupational injuries. It is therefore bizarre that safe working places as a fundamental right has not figured as a demand in the struggles of CTUs. In fact, many including the ITUC is pressing for inclusion of OSH as a part of core ILO Conventions and it is quite likely that this year’s International Labour Conference of ILO will discuss the same.

Can anyone – including the pinkest press – dispute that minimum wages, a safe workplace, and universal social security will become a major cost factor for Big Business? These three issues must become the core struggle agenda of the working-class movement. Effective implementation machinery as per the ILO norms for developing countries must be added to the struggle agenda.