This number only accounts for deaths in eight states. 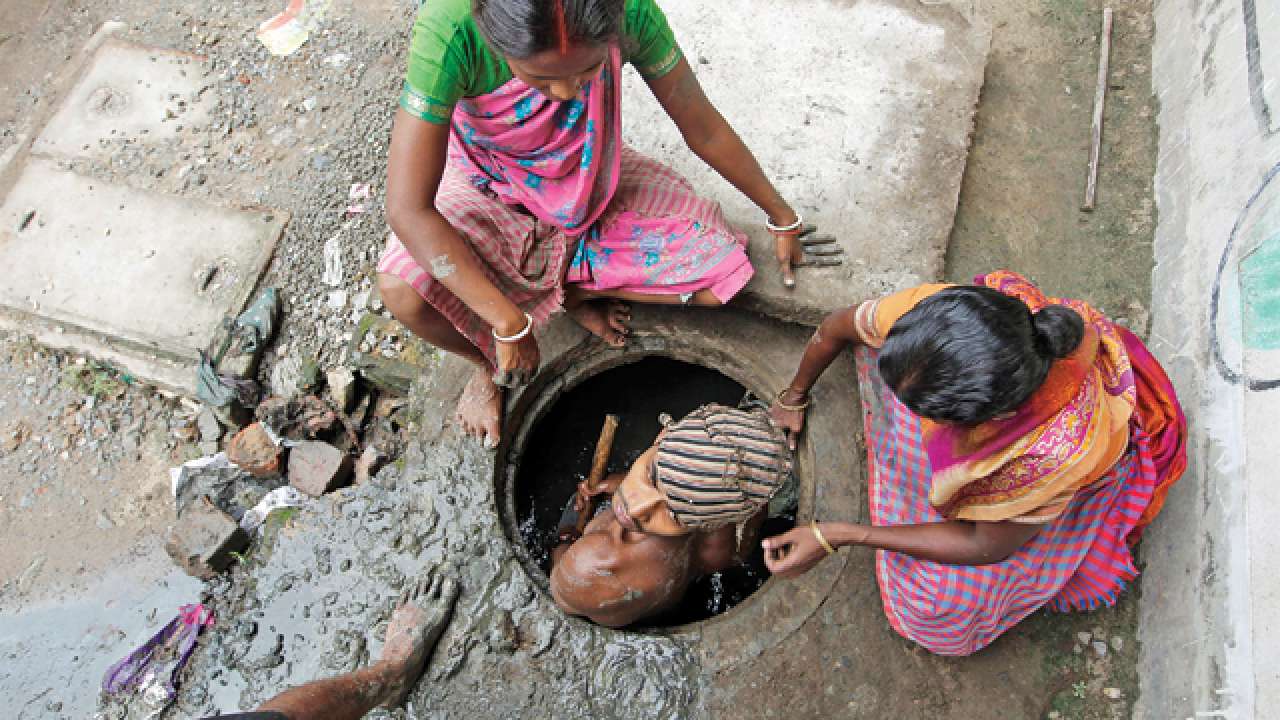 New Delhi: Data collated by the National Commission for Safai Karamcharis (NCSK) reveals that at least 50 persons have died cleaning sewers in the first six months of 2019 alone.

According to a report in the Indian Express, the figure in question, by the NCSK’s own admission, is an underestimation as it only accounts for the number of deaths caused by cleaning sewers in only eight states of Uttar Pradesh, Haryana, Delhi, Punjab, Gujarat, Maharashtra, Karnataka and Tamil Nadu out of 36 states and Union territories.

In addition, many of the eight states that were included in the data had underreported numbers, making the de-facto tally of the number of deaths even higher.

As the Indian Express report points out, several times the deaths of sewer workers are not confirmed by the state and as a consequence are not recorded by the NCSK.

The NCSK, which is a statutory body set up by an Act of parliament, has been collating the number of deaths caused by manual scavenging estimates around 817 deaths since 1993 when the practice was outlawed in the country.

In March 2017, the Supreme Court directed the government to identify the people who died cleaning sewers from 1993 onwards and offer Rs 10 lakh as compensation to each of their families.

In the annual report that the NCSK submitted to the parliament, the commission noted the Swachh Bharat Abhiyan “should not focus just on toilet building but also on eradication of manual scavenging or workers’ rehabilitation”. The report also identified the Indian Railways as the “largest employer of safai karamcharis”.

Just a few weeks ago, in response to a question in the Lok Sabha, the Union Ministry of Social Justice and Empowerment admitted that while the practice of manual scavenging existed despite being outlawed, there were no reports from states or Union territories of people being convicted for employing manual scavengers.

Even by such understated estimates, the NCSK identified 817 sewer workers’ deaths since 1993 from 20 states.

By official estimates, Tamil recorded 210 deaths, Gujarat recorded 156, followed by UP and Haryana with 77 and 70 deaths, respectively. Tamil Nadu had made the payments for mandatory compensation in case of these deaths in 75% of the cases while Gujarat had fulfilled its compensation obligations in just over 30% of the cases.

The NCSK chairperson has now proposed that The Prohibition of Employment as Manual Scavengers and Their Rehabilitation Act, 2013, be amended to hold the principal employers – state government agencies and urban local bodies – responsible for deaths in addition to the contractors in charge.

NCSK chairperson Zala told the Indian Express, that deaths resulting from manual scavenging will not cease until municipalities invest in mechanised cleaning of sewers and septic tanks. “The law allows workers to go in (sewers) if they wear protective covering. Why should a Dalit worker have to enter the sewer in the first place?” she said.

Last year, the NCSK estimated, based on data collected from newspaper reports and numbers provided by a few state governments, that on average one person died every five days while cleaning sewers and septic tanks since 2017.

This figure was at variance with government records collated from the 2011 Census of India which calculated that there were 740,078 households across the country where human excreta was removed by a person from a dry latrine

This is in addition to the septic tanks, sewers and railway platforms where human excreta is cleaned by people. In addition, the Socio-Economic Caste Census 2011 said that there are 182,505 families in rural India engaged in manual scavenging.