A two-year-old is among the three killed in a truck accident at Kanpur Dehat. 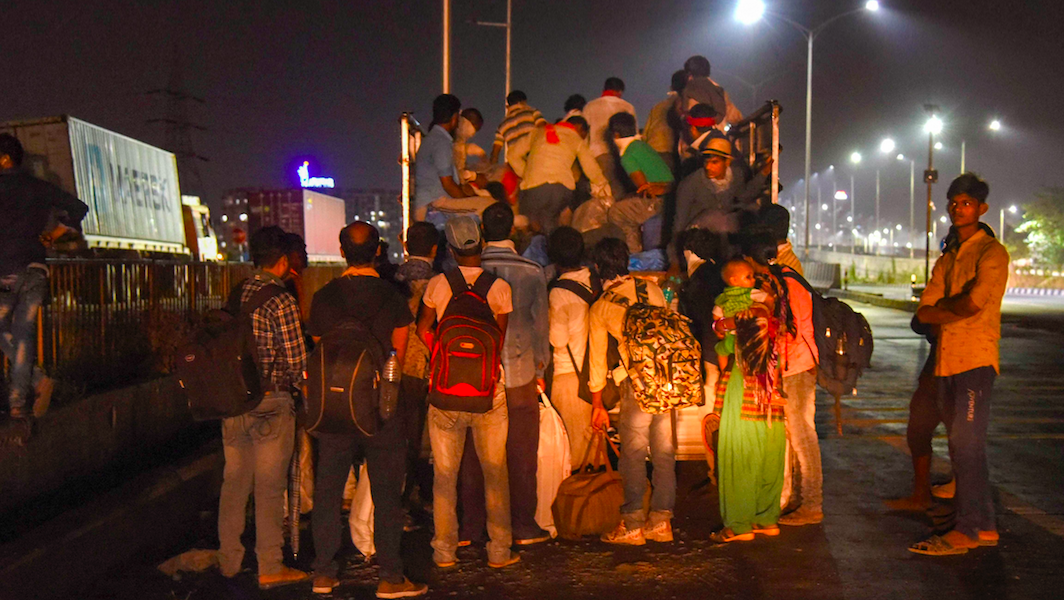 Migrants from Uttar Pradesh and Bihar board a truck at Navi Mumbai. Photo: PTI

New Delhi: In two separate accidents in the last 24 hours, four migrant labourers and members of their families – all on their way home in the course of the lockdown – have reportedly died in Uttar Pradesh.

According to a tweet by Indian Express reporter Asad Rehman, a two-year-old was among the three who were killed when a mini-truck carrying more than 50 migrant workers and their families from Ahmedabad in Gujarat met with an accident at Uttar Pradesh’s Kanpur Dehat. Twelve people are reportedly injured seriously.

Meanwhile, a migrant labourer returning from Chhattisgarh on bicycle died after being hit by a truck, police said on Wednesday.

Forty-year-old Mohan, a resident of Saharanpur, was with three others when the accident took place on Tuesday evening.

The labourers had stopped on the roadside near Kalchiha village here to take rest when they were hit by a speeding truck, police told the news agency PTI.

All the four suffered injuries in the accident and taken to a community health centre in Mau village, where Mohan died.

Mau community health centre superintendent Shekhar Vaishya said condition of the three other workers was stable. The truck has been seized and its driver arrested, the police said.

The workers, hailing from Saharanpur and Muzaffarnagar districts, were working at a jaggery factory in Raipur in Chhattisgarh. The factory was closed due to the ongoing lockdown enforced to check the spread of the novel coronavirus.