The Life of Labour: Wayanad's Farmers Wary of Promises; Silent Death of Workers 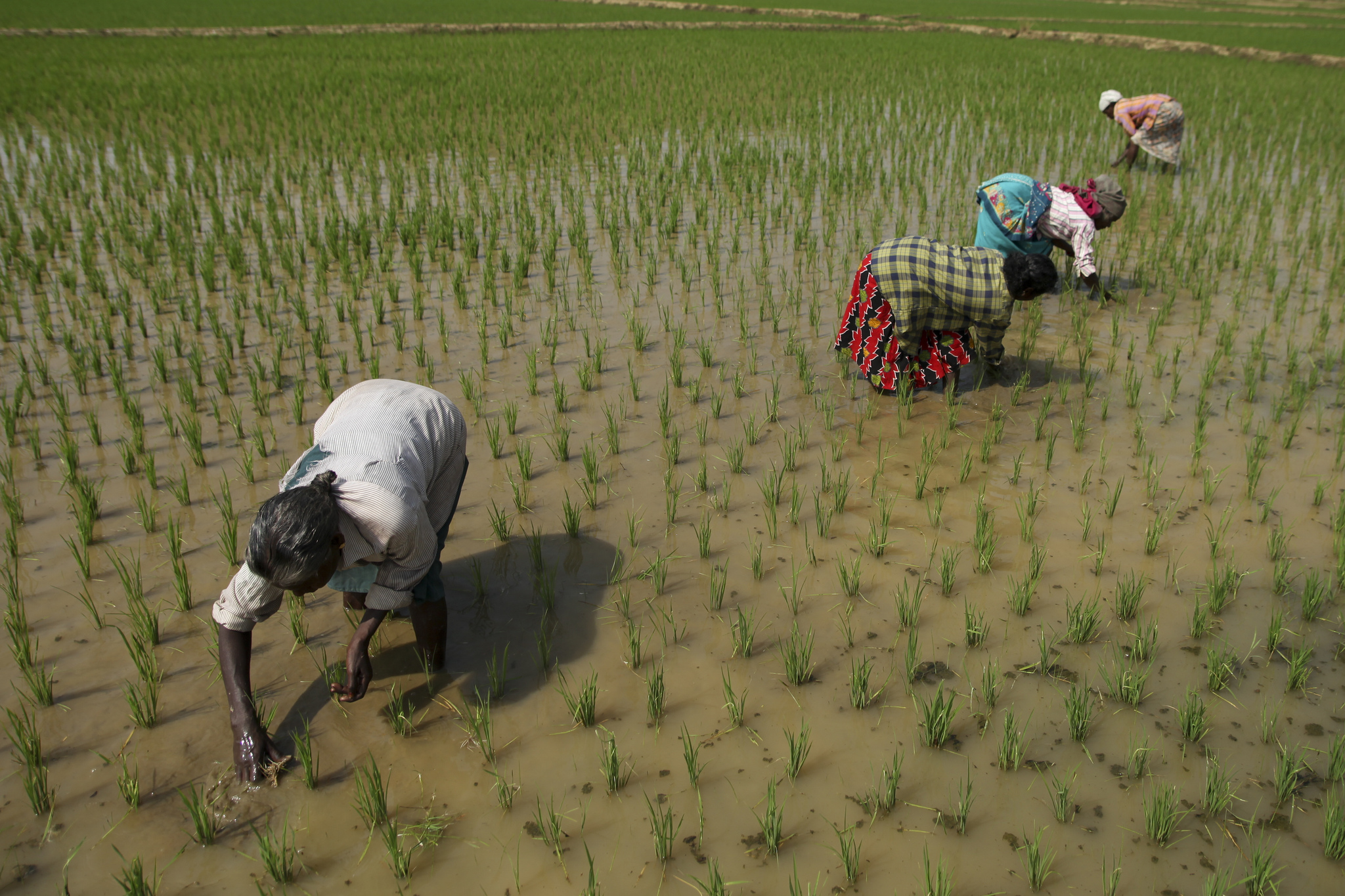 Why are Wayanad tribals, farmers wary of poll promises?

As Rahul Gandhi announced his candidature from the Wayanad constituency for the upcoming general elections, Down to Earth spoke to Wayanad’s people about their hopes regarding this development. They report that while the Congress’s chances of winning are good, “tribal leaders, farmers and environmentalists in Wayanad are not impressed with the prime ministerial candidate, contesting from their constituency.”

The Muthanga movement began as a protest against eviction during the 1960s. Various tribal leaders have pointed out that in the decades since then, the Congress has done little to solve the issue.

Punjab’s agriculture workers have no hope from elections

Ahead of the elections, Mongabay published a deep dive into the crisis that Punjab’s farmers are facing. Punjab has seen over 16,000 farmer suicides since 2000 and loan waivers do not seem to have halted them. The article discusses the misguided reasoning behind the government’s decisions; how the lack of a solid support price implementation hurts farmers; and the lack of adequate water and power supply infrastructure.

Sangeeta Shroff, professor, Gokhale Institute of Politics and Economics, Pune, and currently incharge of the institute’s Agro-Economic Research Centre has attempted to explain the cause of the agrarian distress. Writing for the Hindu Policy Centre, she analyses statistics about gross irrigated area and returns from major crops.

“The agricultural sector is characterised by disguised employment with limited job opportunities outside agriculture which are mainly informal in nature. This state of affairs has finally led to schemes like PM-Kisan which provide a desperate attempt to somewhat salvage the situation.” Read more here. 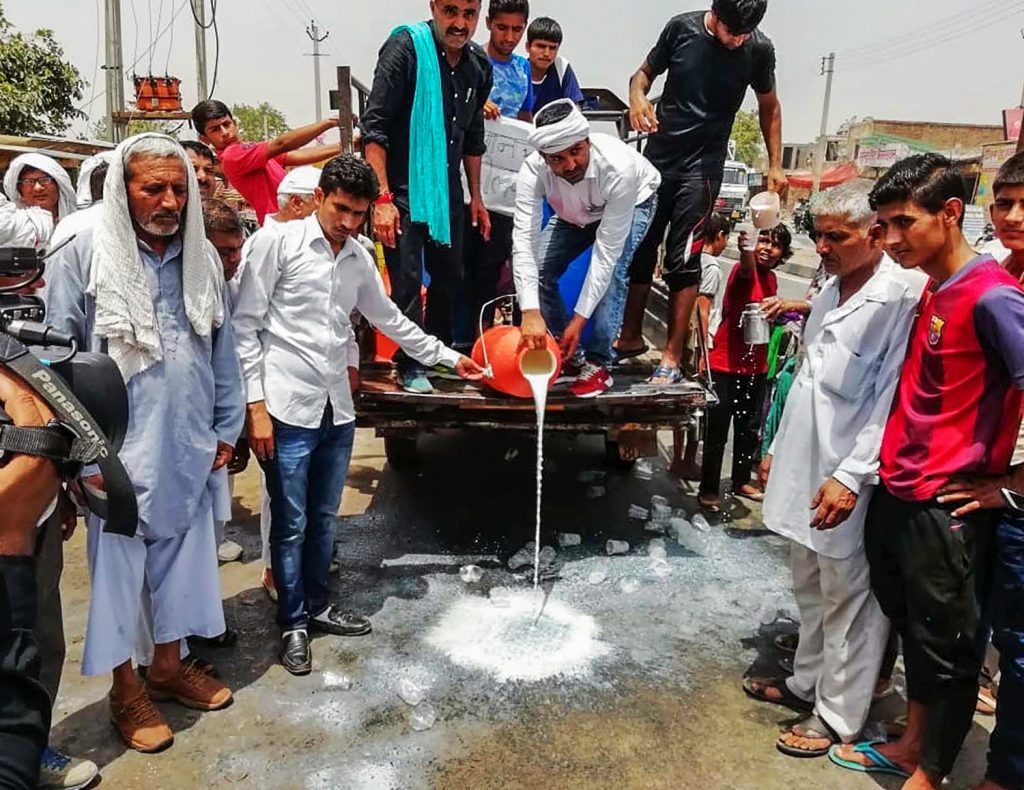 Women in the workforce and migration

How much is a woman’s labour worth?

Neha Dixit spoke to “over 69 mid-day meal cooks, all women, across five districts of Bihar and found out how the Indian state has subjected over 30 lakh women mid-day meal cooks to the worst pay gap and sexual harassment to create a cheap female labour economy.”

In her article for The Wire, it becomes clear that women cooks are being exploited to execute the gendered nature of their work. Their wages are often not even seen as wages but simply “honorariums”. The situation is particularly bad in Northern states like Haryana or Punjab, where these workers often receive less than Rs 2,000 a month, almost a third of what their colleagues receive in states like Tamil Nadu.

Five months ago, Maneka Gandhi, along with the National Commission for Women (NCW), ordered a probe into “the widespread allegations of sexual harassment in All India Radio stations”. In the intervening months, despite orders to the president of Prasar Bharati to take action, there have been no concrete actions.

It is unclear whether the hearings have led to anything at all. The unions have asked the NCW to take up the cases again as one survivor has promised to go on a fast unto death if she doesn’t receive justice by April 15. 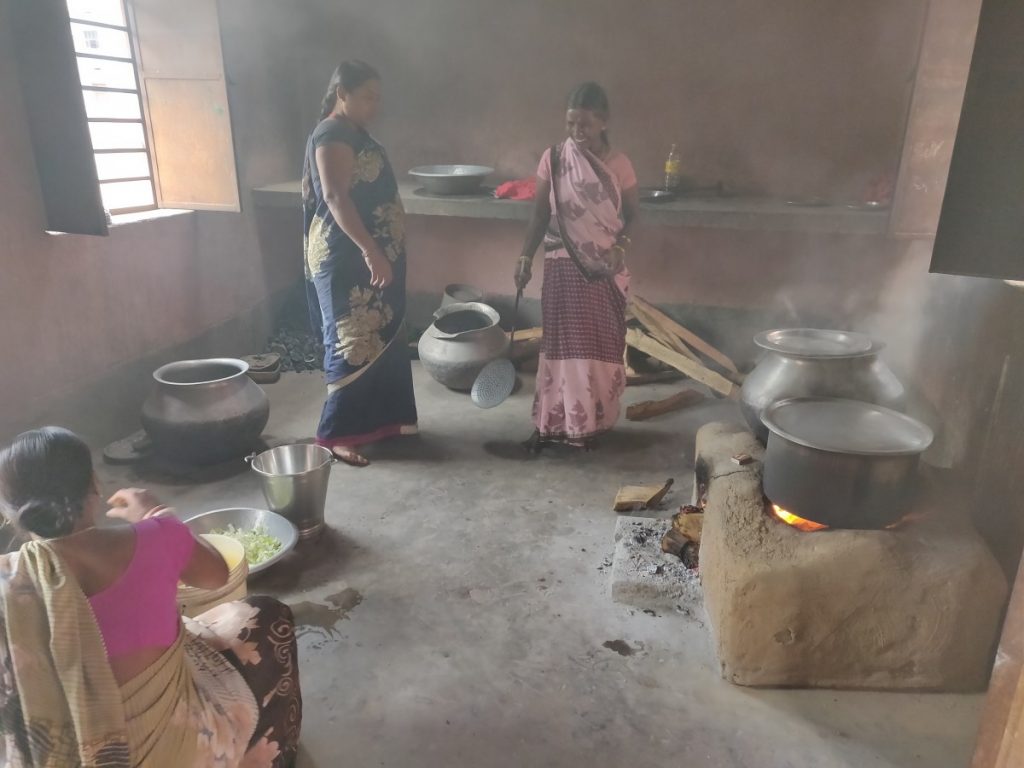 The silent death of workers in India

Equal Times carries an essay on the epidemic of workers dying at their workplaces across India – 48,000 every year just in the construction sector, according to one study by two Indian academics. The report says that “it’s common for Indian companies not to invest in occupational safety because it’s cheaper for them to pay the costs of compensation for accidents than to modernise their facilities to make them safer.”

BSNL okays laying off 54,000 staff but will wait: Govt

Deccan Herald reported a stunning announcement that seemed to initially fly under the radar. “The board of the state-run telecom services provider Bharat Sanchar Nigam Ltd (BSNL) has accepted a proposal to lay off close to 54,000 employees and is said to be waiting for elections to get over before taking the final call.”

This is almost a third of the total workforce. BSNL’s employees have complained for years that the government is purposely hobbling the company, looking to shutter it in the future. For the first time, in February, the company hasn’t been able to pay salaries on time. Even the salaries of subcontractors for BSNL have been delayed.

The proposal has been put on hold till the result of the elections is announced. Newsclick reports that despite claims of this being a staffing problem, the BSNL Employees’ Union says “that the crisis is only because of the pro-Reliance Jio and anti-BSNL policies of the government.”

The invisible labour behind our upcoming election

Two stories discuss the underappreciated facets of Indian elections. The first, from Reuters, looks at the work-from-home contractors who stitch flags and other garments. Political parties pay them a terrible wage while boasting about how they will improve these workers if they get elected. T-shirt manufacturers that sell Modi t-shirts are apparently doing well, but many of the women who stitch flags get Rs 120 for 1,000 flags.

Also Read: Modi Has Failed to Live up to His Promise of ‘Big Bang’ Economic Reforms

The second story is from Scroll, charting the roles of the millions of people who need to do their job to ensure that the election happens. The latest report from the Election Commission puts them at around 5 million strong including election officers, surveillance teams, etc. These are often government workers with other duties who take up additional responsibilities for the 45-90 day period around the election.

Valli, who has lived for the last 21 years in India’s financial capital after she lost her husband to the December 2004 tsunami, which struck her village in Tamil Nadu, told Down to Earth magazine: “I have a jhopdi (shanty) here in Mumbai, an Aadhar Card with my Tamil Nadu address and a Tamil Nadu state Voter ID.”

She works as a wastepicker, collecting waste from the city’s streets. Valli is one among many thousands of people who live in Mumbai who aren’t able to participate in the elections because they lack proper documentation. This is inordinately felt by women from marginalised communities like Denotified Tribes. The Modi government has tried to stop labour data under the Mudra scheme from coming into the public domain, allegedly because it does not match their expectations. The Telegraph reports, “Modi, who has been focusing on national security on the campaign trail, cited Mudra in an interview with Republic TV last week and suggested that at least 4 crore people had taken money for the first time and “they must have started some employment, they must have employed somebody”.

IUF reported that, “Twenty-four unions representing Cargill workers in 15 countries, from Australia to the US, Indonesia to Russia and across Europe, have together publicly called on the company to stop violating rights in Turkey, where workers were fired at a Cargill facility in Bursa-Orhangazi nearly one year ago solely as a consequence of organizing to form a union – an internationally recognized human right.”

Ahead of the upcoming Argentina elections, thousands of protestors marched through Buenos Aires to protest the government’s austerity policies. “We cannot afford to pay for the electricity or the gas. Before, people in my neighborhood used to do small jobs like gardening, but now that’s gone, because the middle class is collapsing — the increases are also affecting them,” said one of the many protestors to France24.

How “Equal Pay For Equal Work” Excludes People Who Live With Mental Illness Like Me: An important read because it examines how the call of “equal pay for equal work” leaves out people who live with mental illnesses, chronic illnesses, and disabilities. Read more here.