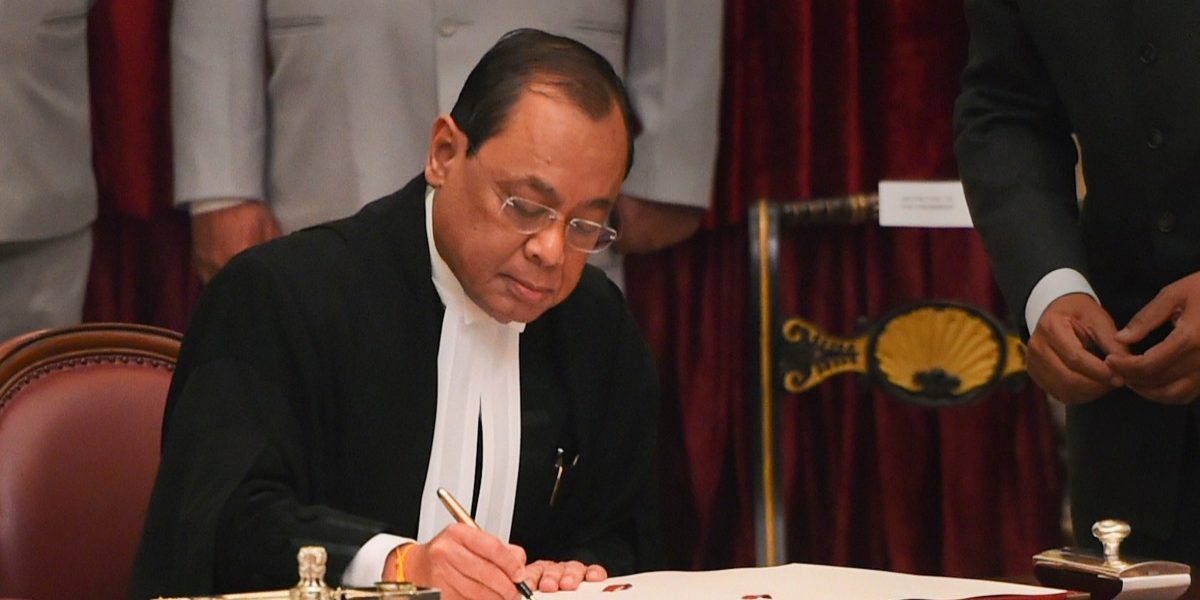 A junior court assistant has charged the Chief Justice of India, with inappropriate sexual advances against her as well as systemic victimisation after she resisted the same. In a long letter to the other judges of the court, her statement chronicles a series of events from when she was appreciated for her work and drawn into the core team of the CJI, to her eventual dismissal in December of 2018 for indiscipline and absence without permission.

Even as the news made headlines in some media portals including The Wire, CJI Ranjan Gogoi, in an unprecedented move, convened a bench of the Supreme Court where he denied the allegations. In his defence, he cited his long history in the court, his modest savings in spite of being a highly successful lawyer and the credibility of his position and that of the court.

He even defamed the complainant, questioning her credibility based on allegations external to the case. The most glaring aspect of this act was the fact that the highest judicial authority of the land sat in judgement on a case pertaining to him, violating the well-established principle that one cannot sit in judgment in a case in which they are vested.

Exposing our society’s attitude to cases of sexual harassment, the Bar Council of India and the National Green Tribunal, came to the defence of the CJI, while questioning the credibility of the complainant. Finance minister Arun Jaitley, went further and even claimed that it was an attempt by the Left and sections of the Congress to disrupt institutions.

However, the complainant did receive support from a few prominent lawyers. The problem with the CJI addressing the matter from the bench, the overzealous defence from the Bar Council – in a matter in which it cannot verify the facts – and the fact that the Junior Court Assistant was dismissed for frivolous actions, were all soundly criticised. Lawyers have also sought an independent investigation into the allegations.

Jet Airways, the largest private Indian carrier, suspended operations on April 17, leaving 20000 workers in limbo. They were already facing wage dues for over three months. With no options to find the necessary funds to restart operations, the possibility of the airline’s revival looks increasingly bleak.

The pilots and staff have been pressing the management to clear their salary dues. Since October, the workers have been receiving their salaries in instalments, due to a severe financial crunch. As of April, the company owes them salaries from January 2019. With the closure of operations, it is apparent that the company neither has nor can raise the necessary capital to pay up the dues.

The National Aviators Guild, the trade union representing the pilots, has said that it will not let the airlines shut down, but the pilots, cabin crew and ground staff, who are reeling from prolonged wage delays, are planning to move to other airlines that are attempting to fill the vacuum. However, these companies, that include SpiceJet and Air India, are only willing to hire them at a lower salary. The pilots are caught between a ‘rock and a hard place’, having to choose between staying with Jet and facing further wage dues or moving companies with a salary cut. 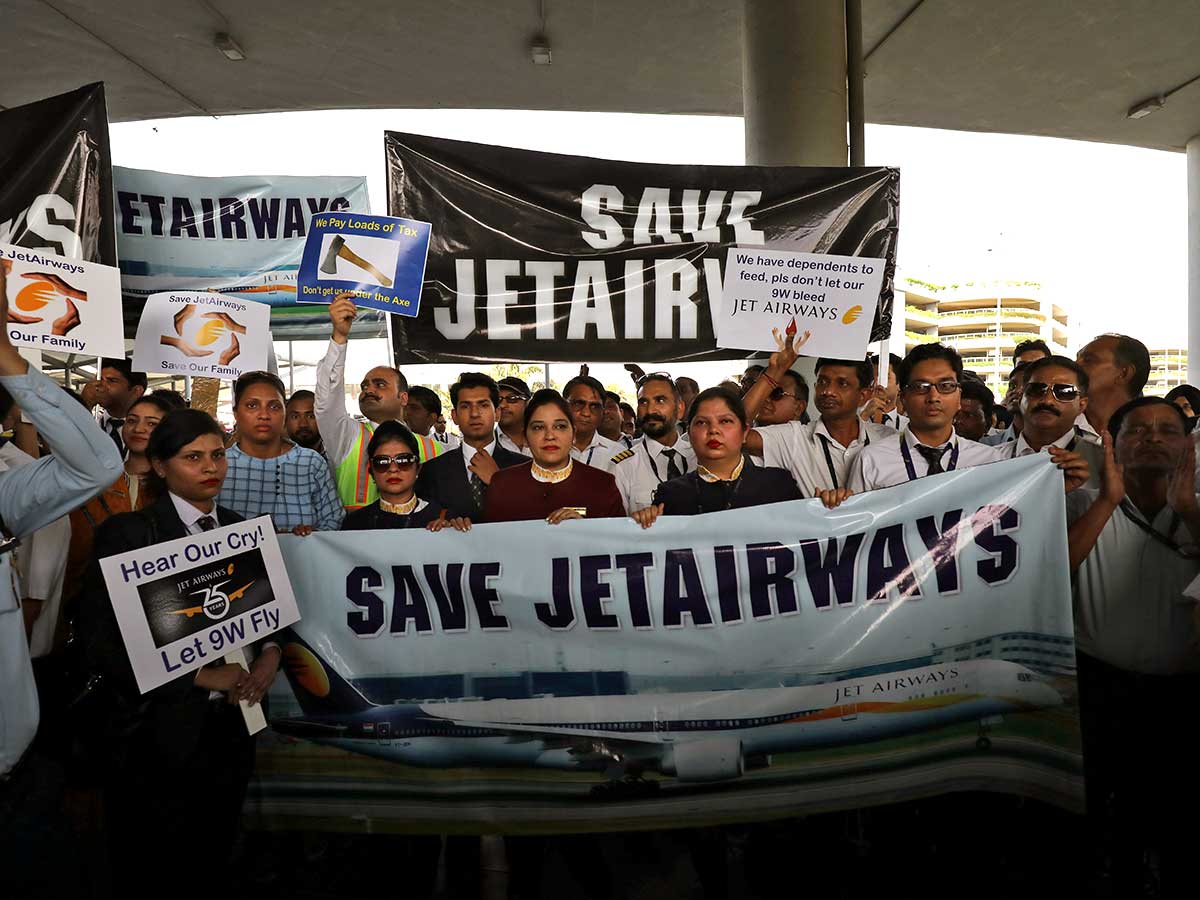 Saurashtra woes: Helpless farmers hope for the miracle of water

Persistent droughts, increasing debt and failed schemes are pushing the farmers of Gujarat’s Saurashtra region over the edge. Overexploitation of groundwater has become the only (un)viable option after many planned irrigation schemes failed to deliver on their promises. The crop insurances that were to be the safety net of the farmers have also failed to adequately compensate them for their loses. Down to Earth documents this predicament in detail.

The agrarian crisis in India seems resilient against all policy initiatives. Caught between the increasing cost of inputs, open borders and stagnant prices, the farmers seem to be caught in an unbreakable snare. It has been long argued though that intensive agriculture that is dependent on high water, fertiliser and pesticide use, is the root of the ills that plague our farm sector. A report in Business Line offers hope about organic farming and an opportunity to move out of the vicious cycle.

Also Read: In Kolhapur, an Endless Cycle of Labour Distress

How can we ensure social security for domestic workers?

Mirai Chatterjee, the director of SEWA Social Security, writes for The Wire discussing how informal workers are at the mercy of their employers for medical care and other emergencies. Since they do not have insurance or social security, those who are lucky enough to have decent employers receive some help with their expenses but others find themselves abandoned during their time of need by their middle-class employers. She also discusses the importance of child care, social security and other schemes that have to apply to informal labourers. 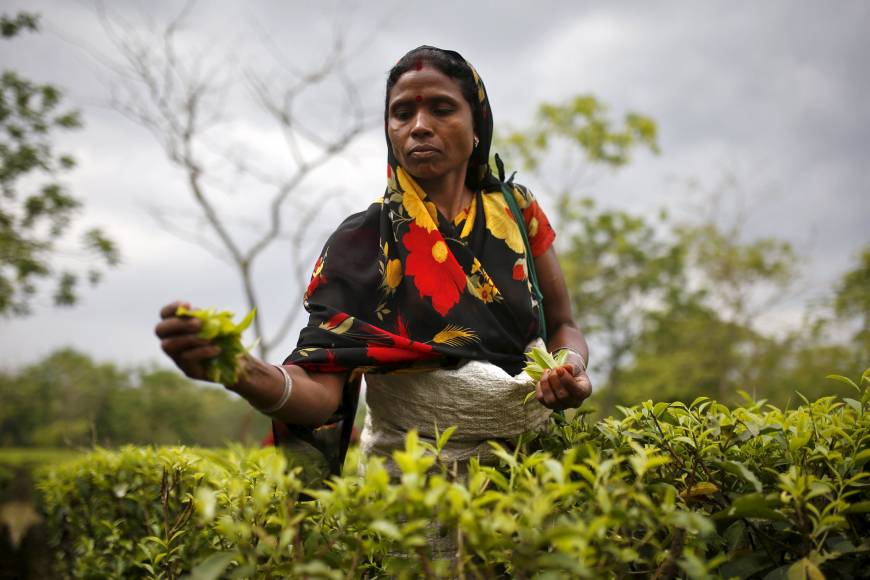 From Kerala to Delhi, Bengali migrant workers have a place everywhere – just not in Bengal’s politics

Shoaib Daniyal from Scroll reports on how Bengali migrant workers from the districts of Malda are finding work across the country, mostly in working class jobs. Many of these migrants are Muslims from agricultural backgrounds and are skilled labourers, like carpet weavers, but most male members of the families have been forced to migrate for work. Despite the upcoming elections, both the BJP and the Trinamool mostly ignore this group.

Fifty-eight migrant bonded labourers, including 25 children, from Odisha, were confined for five months in a brick kiln in Karnataka. The labourers received an advance and claimed that it was tricked into bonded labour. Their phones were confiscated. This is a rampant problem in Karnataka and other states and despite various measures to stop bonded labour, there is no sincere effort from the government’s side.

The Wire excerpts a section from a new book Vada Faramoshi which evaluates major schemes of the Modi government. The book is a collection of RTIs that look at government schemes around unemployment and apprenticeship. Despite a target of 50 lakh, only two-four lakh apprentices have actually been trained. Despite 10,000 crores being sanctioned, the entire scheme seems to have done little.

HC upholds increase in minimum wage in 34 types of industries

The Karnataka high court has upheld the government’s minimum wage increases from 2016 and 2017. They directed employers to pay the wages retrospectively within 8 weeks and with a 6% interest. “The complaint that the impugned wage values transcend the minimum wages, cannot be mechanically chanted like a Vedic mantra, in a populous society like ours, where at times, blood appears to be cheaper than bread,” Justice Dixit observed.

The Wire speaks to a teacher-turned-driver in Mumbai, writing that, “Shivaji is living proof of a maxim that increasingly sums up India’s unemployment scenario: the more educated you are, the more like you are to be unemployed. Shivaji currently possesses a number of pieces of paper that tells him he has BA degree, a diploma in education and has also passed the nationwide teacher eligibility test (TET).”

Arvind Panagariya, former Vice Chairman of the Niti Aayog, hasn’t let his new job stop him from commenting with unrelenting misguidedness. Despite being an academic from New York, he’s found time to say that the labour reforms need to go ahead to make Indian firms “more competitive”.

Also Read: The ‘Do What You Love’ Mantra and Co-Option of a Laborious Work Culture

He also criticised the Right to Education act for “neglecting quality” saying that “it cannot be that government uses taxpayers” money to give public school teachers salaries that are four or five times what their counterparts receive in private schools and they still deliver poorer outcomes than the latter”, he said. Panagriya has consistently proven to have an attitude that interprets complicated problems without any empathy for working class people.

About 500 community healthcare workers who are contractual employees of the Gauteng Department of Health blocked Johannesburg city streets, demanding that the health MEC come to address them and accept a memorandum of their demands. The workers are demanding that they be made permanent employees and their stipends be raised. The unions have been negotiating with the department and claim that the department renegaded on its promise last year to make the workers permanent. The protests saw parts of the inner city barricaded by the protestors in the weekend.

UK: Sex work is work – and its labourers are officially unionising

Despite the exchange of sex for money being technically legal in the UK, sex workers are often criminalised through other laws. Broadly reports that, “ Campaign groups and collectives like Decrim Now and SWARM are calling for full decriminalisation, but in the meantime strippers – whose work is entirely legal – are unionising in the hopes of sparking industry-wide change.”

Sex workers fighting for labour rights exists squarely at the intersection of feminist and labour organising and is a great opportunity in the UK for members of both movements to work together.