Four farmers from Gujarat have been slapped with cases for ‘illegally’ growing potatoes of a certain variety that has been registered by PepsiCo India. This potato variety is used in the manufacture of ‘Lays’ chips. Demanding damages worth Rs 1.05 crore from each farmer, the company claims that it had registered this variety with the Protection of Plant Varieties and Farmers Rights Act 2001.

The company had managed to get an injunction against the sale of the potato crop, when it filed the case in the commercial court on April 5th. The farmers have said that they are part of local farming communities, where they exchange seeds on a regular basis. PepsiCo, on the other hand, has mentioned in court that it is willing to settle the dispute out of court if the farmers sign an agreement to sell the entire produce to them and join their collective farming initiative.

Farmers’ groups across India see this as a precedent-setting threat, which will allow more companies to file litigations against farmers for growing other crops.

Scientists across three developing countries – India, Nicaragua and Ethiopia – have published a study showing “how farmers’ involvement in scientific studies can improve and accelerate crop variety recommendations.” Citizen science, or the idea of involving non-scientists in the scientific process, is always a joy to read about because it represents a more democratic and community-friendly approach to science.

In this story, a technique called tricot or triadic comparisons of technologies was used to crowdsource results regarding the planting of three crop varieties randomly assigned to each farmer. As Scroll reports, “The farmer then ranks the varieties according to different characteristics such as early vigour, yield, and grain quality.” Farmers are the stakeholders who have to actually use the seeds so allowing them to input their judgement about whether changing climatic conditions can be combated with these different crop varieties is vital.

The Tamil Nadu government is inspecting all garment factories after the National Human Rights Commission sought a response from the government on complaints being raised by garment workers on mobile radio platforms.

“We have found violations and have served notices to more than 200 factories spinning mills so far,” said Kaveri Manoharan, head of the state’s Directorate of Industrial Safety and Health. “In most cases, there were too few toilets and hygiene was an issue. Also, creches had not been set up even though hundreds of women were employed. We have given managements one month to fix the problem, document it and get back to us,” she added. 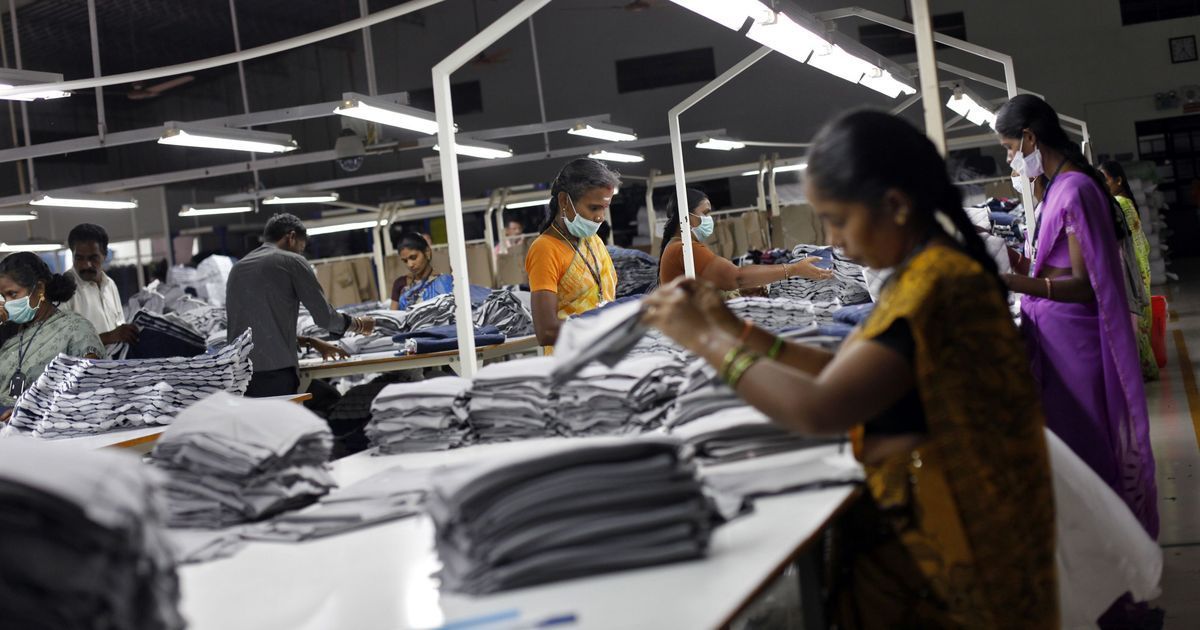 Three mobile radio platforms have been established in Tamil Nadu where workers in various garment factories are able to call and record their grievances and violations. These complaints are then directed to various garment sector unions and lawyers willing to take up these issues.

Why 2 lakh sex workers intend to vote for NOTA in this election?

The All India Network of Sex Workers (AINSW) presented a manifesto to all political parties, making a list of demands for the welfare of sex workers. The manifesto addresses issues such as access to basic services, pension at the age of 45, participation in policy-making and dignity of work, among several others. But the failure to include these in parties’ manifestos has led to the only electoral recourse the network deems fit: NOTA, or the option to not vote for any candidate in elections.

The Nagaland state government has directed district programme officers to freeze benefit transfers to MGNREGA workers, even as they have received over 240 crore from the Central Government to implement the scheme. Nagaland Public Rights Awareness and Action Forum, has raised several queries about this order while also asking the government about the alternatives that have been prepared to pay the workers their wages on time.

The forum claimed that over 1.26 lakh people in Nagaland were enrolled under the scheme and pointed out that the act of freezing the accounts would prevent the workers from receiving their dues from the central government. It cautioned against depriving workers of their due benefits and said that the forum will take appropriate steps if the issue is not resolved soon. 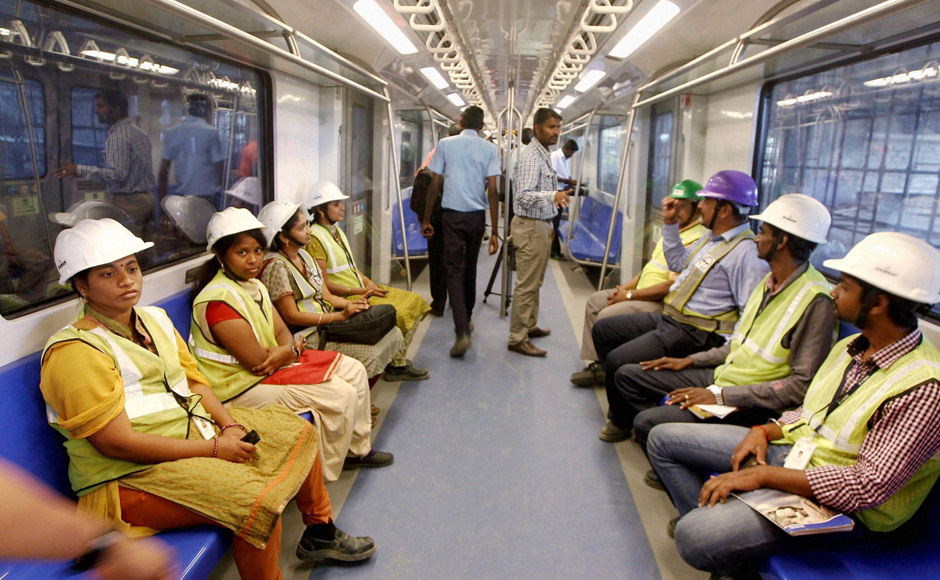 Metro train workers inside a coach during a trial run between Koyambedu and Ashok Nagar in Chennai on Saturday. Credit: PTI

Over 100 permanent employees of CMRL, which operates the recently opened Chennai Metro Rail system went on a protest in front of the Managing Director’s office demanding that 8 workers dismissed by the company be reinstated. The Newsminute report suggests that the dismissals happened as a consequence of a letter written by state president of the Centre of Indian Trade Unions (CITU), A Soundarajan, seeking an end to outsourcing.

The workers in the protest maintain that the 8 persons who have been dismissed were the office bearers of the union and their names appear on the letterhead used by A Soundarajan. Workers further claimed that outsourcing contracts are being allotted without due process of tendering.

Two workers died after they descended to clean a well that belonged to a tea stall. The well had been contaminated with sewage. The workers suffered asphyxiation when they entered the well to clean it. Three persons have been arrested under the prohibition of manual scavenging act.

Also read: Manual Scavengers, Women and Farmers Come Out with Manifestos of Their Own

Workers face uncertainty due to slump in the jute industry

Jute products have been a major industrial sector in West Bengal since the days of the British Raj. Employing lakhs of people directly in its factories and sourcing the raw materials from the fertile regions surrounding the state, it was a major engine of growth. However over time, due to a lack of modernisation, short term vision of the owners and the lack of investment by the state in terms of research and other support, the industry has suffered significant decline.

Demonetisation has also caused a number of units to shut down leaving workers with months of wage dues. Workers are demanding that the government focus its efforts on reviving the sector as per a report from Firstpost. An excellent article in Wired focused on workers cooperatives in the US that built apps that competed with the existing gig economy apps. The story focuses on Up & Go, an app built by a workers cooperative of mostly Latin Americans immigrants who do house cleaning and similar services. While the cooperative already existed, the app was built to compete with Handy, a typical Silicon Valley company that treats workers as commodities.

Also read: Hustle Away: The Dawn of an Instagram Work Culture

The differences between Up & Go and Handy are stark. There’s no rating of the workers but you can rate the entire company. The workers receive higher wages because the app only takes maintenance fees and doesn’t need to make money. All features in the app are decided by the workers themselves. Most importantly, the business is thriving. As building platform apps becomes easier and easier, it is slowly emerging that the real problem isn’t tech. The real feat is building cooperation and solidarity among workers.

A union member writes in Nursing Clio about why their fellow museum employees might unionise. The story isn’t one of conflict with a rapacious upper management or of some particular moment of crisis but rather a natural progression of workers trying to ensure that their workplace remained a positive and inclusive space.