The Life of Labour: Agrarian Distress in Andhra; Patriarchy in Marathwada

Migrant workers: a case of taxation without representation

India has the largest population of people, migrating internally for employment. They contribute enormously to the productive economy, are often a viable channel for transferring financial resources from high growth regions to regions with lower development, and their earnings contribute to the revenue of the nation and the states they work and invest in.

Some reports claim that migrant workers – who constitute almost a quarter of India’s population – help transfer over 2% of the GDP from southern states with high development indexes to central Indian and northeastern states. However, migrant workers have very little state protection because of their lack of valid identity documents. This not only denies them the welfare measures by the state – paid for from their taxes – but they also lose their right to vote by default, unless they are willing to suffer heavy pay cuts and the loss of their employment.

Thus the system is disenfranchising the most vulnerable people when they need their voices and votes to be heard. At a time when the government is thinking of providing voting options for non-resident Indians, it is imperative that the internally migrating workers get their vote back.

What is fuelling the agrarian distress in Andhra Pradesh?

The once prosperous farmers of Andhra Pradesh are migrating to wage labour by the thousands. In India, farming had always been a gamble with natural elements. However, in recent years, it has become increasingly distressful, and even the most resilient farmers are now deciding to seek wage work in urban areas to make ends meet. The agrarian distress, which has its roots in the erratic rains that have failed the Rayalseema region 15 of the past 18 years, was compounded by the lack of policy solutions to address the dwindling water sources or the lack of remunerative employment for improving rural infrastructure.

The failure of the state to provide adequate work under the MGNREGA program is also another key issue. All these factors combined are having deleterious effects on the population, especially the youth.

Yet again, tradition is in conflict with the present in Kerala. This time it is centered around the livelihood of fish workers and paddy farmers. Pokkali, the saline water paddy crop, has hitherto offered a unique opportunity for fish workers and farmers to enjoy a synergy.

The farmers allow their lands to be used for aquaculture during the non-cultivation season. The prawns and crabs – raised in these farms – use the remains of the paddy crop to survive, while also enriching the land with its waste. Before the cultivation begins, the traditional fish workers enter the fields to catch prawns. The right to enter the fields in the fag end of the season to collect the remaining catch, has been a traditional custom in these areas known as Kettukalakkal.

However, the declining revenue from paddy cultivation and a rising assertion of farm landowners of their lands, is leading to conflicts between the fish workers and the farmers. While the farmers seem to argue that they have rights over the property, the fish workers argue that they have a generational claim over the aquaculture grown in these farms.

This is yet another example of a modern legal private property based system coming into conflict with the traditional livelihood system based on the concept of commons. How will the modern State and a progressive government resolve this conflict? To which side with the scales tilt?

Also Read: How Much Is a Woman’s Labour Worth? Rs 37 a Day, According to the Central Govt

Why many women in Beed have no wombs?

Women in the Marathwada region are submitting to ‘voluntary’ hysterectomies to keep up with the demands of livelihood. These women, employed primarily in cane cutting during the harvest season, find it unaffordable to lose a few days of work during the peak season. Thus, they are willing to lose their uterus to avoid menstrual periods.

Paid low wages and penalised for absence at work, the women are, in many subtle ways, coerced into choosing to lose a part of their body in order to find seasonal employment. “We have a target to complete in a limited timeframe and hence we don’t want women who would have periods during cane cutting,” said Dada Patil, a contractor. 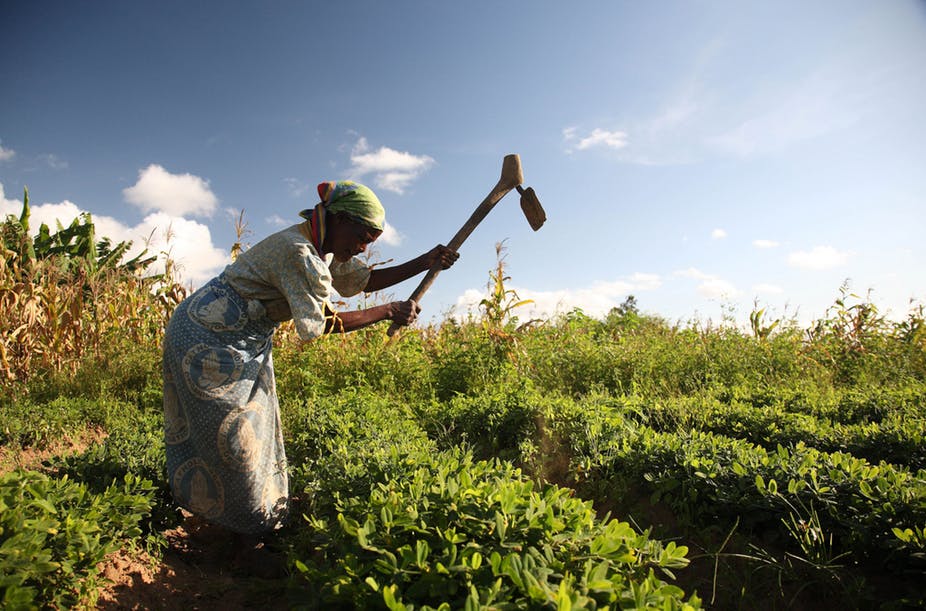 Patil insists that he and other contractors don’t force the women to have a surgery; rather, it is a choice made by their families. The aggravating rural agrarian crisis, under capitalist patriarchy, is creating increasing pressure on workers, especially women, to adopt extreme decisions that will have long lasting effects on their body and minds.

The demand for cashew is increasing in Europe and the entrepreneurs in the global south readily respond to it. The free-market economy works fine as long as one avoids recognising the collateral damage it leaves on the informal women workers.

In this case, the women, who often have to work without mechanical tools to shell the cashew nuts, suffer significant burns and blisters due to the acids they come in contact with during the process of shelling cashew nuts. Paid by the kilo for the amount of cashew shelled, they neither have the resources nor the time for gloves and other safety equipment. Unable to afford medicines to treat the wounds, their only palliative is the ash from the fires, and their will to endure.

Brands that sell cashews in the supermarkets in the West claim that they do their part to ensure proper working conditions, but their emphasis on cutting costs only reduces the margin for producers who pass the burden on to the workers. So the solution remains elusive as in the apparel industry.

Also Read: Until We Properly Define Home-Based Workers, Their Labour Will Be Ignored

The police also said the incident took place at a unit run by Jayakumar at Karuppa Goundan Palayam. The unit had employed more than 10 persons and had not renewed the Tamil Nadu Pollution Control Board (TNPCB) license that expired a month ago. They had sealed the unit as it was functioning with adequate licences. Three other workers were also hospitalised after they suffered the same effects as they tried to retrieve the bodies. They are said to have now recovered.

Ten women workers, resting after their morning shift, were buried under a mound of mud due to a minor landslide. Many others were also injured. While the landslide was a freak accident, the workers and activists have pointed out that such accidents occur because there are no facilities available for the workers to take rest. They have also asked the government to investigate the culpability of the erring officials for the violation of the Building and Other Construction Workers Act. The NHRC has sought a report from the state government on this issue.

This week saw yet another accident involving manual scavenging. This time in an automobile factory in Gurugram. The two contract workers, aged in the early 30s, were asked to clean a septic tank without any protective gear. When one of them fainted, the other tried to rescue him and both perished after inhaling toxic gases before they could be rushed to the hospital. Other workers and union leaders filed a complaint with the police. However, TOI reported that an FIR had not been filed even after the police inspected the premises.

Workers must get compensation for internal injuries too, rules Madras HC

In 2000, a factory worker suffered injuries in a fall during work but was denied compensation from his employer who claimed that loss of one kidney was not a disability. Hearing the petition from the workers, the Madras High Court asked the Centre to bring necessary amendments to the Employees State Insurance Act to include injuries to internal organs like kidneys, lungs, liver, etc. As of now, it only counts 11 external injuries as eligible for compensation

Manual scavengers, women and farmers come out with manifestos of their own

Safai Karamchari Andolan released a ten-page manifesto that lays out some demands for India’s liberation from oppressive manual scavenging practices. Similarly, there has been manifestos from a number of other sources – from farmers that discusses the agricultural crisis, from a child rights NGO, from people’s movements that discuss water and land rights, from trade unions and organisations representing women workers. Each of these documents offers an alternate viewpoint from those of the two main parties – the Congress and the BJP – and gives us a chance to engage with these vital ideas. 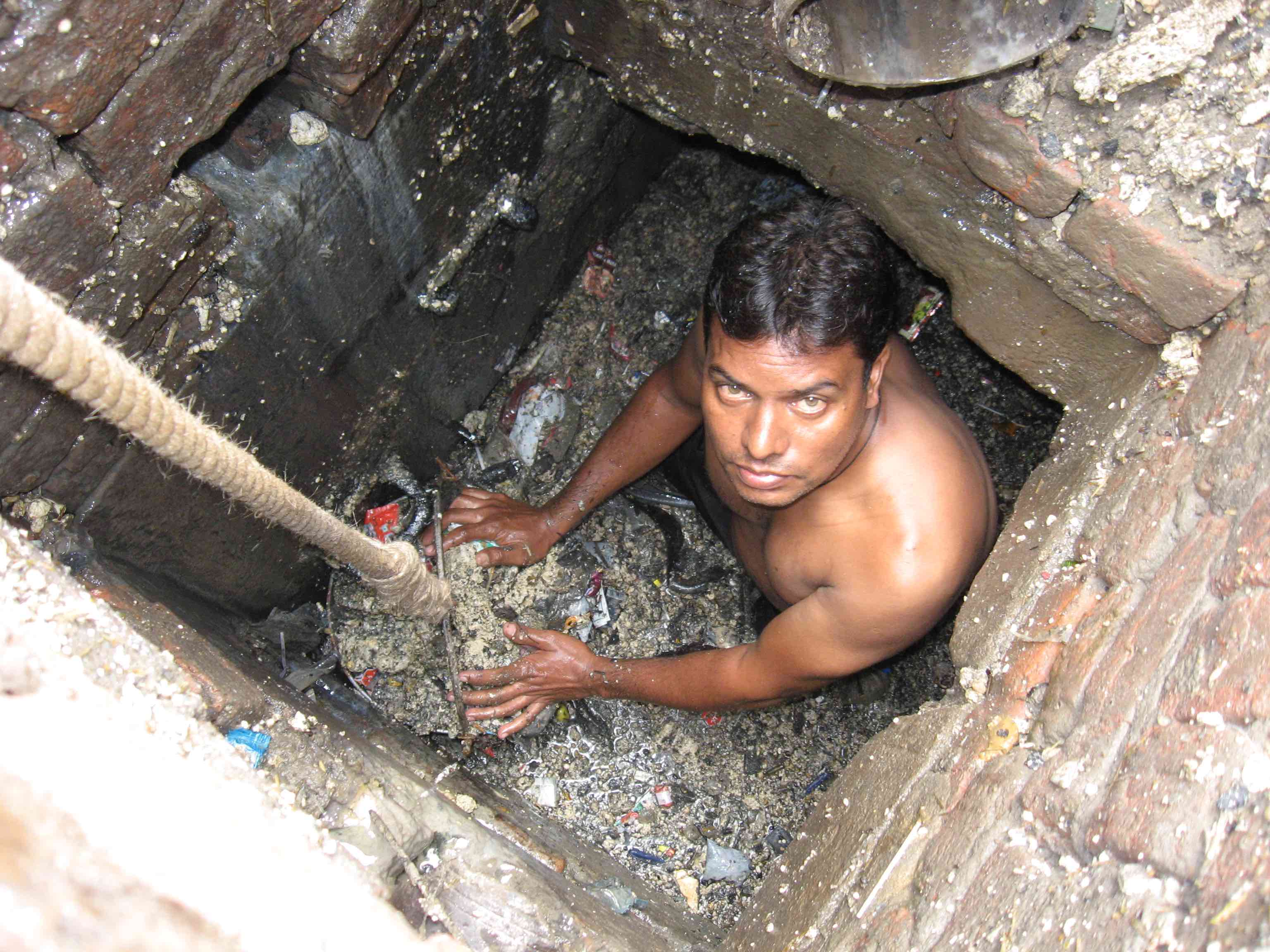 Companies must declare leave on voting day: IT workers

Forum for IT Employees, a trade union for IT workers, has asked tech companies to declare a holiday on election day so that employees are free to cast their votes. “We have urged the labour commissioner to ensure that a full day’s leave is granted for the polling days,” Pavanji Mane, state president for Maharashtra, told the Indian Express. “When we circulated the queries in various WhatsApp groups, more than 50% employees said their companies had not provided any clarity on the matter.”

A group of Yemeni store owners in New York have decided to stop selling copies of the New York Post, a tabloid that is part of Rupert Murdoch’s media empire. The paper had published a cover showing the World Trade Centre being bombed alongside an image of Somali American congresswoman Ilhan Omar and tried to misrepresent her beliefs.

Also Read: From Farms to Slums, the Job Crisis Has Left Women Even More Vulnerable

The Guardian reported, “In an open letter in response. The Yemeni American Merchants Association wrote that the front page “provoked hatred” and “aims to harm Omar and her family and other people of the Islamic faith”. This is hopefully the first of many instances where residents come together to stand against the hate being sold by millionaires for their own profit and agenda.

In the Philippines, no signs of softening as Sumifru workers vow to carry on the fight for rights

The Japanese company, Sumifru Philippines Corporation is primarily an exporter of quality Cavendish bananas, pineapple, and papaya. In Compostela area of the Philippines, they own more than 2000 acres and produce more than 19,000 boxes per day, employing 4700 employees.

Since October last year, more than 900 union workers have been on a strike and more than half of them are women. The union tried to stop the production by installing barricades in many of the Sumifru packing plants. Davao Today shows the fight for regularisation by workers who have spent their lives working for the company as well as those who are attacking the numerous health hazards.