Subscribe to The Life of Labour, a compilation of important labour developments from around the world by Thomas Manuel. It will be delivered to your inbox every Sunday at 10 am. 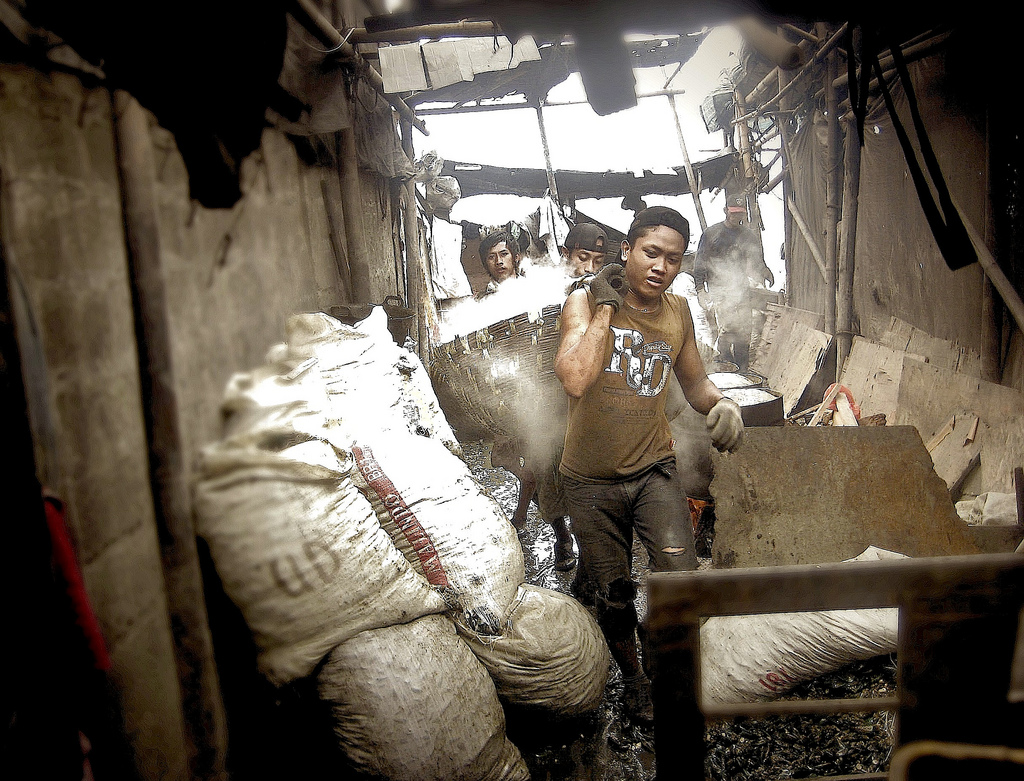 1. After the Jharkhand collapse, 2016 became one of the deadliest years for mine workers

Indian Express reports that “with a fatal accident every three days, mining is arguably the most dangerous profession in India, alongside ship-breaking. The numbers for July-December 2016, which would include the Lal Matia mining accident, could well push the fatalities this year to a record high.”

2. 25,000 East Delhi municipal workers have been on strike since January 6 over pending salaries for the last three months

“We have to get on roads after every three months for last three years just to get our salaries. The state government and municipal corporation are fooling us and we don’t want the situation to be repeated. We will not give up this time unless all our demands are met.”

In another interview, he added:

“We are talking about Swachh Bharat but not the safai karamcharis who work in worst circumstances. We have not been given new uniforms for 20 years. We are asked to work with minimum equipment. We often lift the garbage and filth with our hands just to keep this city clean.”

Two days into the strike, the Delhi government released an ‘advance’ of Rs 119 crores to the EDMC so salaries could start being paid by Monday, but safai karamchari unions as well as the corporations called it an ‘eyewash’.

The strike was called off after five days, but some unions continue to strike work:

“Although trucks across east Delhi have started clearing last week’s accumulated garbage, some sanitation workers’ unions are still refusing to budge. On Thursday, hundreds of workers barged inside east corporation’s headquarters in Patparganj, forcing the standing committee meeting to be cancelled.

The union leaders warned that they won’t let EDMC work. They claimed that the relief was temporary and threatened to go on strike again. Workers demanded implementation of the fourth Delhi Finance Commission report or the unification of the trifurcated corporations as a permanent solution.”

3. From Dhaka to Tirupur, garment workers fight for basic rights

Over 1,500 garment workers were sacked in Bangladesh after protests and shutdown of factories for increasing min wage, according to The Guardian. The protests began because of the sacking of 121 workers, “but soon evolved into a demand for the trebling of workers’ pay from the current monthly minimum of 5,300 taka (£54)”. In the ensuing protests that saw tens of thousands of workers walking out of factories in the manufacturing hub of Ashulia, factories laid off 1500 workers and filed cases against several of them, though the Bangladesh Garment and Industrial Workers Federation puts the number of sacked workers about 3,500, with several more labour organisers hiding from arrests.

As if on cue, the India Committee of Netherlands released a report last month on the woes of women garment workers in Tamil Nadu who were lured by the Sumangali Thittam scheme that has found popularity since the 1990s in the textile mills of Tamil Nadu (centred around the garment hub of Tirupur).

As The Hindu reports: “…There is no compliance with Indian labour laws and international standards on forced labour, working hours, wages and social security. Only 39 of the researched mills paid the legal minimum wages. 91 per cent of the mills covered in the study have some form of forced labour with camp labour or a Sumangali scheme. More than half the mills studied do not allow workers to leave the hostel after working hours.

On January 6, 2017, a junior engineer in the maintenance division at Renault Nissan India factory at Oragadam, Chennai, was killed in a gruesome accident when a hydraulic press he was servicing malfunctioned and crushed him. He was to be married in a month.

This is the third major accident that the auto manufacturing companies in the region has seen in the past year. In March 2016, a contract worker working at a Hyundai Motor India Ltd. facility in the outskirts of Chennai was asked to clean a machine while the conveyor belt was running, causing him to lose his fingers. Within a month, another worker at the facility, an apprentice, was also severely injured.

5. Workers in Delhi Industrial Region form a regional platform to coordinate their struggles

Industrial workers in Rajasthan and Haryana, bordering Delhi industrial region, have launched a regional platform to collectively struggle for their demands. This region has seen a spate of retrenchment and strikes that have significantly endangered employment opportunities. In February 2016, Honda Workers faced police action and termination for protesting harsh working conditions and indiscriminate disciplinary action. There have been reprisals against Honda workers for even supporting these workers.

Similar strikes and police actions have followed in factories across the region with workers claiming that they don’t get permission to even engage in peaceful protests. Demonetisation has only increased retrenchment of workers. In order to challenge the repression and strengthen their collective struggle, workers have formed the regional platform called Mazdoor Sangarsh Samithi, to coordinate their struggles. The workers have demanded an end to contractualisation and immediate reinstatement of terminated workers.

6. The Supreme Court is set to redefine ‘industry’ – with far reaching consequences

According to Livemint, “At least 250 state bodies from Uttar Pradesh, Haryana and Gujarat had sought to revisit a 1978 ruling of the apex court which defined the term ‘industry’ under the Industrial Disputes Act (IDA), 1947. The request by the states is seen by some as a move that could potentially shrink labour rights and disrupt the working conditions of employees in the formal economy.”

Hindustan Times cited a notice that stated “The National Human Rights Commission has taken suo motu cognisance of media reports regarding the deaths of 106 farmers during a period of one month in Tamil Nadu which it considers as a matter of concern.”

The News Minute reported that “In a desperate protest meant to draw the government’s attention to their plight, around 40 farmers ate rat curry in front of the Trichy Collector’s office. Demanding that the Tamil Nadu government declare the state drought-hit, some farmers held up dead rats in their mouth, others rolled on the ground carrying clay pots filled with rodent meat.”

8. Newspapers and publishers become the news as lay-offs loom

The saga continues at Penguin Random House, the largest publisher in the world, after it derecognised two unions in December. The publisher, said to be responsible for about one in every four books sold globally, recorded a 23% rise in profits to a record €557m last year but could not reach an agreement with the unions on an issue of staff redundancy.

The Guardian reported that more than 140 writers, booksellers and librarians signed a letter calling on Penguin Random House to reinstate relations with the two trade unions. This seems to have worked as, in what is being widely interpreted as a management climbdown, Penguin Random House has resumed talks with unions over a new collective agreement.

In India, the last month saw reports of downsizing at Hindustan Times and Anandabazar Patrika Group. News Laundry reported that HT is shutting down four bureaus and three editions and will now be syndicating business news from sister publication, Mint. This comes on the advice of Boston Consulting Group were called into to look into their expenditure. The ABP Group, which includes The Telegraph, is rumoured to be cutting 40% of their staff, according to The Quint.

9. Two demonetisation surveys give voice to the common man

A Delhi survey found that “Among the respondents, the hardest hit were casual labourers and domestic workers, with an average decline of 72% in their daily earnings following notebandi (demonetisation). Cases were reported where daily wages had declined from Rs 350-400 to Rs 150 or even Rs 100 due to lack of work.”

A survey across cities in Tamil Nadu (done originally in Tamil, translated into English) found that “Even if it’s a minority, a significant number of people believed that the “Modi’s action is for the eradication of black money”. Those with such belief as well as those who do not support Modi’s action are highly critical about the way the demonetisation has been implemented. It is a surprise that even the BJP supporters and Modi’s fans agree that this action can’t eradicate black money. A small section of working people says that they bear their daily hardship for the country’s sake.”

Making Aadhar mandatory for PF, the government stated it would withhold their pension contribution till worker’s linked their account. The Hindu reported that “The subsidy, equivalent to 1.16 per cent of the employee’s salary upto ₹6,500, paid by the Centre towards the EPS, will no longer be credited till the Aadhaar number is shared with the authorities.”

At the same time, employers who have been contravening provident fund regulations and not declaring accurate numbers of employees have been given an extended amnesty scheme till March 31. By declaring the right number of workers within that date, they will be only fined Re 1/- for such violations till date.