The Life of Labour: CAG Pulls up Gujarat Government for Failing to Implement the Factories Act 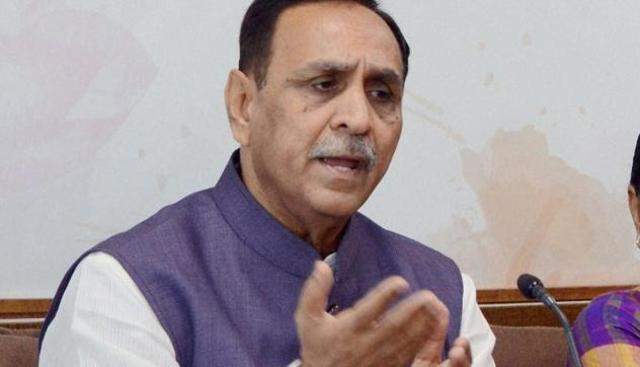 According to data from the United Nations Human Development Report, India’s female labour force participation is around 27%, which is far below the global average of 48.7%. The report defines labour force participation rate as the “proportion of the working-age population (ages 15 and older) that engages in the labour market, either by working or actively looking for work, expressed as a percentage of the working-age population”. While there are different viewpoints on the cause for this, including interesting arguments from economists like Jayati Ghost that have been covered in previous editions, these global reports act as reminders about who development is leaving behind.

The sanitation workers of East Delhi have been forced to go on strike again to receive their salary from the local government. East Delhi Municipal Corporation Mayor has blamed the Delhi government for not releasing the funds. The Delhi government has not commented so far. The Mayor has tried to talk to the union and the workers out of the strike but when they don’t even receive their salary, what choice do these men and women have? The president of MCD Swachhata Karmchari Union, Sanjay Gahlot, told Hindustan Times that, “There are sanitation workers who have not been paid their salaries for the last eight months.”

To force the government to implement the pay panel recommendations, Rajasthan state transport staff went on strike. Rajasthan Roadways Workers’ Union general secretary Kishan Singh Rathore told The Hindu that, “There are 4,716 buses with the Rajasthan State Road Transport Corporation. This includes nearly 1,000 buses that are on contract, and most of them are not operating. This one-day call may be extended.”

When a worker is dismissed from a job and they challenge it in a court of law, they do not go into a state of hibernation. Their commitments to their families do not cease, nor does the government exempt such a worker from indirect taxes, from which it pays the judges. Yet, the honourable Supreme Court has maintained that a worker, whose dismissal has been revoked by the courts, cannot claim the wages s/he lost due to such a dismissal, as a right. It claims that such a worker has to prove that they have not had a gainful employment and had no earnings. It also states that the company that had wrongfully dismissed the worker gets a chance to prove that s/he was employed during the period of dismissal. The case pertains to the dismissal of a worker by the Rajasthan Road Transport Corporation. Though the labour court and the High court had found the dismissal improper and ordered his reinstatement, the company went to the Supreme Court. The apex court, while upholding the lower court orders, has said that the quantum of back wages will be adjudicated.

Gujarat government pulled up for failing to implement Factories Act

Comptroller and Auditor General, in its report on ‘General and Social Sector’, has documented the numerous lapses on the part of the Gujarat government in implementing the Factories Act and other labour legislation. The report highlights that the factories inspectorate had not even registered all the factories registered with the EPFO, the inspections had gone down drastically from previous years, medical examination of workers since 2013 was below norms by 78%, and a mere 45% of the required medical officers were employed in hazardous factories. All this has led to an increase in fatal and non-fatal accidents in industries. The report comes at a time when there is a greater pressure upon the central government to push through reforms that will reduce inspections and compliance monitoring.

Employment in the manufacturing sector in India has become increasingly precarious, with recruitment as contract workers and as trainees dominating job markets. Those recruited as trainees face an uncertain future as they might lose their jobs even after long service. But recently, trainees have been able to successfully challenge their retrenchment and force the companies to offer them regular jobs. The Madras High Court, in a series of judgments, has upheld the contention of the workers that they had worked more than the stipulated period as trainees and therefore they have a right to permanent employment. Thozhilalar Koodam maps these cases in this article. While these trainees might have won the case, the implementation of National Employability Enhancement Mission (NEEM) and Fixed Term Employment might make this a fleeting victory.

Contract workers of SCCL are a major vote bank in Telangana

The contract workers in the famous Singareni Collieries Company Limited have been on a long drawn fight for better wages, work conditions and job security for many years. While their voices might not have reached Hyderabad until now, with assembly elections on the cards, TRS legislators are all ears for them. With over 10,000 workers, SCCL employees form a major vote bank in many constituencies in the region. While TRS has unleashed its election campaign with meetings with union leaders, they might have to struggle to win over the votes of the rank and file membership. Their vote might be a trump card for the contract workers.

Other news and updates

No takers for VRS at Renault Nissan India

Renault Nissan Automotive India limited had offered a Voluntary Retirement Scheme for its workers earlier this month. The scheme also had an early bird offer for those volunteering immediately. However, it seems there are very few takers for the VRS offer, with the recognised union complaining that the measure was not discussed with the union prior to the proposal. Workers are also not enticed by the offer as they have long working lives ahead and it is increasingly difficult to find permanent jobs. There is fear among the workers that the management will force the scheme on them soon. Other union leaders have urged the workers to challenge any coercive measures.

With tenured jobs becoming a rarity, the Employees’ State Insurance Corporation (ESIC) has approved a new scheme under which it will provide monetary compensation to insured persons who have lost their jobs and are in search of new jobs. The scheme, whose details are yet to be published, was announced on September 19 by the union minister for labour, who acknowledged the increasing number of short-term jobs in the market. While this scheme is a new scheme, ESIC has a less publicised scheme in which retrenched workers can seek wage compensation for a stipulated period through ESIC.

Autonomous machines are the ‘Future of Jobs’: WEF report

The World Economic Forum, in its report ‘Future of Jobs’, predicts that machines will dominate workspaces by 2025. The report predicts that the shift is imminent and in the next four years, 52% of the task hours in 12 key sectors will be done by machines, with human labour dropping from the current 71% to 48%. In India, over 54% of the jobs currently undertaken by humans will be automated. However, it still contends that with proper reskilling, we could increase the number of human jobs in the overall economy. Although with the failure of India’s flagship skilling programme ‘Skill India’ in achieving its objectives and an explosive growth of working population, it is not clear if we can meet the challenge of automation in the next 7 years.

Can trade agreements be a friend to labour?

Dani Rodrik asks why we keep relying on international trade negotiations to uphold labour rights when we know that labour clauses have never shown consistent improvement in working conditions or wages in developing countries, which are wary of conditional trade. Instead, he recommends that they can focus on non-economic but core labour standards.

In what local media has termed a ‘battlefield’ and a ‘war zone’, police are attacking protestors who have organised as part of a national strike in Swaziland in Africa. The strike is a part of a three-day campaign organised by the Trade Union Congress of Swaziland. Bus conductors and teachers have reportedly been attacked in vicious operations. The Times of Swaziland reported, ‘The protesting workers were stuck at SNAT Centre as the armed police surrounded the building and threw stun grenades while firing tear gas canisters at anyone leaving the venue.’

In a story with many parallels in India, a Korean carmaker fired hundreds of workers when it went into court receivership in 2009.  Korea Times reports that “At the time, 900 workers who launched a strike at the company’s Pyeongtaek plant were forced to choose between unpaid leave and voluntary retirement. Those who did not decide were later fired.” In 2013, all those who went on unpaid leave were rehired but some of those who were fired were never reinstated. As the company has finally agreed to rehire the 199 workers, this marks the final victory in an almost decade-long campaign.

Workers at the construction site of İstanbul’s third airport have been on strike, fighting against “poor working conditions and lack of work security that have allegedly caused hundreds of deaths.” Ahval News reports that on the day of the strike, Turkish police rode in and arrested 543 of the protesting workers. New workers were then found and hired to work at the site in a contract capacity. The Union of Construction Workers and the Union of Revolutionary Construction Workers organised a public meeting to criticise the police action and demand the workers’ freedom but the police shut down the meeting and arrested many union leaders and journalists.

A blueprint for universal childhood: Writing for Jacobin, teacher Megan Erickson makes a new argument for maternity and paternity leave and labour rights for parents – the rights of children. “Children deserve to spend their days in the company of peers, having fun, and discovering the world with the help of loving, well-compensated adults.” Read the full essay here.