In an op-ed, the IT services billionaire has said that diluting "already lax laws" will exacerbate conditions of low-wage earners. 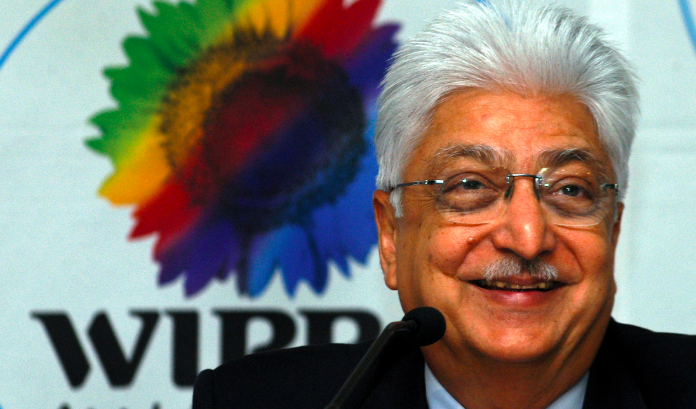 In an op-ed in the Economic Times, the Indian billionaire argued that the dilution of “already lax laws” would not boost economic activity.

“This tragedy [death of migrants on train tracks in Aurangabad] is just one of the most wrenching markers of the tremendous misery that hundreds of millions of our fellow citizens are bearing, those who are the weakest and the poorest,”Premji wrote.

“This is the reality we are living through. And so, it was shocking to hear that various state governments, encouraged by businesses, are considering (or have already done so) suspending many of the labour laws that protect workers. This includes laws related to settling industrial disputes, occupational safety, health and working conditions of workers, and those related to minimum wages, trade unions, contract workers, and migrant labourers.”

Over the last two weeks, multiple BJP-led state governments in Gujarat, Uttar Pradesh and Madhya Pradesh have through varying attempts sought to remove laws governing how companies treat their workers in a bid to attract much-needed investment after the easing of the COVID-19 lockdown.

Acknowledging that he has dealt with his share of “draconian laws and unreasonable trade unions”, Premji points out that many regulations have changed over the past decade and they are hardly among the industry’s “top constraints” today.

He also added that “those sixteen young men [Aurangabad migrants] died” because India has “almost no social security and too little worker protection”.

“All my working life I have dealt with labour unions and labour laws. It is not as though over these past fifty years I haven’t dealt with draconian laws and unreasonable trade unions. But over the past few decades labour laws have changed such that they are hardly among industry’s top constraints. At the same time, social security measures have not increased, thus worsening the precarity of the employed. Diluting these already lax laws will not boost economic activity, it will only exacerbate the conditions of the low wage earners and the poor,” he notes.

“Such measures tend to pit workers and businesses against each other. This is a false choice. We need only look at the past few weeks of experience, the unjust treatment of migrant labour vitiated the social contract between business and labour. This triggered the mass reverse migration of labour, undermining businesses. Thus, such measures are not only unjust but also dysfunctional. The interests of workers and businesses are deeply aligned, particularly in times of unprecedented economic crisis.”

Watch | UP Labour Law Ordinance: ‘An Attempt at Labour Exploitation, India Pushed Back to 19th Century’

The IT services tycoon also bats for providing “emergency cash relief of Rs 7,000 per month for at least three months to each poor household/migrant worker”.

“Minimum wages for 25 days per month should be released to all poor urban residents for the period of the lockdown and at least for two months month following the end of the lockdown. Full autonomy and freedom should be provided to stranded and migrant labourers in deciding their travel plans, while ensuring all measures for containment of the pandemic. No one should be forced either to stay back or to return to their home states. Stranded migrant workers should be allowed to travel for free on buses and trains,” his article notes.