With construction activity not picking up and the share of remittances from the Gulf declining, lakhs of migrant workers in Kerala are finding it hard to find work. 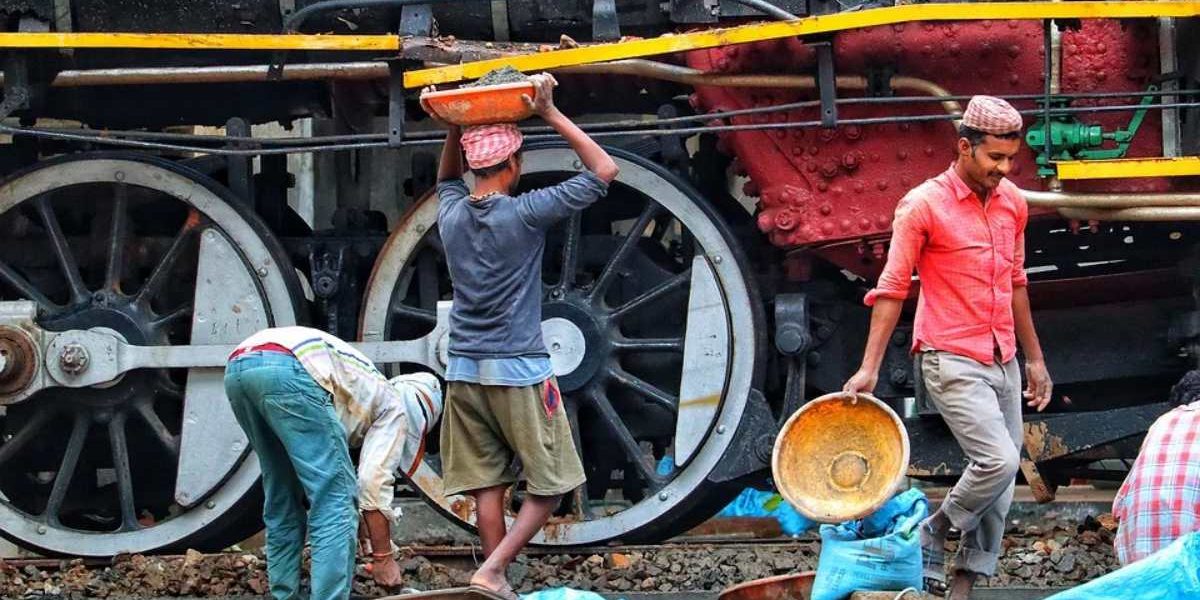 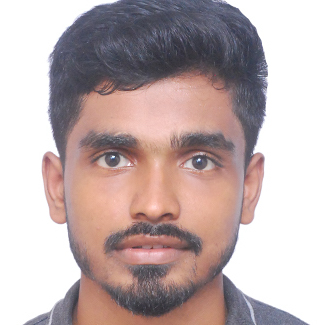 The COVID-19 pandemic and subsequent lockdowns have led to mass reverse migration of Keralites from Gulf countries. Reports show that out of the 4 million who reside in these countries, more than 1.2 million Keralites have returned to their home state as of March 2021 after losing jobs. This trend has also unexpectedly impacted the fate of migrant workers from other Indian states working in Kerala, particularly those employed in its previously burgeoning construction sector.

Kerala attracts millions of single male migrants from West Bengal, Bihar, Odisha, Uttar Pradesh and Assam, who find work as informal labourers in construction, plywood factories, plantation, fishing and hospitality sectors. One estimate by the Gulati Institute of Finance and Taxation in 2013 shows that almost 2.5 million workers migrate to Kerala from other Indian states every year. This long-distance migration is due to the shortage of labour in Kerala; most Keralites prefer to live and work in Gulf countries or other parts of India for high-income jobs. For daily wagers, however, prospects in Kerala are attractive, as they are paid between Rs 700 to Rs 1,300 per day, which is almost twice the amount paid in their home states.

The construction sector is a key employer of these informal workers and has seen a boom over the last two decades. One reason for this is the remittances sent by Keralites working outside the state being largely invested in construction activities.

“Keralites who work in the gulf like to build a single plot, bungalow type houses to replicate the big houses they see in the Gulf,” explained J. Jacob, an architect at a Kochi-based firm.

He explained that most people choose to build homes on ancestral land in their home towns or native villages as an investment for their old age. Construction and maintenance of such houses have created job opportunities across urban and rural areas for migrant workers from other Indian states who generally begin work as labourers and subsequently become masons while learning on the job. They work under local contractors or migrant-turned contractors.

Also read: Forced to Return from the Gulf, Migrants in Kerala Are Wondering What Comes Next

Given the current uncertainties around the future of the COVID-19 pandemic, inter-state migrants find themselves in limbo. This author spoke to construction workers over the phone who work in Kochi, Aluva, Ernakulam, and Perumbavoor to understand how the disruptions in the industry over the past year have impacted them.

Rohit Nayak, a 26-year-old, is a construction labourer from Ganjam district, Odisha. With five years of work experience in Kerala, he was forced to travel home after the announcement of the nationwide lockdown on March 24, 2020. He returned to Kerala six months ago after staying home for nine months. He explained how things have changed for him. The shortages of work have reduced his earnings, but he is also faced with an increased cost of living.

“Finding a room to rent was a major challenge as many landlords refused to let me stay because of the fear of infection. Others have upped the rent, taking advantage of the situation.” Workers like Nayak also have to travel a longer distance to find work, compared to the distance they had travelled earlier, which is adding to their everyday expenses.

38-year-old Sonu Kumar who is a mason from Bihar’s Kishanganj district told us that he had returned to his village for ten months, before coming back for work. “It took me that long to convince my family and overcome my own fear of the virus,” he said.

He is fluent in Malayalam and has worked in the state for nine years. Kumar struggled to find work on his return.

“The local contractor with whom I worked as a mason for the last two years had found a replacement. The few other contractors I knew also refused to give me work,” he said.

The networks Kumar had developed over the years through his skill, fluency in the local language and ability to liaise with local contractors was quickly undone. Rebuilding the network which enabled him to find work seems Sisyphean.

26-year-old Mithun Sahu, a construction worker from Ganjam district Odisha, explained how he had taken a loan from a local money lender to build a home for his family. He had received Rs. 1.2 lakh grant under the Pradhan Mantri Awas Yojana (PMAY), which is the government of Indian government’s affordable housing scheme, and borrowed the rest for this. “I thought I will repay the debt while working in Kerala,” he said.

He was forced to return to Kerala as staying at home due to lockdown exhausted his savings. “I took additional debts while staying at home which we needed to run the home. This is what forced me to return to Kerala in the middle of the pandemic,” he told us while explaining how the moneylender has been patrolling his home daily. He fears that if he does not find work soon, the moneylender will harass his family. 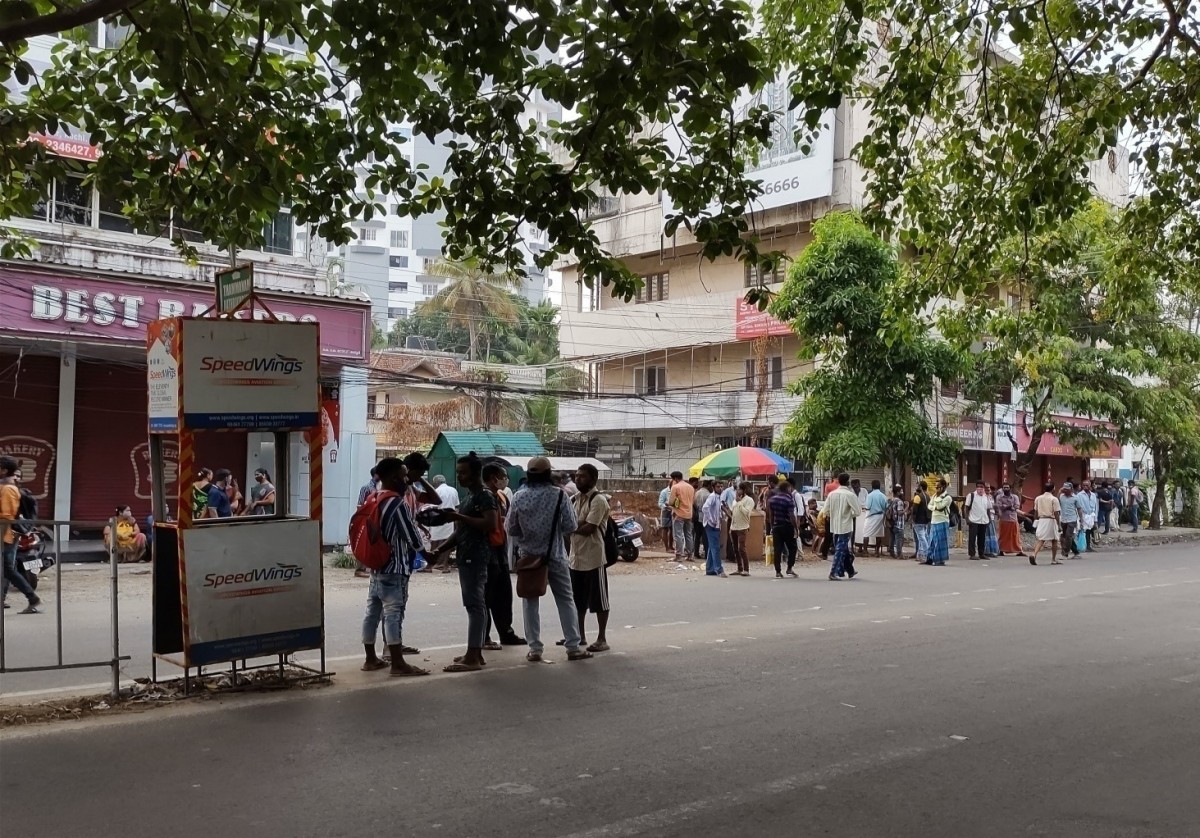 Dependence on fate and not the market

30-year-old Sheikh Alam, who hails from West Bengal’s South Dinajpur district, had gone home during the first wave of COVID-19 but returned to Kerala seven months ago because of the low wage rate in his own village.

“I don’t have land in my village, so I need to find work to survive. My family depends on the money I send home,” he explains. Alam had worked at various sites across Kerala during the last four years.

“After returning to Kerala every morning I go to the labour junction or naka in the hope of finding work. Before the pandemic, I used to work six days a week, and now getting work for even three days is becoming a big deal. Everything depends on naseeb or fate,” he said.

In the era of globalisation, the coronavirus pandemic and subsequent reverse migration of Keralites from Gulf countries have created a butterfly effect on the domestic labour market in Kerala, leading to an unprecedented crisis for domestic migrant workers in the state’s construction sector. It has hampered migratory practices of inter-state migrant workers by creating a shortage of work, disrupting their existing work networks, and drying up the remittances. In such a context, inter-state migrant workers are becoming more insecure and footloose than they were ever before.

Malay Kotal is an urban researcher working on issues of housing and migration. He is currently working as a research consultant at Indian Council for Research on International Economic Relations (ICRIER), New Delhi.