Karnataka Does U-Turn, Calls for Resumption of Interstate Trains for Migrant Workers

The Yediyurappa government had cancelled trains for migrants after a meeting with builders. 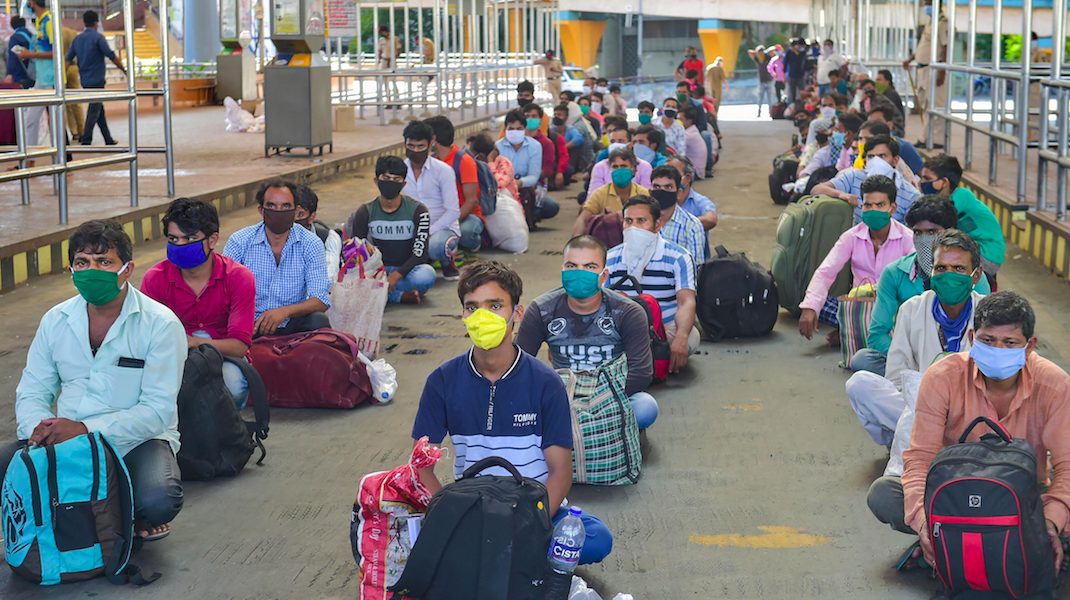 Representative image of migrants waiting to board a special train in Thane. Photo: PTI

The Wire Staff
Government
Labour
07/May/2020

New Delhi: After facing a barrage of criticism over cancellation of trains for migrants workers to go home after a meeting with builders, the Karnataka government has now done a u-turn and written to other states to restart train services.

On Tuesday, Karnataka chief minister B.S. Yediyurappa had met a number of builders and contractors, under the banner of the Confederation of Real Estate Developers Associations of India (CREDAI).

They had expressed apprehension that the large scale reverse-migration of labourers would impact construction work and further slow down resumption of economic activities after the lockdown is relaxed.

Soon after the meet, Yediyurappa announced on Wednesday that state government had decided to cancel all the special trains for taking workers back to their homes.

This led to outrage among civil society groups and the opposition, who questioned the right the of the state to stop the voluntary movement of these workers to their home states at a time of distress.

The All India Central Council of Trade Unions termed the move a violation of the fundamental right of the freedom of movement and one that promoted forced labour.

In the home states of the migrant workers, there was anger that their loved ones were being held “hostage”.

Perhaps chastened, on Thursday, according to several media reports, the state government’s principal secretary (revenue) and nodal officer for migrants, Manjunath Prasad, sent out letters to nine states to seek their consent on starting trains to transport stranded workers and other persons from May 8 to 15.

“The state government is ready to run as many trains as needed for anyone who wants to leave go. But trains can be organised only after the receiving [the] state’s consents, which is not easy to come by. There are logistics issues in these states due to return of so many migrants. We will strive to organise more trains,” Prasad was quoted as having said by The Hindu.

As per the newspaper, Karnataka’s Seva Sindhu portal had registered 2.13 lakh persons who wanted to leave the state. Out of them, only 8,000 had left on eight trains before the state government cancelled them.