Economy in For Worse Times as Workers Return From Abroad, Remittances Fall

Getting back to jobs abroad is uncertain for most workers now. This is particularly true for the Gulf region, from where over 60% of India's remittances flow in. 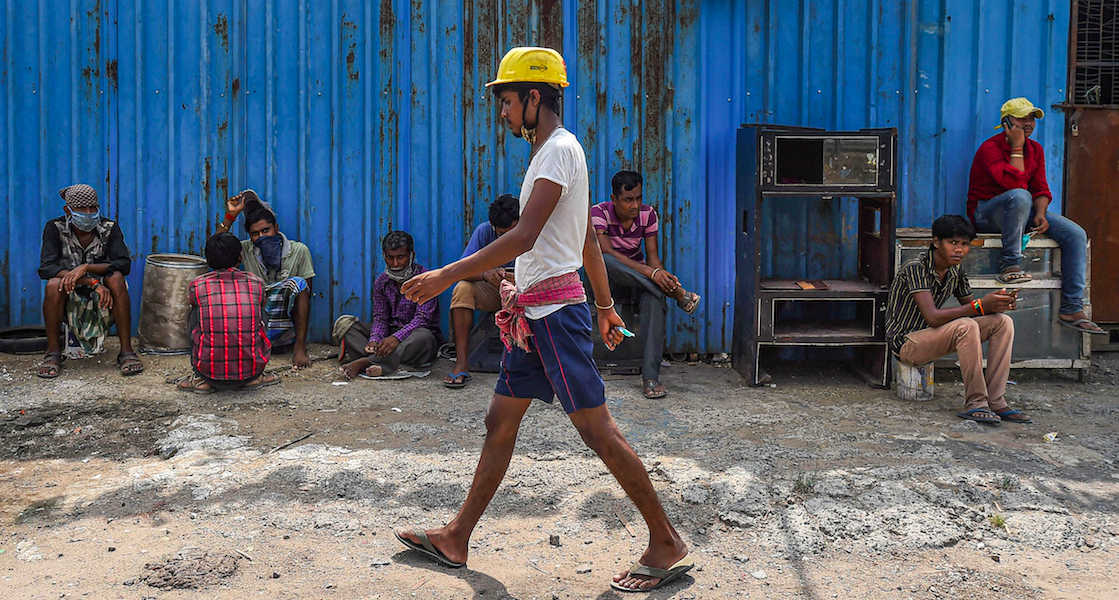 Mumbai: India posted a minor current account surplus in the fourth quarter of fiscal 2019-20, thanks to lower imports, but also aided by a perk up in remittances by Indians abroad.

Private transfer receipts, mainly representing remittances by Indians employed overseas, increased to $20.6 billion for the fourth quarter ending March 31, up by 14.8% from their level a year ago.

But in a coronavirus-stricken world, most of these workers have come back, while their jobs remain uncertain for now. This is particularly true for the Gulf region, from where more than 60% of India’s remittances flow in. The situation is similar in domestic remittances also, where money flows from urban areas to rural and helps sustain the economies there. As migrant workers head for their rural homes, there has been a sharp drop in such remittances. Oddly enough, remittances are now flowing from rural areas to urban as people at home send money to their kin at cities to sustain themselves when economic activities have come to a close.

Economists are painting a rather gloomy picture about India’s nearly $80 billion overseas remittance fortune, the world’s highest. World Bank, which tracks the number closely for all countries, in April had projected India’s remittances to fall by about 23% in the calendar year 2020 to $64 billion, from $83 billion seen in 2019 as migrant labourers flew back home on perceived safety concerns or due to job losses. UBS, in a report dated July 23, said the drop could be 25% from its fiscal 2019-20 level of $76 billion, or 2.7% of the gross domestic product (GDP), to about $55-60 billion in fiscal 2020-21.

Also read: Remittances to India Likely to Decline by 23% in 2020: World Bank

Gulf countries constitute roughly 62% of India’s remittances. The recent sharp fall in global crude oil prices will affect the Gulf Cooperation Council (GCC) growth, while the weak US economic growth would also adversely impact employment there and therefore, the remittance to India. US and Canada account for nearly 20% of remittances to India.

“According to our analysis, every 10% decrease in oil prices, reduces remittances to India by 7% in the long-run,” UBS economists Tanvee Gupta Jain and Rohit Arora wrote in their report.

The fall in remittances will hit different states differently.

“The decline in foreign remittances because of a meltdown in the global economy including the Middle East is likely to significantly impact southern states like Kerala. This could also result in lower bank deposits in such states, and that would bring down household savings,” said Soumya Kanti Ghosh, group chief economic advisor at State Bank of India.

It is not only foreign remittances that are crucial in the economic linkages. There are two aspects to remittances, one that comes from abroad, and another that flows from urban areas to rural and help shape the rural economy. The migration back to rural areas from urban has hit this to a great extent and the impact could be far-reaching.

Also read: Rethinking Migration and the Informal Indian Economy In the Time of a Pandemic

The Prime Minister Jan-Dhan Yojana (PMJDY) accounts have been the vehicle for inward remittances by migrant labourers, in the last couple of years as more formalisation of the economy has gained momentum. “However, in the current situation, with the raging pandemic, the remittances are likely to significantly decline as migrant labourers have returned back to their original destination. This is likely to be a negative impulse for the banking system in the current fiscal,” Ghosh said.

Fino Payments Bank, the key player in the urban to rural remittances business in the country, says the situation is improving, but it will take at least another three to six months for the remittances to reach its pre-COVID level.

“While rural households too are beneficiaries of international remittances, it is the urban to rural remittance that drives the rural economy. We experienced a hit of around 80% in the initial days of lockdown as migrant workers lost jobs or were without salaries. From May, remittances have shown recovery and currently, we are at 60%of the pre-COVID levels, where we facilitated around Rs 4,000-Rs 4,500 crores a month,” said Ashish Ahuja, chief operating officer of Fino.

The normalisation of remittances would largely depend on the MSME sector bouncing back and large scale infrastructure projects taking off as these two are the biggest employers of this set of population, according to Ahuja. An interesting trend seen by Fino is that some “reverse remittance happening from rural to urban locations,” said Ahuja, adding this could be a temporary phenomenon.

Intrastate remittances are meanwhile gaining ground. Migrants who went back to their home states and have commenced looking for employment in enterprises and MSMEs closer to their homes. “Some have even taken up entrepreneurship opportunity with Fino as banking points,” Ahuja said.