Despite Official Appeal, Most Migrant Workers Staying Back in Gurgaon Have Not Been Paid

A survey finds that even more than wages denied, what concerns the labourers is the silence of their employers on the prospect of future work. 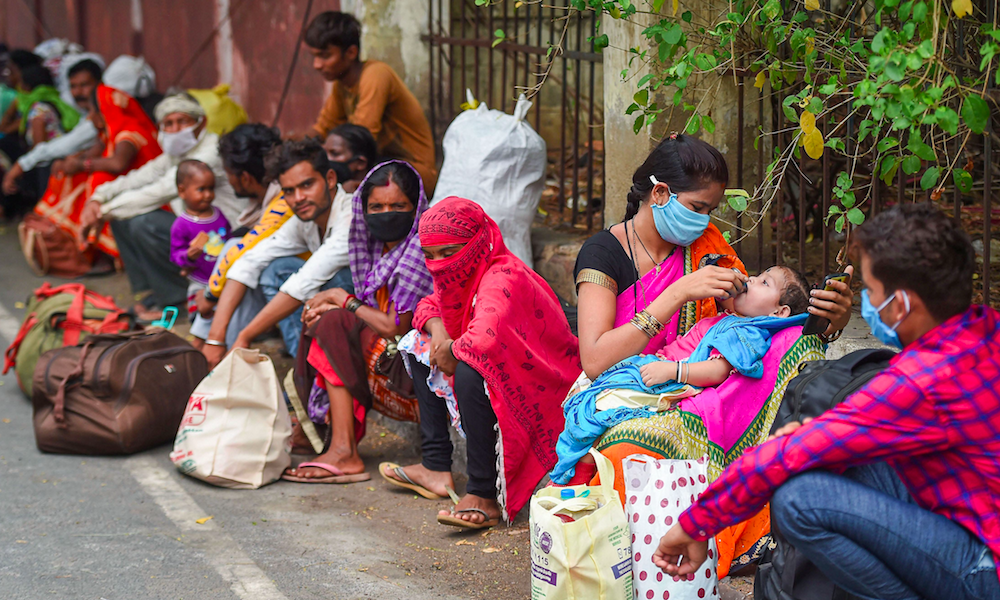 Representative image of migrants waiting to board a train. Photo: PTI

New Delhi: A rapid survey of around 100 migrant workers who have decided to stay back in Gurgaon, now called Gurugram, has revealed that many of them have not been paid their wages for April, during the nationwide lockdown.

Even more than the wages denied in spite of a government appeal, what concerns the labourers at this point is the fact that the industries or units they worked for earlier have not approached them to resume work. Amidst such uncertainty, and with labour unions also proving to be of little assistance, the decision to stay back has proven to be a costly one for them.

The survey was jointly done by the Safe In India Foundation (SII) which assists injured workers with insurance claims, healthcare and compensations, and Agrasar, an organisation that works on employability and social security of migrant labourers. It took place over a week in the middle of May.

Speaking to The Wire, Agrasar co-founder Prerit Rana said the workers were approached over phone. “The two organisations have been working with them for 10 years and have a data base that covers workers from all sectors. The interview covered workers from auto ancillary, garment and rubber units, among others,” he said.

Rana added that one of the biggest concerns among the workers was that there was no communication from their respective factories on when they could resume work. “On the other hand,” he said, “companies are also struggling to find workers.”

Explaining the reason for this “complete information asymmetry,” Rana said it was because most companies operated through a chain of contractors and sub-contractors. However, he said, it should not be difficult for the principal employers to get in direct contact with the workers since they have ample records in the form of diary entries and other compliance documents.

Rana said some companies have also started reopening operations in Gurgaon. However, migrant workers still do not have access to information on job requirements.

Wages not paid for March, April despite government appeal

The survey, that assessed the wage situation, said the condition of the migrant workers has become much worse and urgent action is required by the government to support them.

Its findings revealed that around 75% of the workers had not been paid for the month of April as the lockdown was extended. This was a “massive worsening” over March 2020, for which around 25% did not receive their full wages despite government announcements to not deduct salaries.

In view of the findings, the report said:

“It is clear that the government directive to pay full salaries was ineffective. Now that this directive is withdrawn completely, the need for government support for these migrant workers is further intensified.

This should have been anticipated better. The food and cash support for workers must be accelerated and the government schemes designed and implemented with speed and effectiveness, in partnership with on the ground CSOs.” 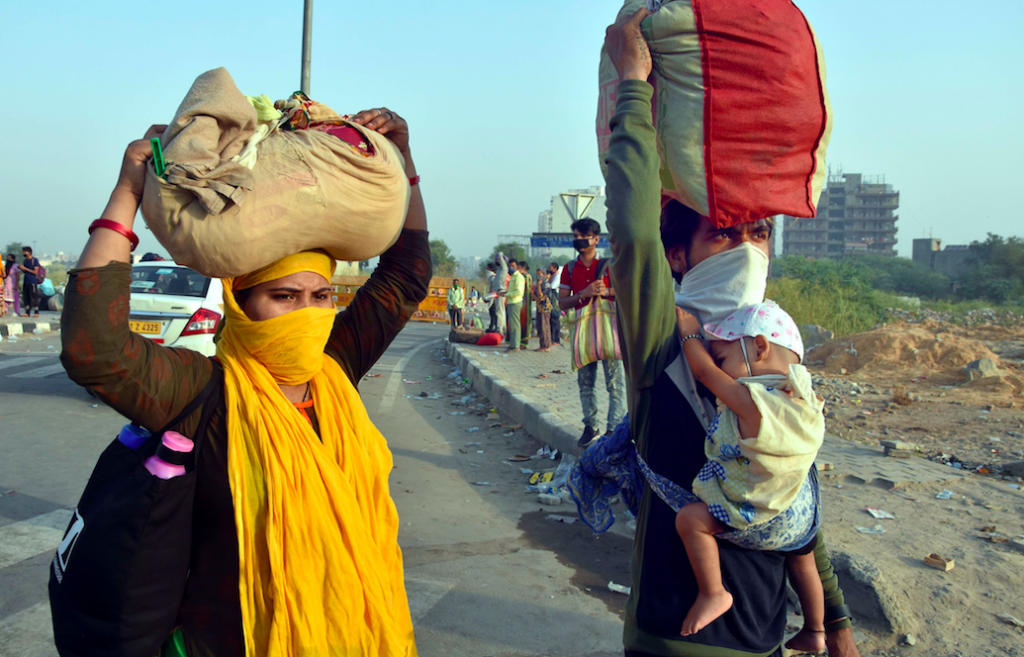 Migrants travelling from Gurgaon to reach their native place Bulandshahr being stopped at Delhi- UP border, in New Delhi, Tuesday, May 19, 2020. Photo: PTI

Workers resign themselves to non-payment of wages

The report also revealed that almost 50% of those workers had accepted the fact that their wages were not paid. One of the workers, Golu, who is employed as a driver, said, “When they did not pay the salary in March, how will they pay in April?”

“Only a minority (18%) of the workers had the hope or courage to call their employers or contractors to ask for their wages,” the study said.

Most have not left yet

The survey also revealed that 77% of the workers have remained at their pre-COVID-19 residences, near places of their pre-COVID-19 work, instead of returning to their native places. As many as 57% of them said in the survey that they have received a call from their employer or contractor regarding their jobs. Others hope to get a similar call soon.

A huge majority of 86% of these workers, who have stayed back, want to go back to the same job in the same company that they worked for after the lockdown. They probably see no alternatives in sight, said the study.

Also read: When the People Are Not ‘We the People’

Sandeep Sachdeva, co-founder of SII, said “about 70-75% of them (migrant workers) are staying back in Gurgaon hoping to get a job while the government schemes, inadequate as they are for migrants, are not reaching them well enough. Who is going to give them employment or adequate sustenance until the economy revives? And how?”

Incidentally, while 95% of the surveyed workers were not members of any union, the survey revealed that the “even the five, that are members of a union,” said they received “no help” from them. It quoted one of them, Upendra, who is a tailor by profession, as saying that he was part of a union but it had been of little assistance at this time.