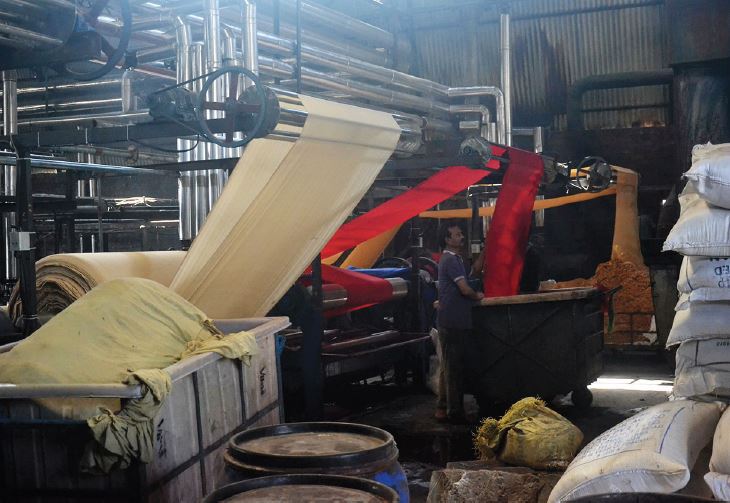 New Delhi: A study, ‘Looking Beyond Fire Extinguishers’, was recently published by Ajeevika Bureau, a non-profit organisation, on the issue of labour practices leading to fire accidents in Narole. It is a major hub for the famous textile and garment industry of Ahmedabad. The researchers found unsafe, inhumane and exploitative working conditions.

The report explores the oversimplified portrayal of industrial accidents which are quite often reported from Gujarat. In the last two years, 322 industrial accidents have occurred in Gujarat. The frequency of such accidents highlights the lack of basic worker safety and compliance with workplace safety laws i.e. the Factories Act, 1948.

Workers are aware of the involved risks to their lives but continue nonetheless, to fulfil their basic needs of food and shelter, the report found. The employers also know the consequences of their inaction. The factories were discovered to have hazardous working conditions such as exposure to dangerous substances, intense heat and dust pollution.

The labour-intensive industry does not rely on advanced technology or a highly skilled workforce but on cheap labour provided by migrant workers, the study says. The workers’ caste identities dictate their occupational roles and mobility within these units, the report notes, with SC and ST workers assigned to lower-level positions.

All factories appear to have ‘visually’ catered to the notion of ‘fire safety’ by providing fire extinguishers and fire exits. However, a closer examination reveals that the factory floors are littered with fire hazards such as live wires, fabric dust, other combustible and flammable materials along with either blocked or non-functioning fire exits. This risk is further exacerbated by workers’ lack of training and familiarity with emergency protocols, the report says. Some of them are not even equipped enough to operate a fire extinguisher. Minor calamities daily have resulted in a widely held belief among workers that “risk is omnipresent”.

The denial of safe and healthy working conditions to employees stems from the variety of factors in which employers shift responsibility for safety and health to the under-equipped contractor and, eventually, the employee. Even regular employment in these factories may not always provide a solution to the problem of safety and abusive working conditions that limit worker’s ability to raise concerns, according to the researchers.

Factories hire workers under a variety of contractual arrangements and pay them on a daily or piece-rate basis. Only 4% of the total surveyed workers employed in higher roles were on the payroll of the factories. The remaining 96% were recruited through casual contracts.

According to the report, 12-hour work shifts are the norm while 40% of the surveyed workers agreed to have worked overtime including 24 hours without any break. In the report, an operator described an accident in which he became temporarily blind as a result of his floor master’s negligence in handling bleach.  Nonetheless, he chose not to report the incident in fear of reprisals. 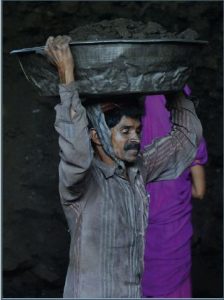 Moreover, the workers are assigned to work with hazardous substances and processes with no prior training or protective equipment. This causes injuries and fatalities but rarely leads to legal action against the factories. The practice of using subcontractors and outsourcing work allows for blame-shifting and makes it difficult to identify non-compliance on paper.

Fires are also a common occurrence in factories and some of them have resulted in worker deaths. Workers are unable to negotiate safer working conditions because of the fear of reprisal, informal employment and limited knowledge of their organisation. All of this means that the workers are trapped alone, with the burden of ensuring their own safety.

On February 8, 2020, a catastrophic fire broke out at Nandan Denim Limited’s factory, one of the largest in Narole during normal business hours. The workers were unable to escape as a ‘ladder’ allowed access to the only single exit in the building because of which even the firefighters had a difficult time putting out the flames.

To make matters worse, the factory’s packed fabricated shed structure, helping the fire to burn for 22 hours. As a result, seven workers died of burns and asphyxiation and many were severely injured. Since then, three more fire outbreaks have occurred in the recent past.

The investigation by the Forensic Science Laboratory and the Fire Department revealed serious flaws in such factories’ fire safety measures. These flaws included unsafe building design, no windows or ventilation, only one door for an entire building, obstructing exit passage, no fire alarm, insufficient fire-fighting equipment, and a lack of fireproofing. The NOC of certain factories were also expired and had not been renewed.

The enforcement machinery established under the Factories Act of 1948 aims to prevent accidents and ensure safe and healthy working conditions for workers. However, as the study reveals, it appears to have been merely reduced to a paper clause, responding only to sensational events. Such negligence by the authorities results in tragic events which are then framed as exceptional cases to be pursued.