SEWA, which she founded, is easily the most consequential model Gujarat has produced – helping to provide dignity and self-respect for lakhs of women in the state and beyond. 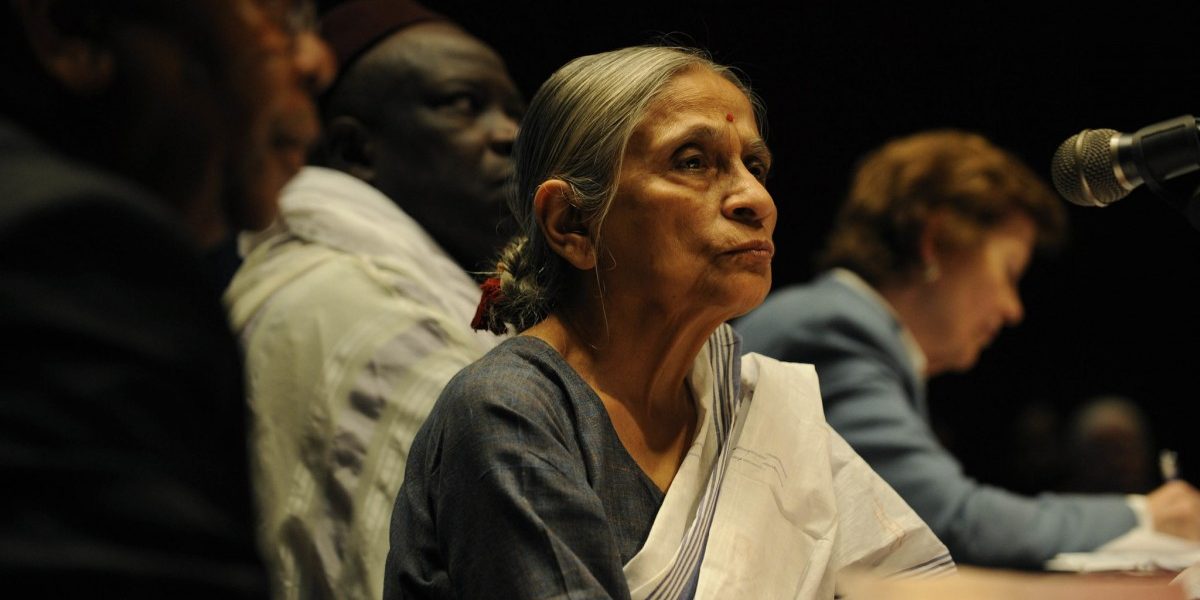 Ela Ramesh Bhatt, popularly known as Elaben, was the most authentic Gujarati the state had seen in its public life in last five decades. Though deeply rooted in the traditional status quoist social order, she came to personify  Gujarat’s finest impulses – an unwillingness to come to terms with the conformist orthodoxy of the day and an unafraid imagination to connect with global currents.

Of course, Elaben Bhatt, who died in Ahmedabad on November 2 at the age of 89, is best known as the founder of the Self-Employed Women’s Association (SEWA), a trade union that works amongst more than a million low income, self-employed working women.

SEWA today is a movement, widely recognised and respected at home and abroad. It was only natural that she should have received almost every conceivable honour, award and honorary degrees, including from Harvard and Yale.

But 50 years ago, when Elaben began talking of gender justice, women’s empowerment, self-help, unionisation of poor and marginal and unrecognised women and the power of collective bargaining, she was swimming against the current. She headed the women’s wing of Majoor Mahajan Sangh – the Textile Labour Association founded by Anasuya Sarabhai and Mahatma Gandhi – but could not make the old and compromised men who bossed over the TLA understand and recognise the contribution women made to the household and to the society and its economy. She had the courage of conviction to walk out of the TLA and set up a separate women’s union, separate co-operatives and an unheard of women’s bank.  And, the rest is history.

Elaben was an unflamboyant feminist. Under her  gentle guidance, SEWA tried to emulate Gandhi’s Ashram code of simple living, khadi, morning prayers, communal harmony – in addition to the ethos and etiquettes of sisterhood. Elaben herself was at her most relaxed and joyful self when she was in the company of ordinary SEWA members. Under her moral leadership, SEWA became a model for women’s empowerment.

Elaben ensured the women organisers and activists of SEWA got trained in the art of collective bargaining, the agency of self-help and understood the utility of national and global networking. The gains secured for women were no doubt modest and incremental but made a very consequential difference to the poor women’s lives, dignity and self-respect.

Her modest home in Panchsheel Society in Ahmedabad became the pilgrimage centre for activists, unionists and organisers at home and abroad. Over modest meals, serious and sober discussions got held about what policies, laws and practices needed to be tweaked to make women’s lives a fairer proposition. The SEWA experiment became a template for policy-makers all over the world.

Elaben Bhatt could become the catalyst for a hugely impressive transformation in the way women are perceived and treated by policy-makers and administrators because she steadfastly refused to be sucked into the partisan quarrels of politicians. In these increasingly bitter times, this refusal was often misunderstood as timidity, even a moral failing. But she remained convinced that if the “sisterhood” of poor women could be firewalled against the communal virus, then there would be hope for sanity and harmony.

In fact, if Elaben could imagine a movement like SEWA  it was because the 1970s and 1980s were the times when civil society was the prime site of social and intellectual vibrancy. Ahmedabad was dotted with  islands of excellence and innovation and entrepreneurship – the Indian Institute of Management and National Institute of Design, the National Physical Laboratory and ISRO, and of course the Sabarmati Ashram, Gujarat Vidyapeeth and TLA. SEWA fitted naturally in this ambience of non-dependence on the Gandhinagar babus. The Ahmedabad model got replicated in many parts of the country, turning Elaben into an iconic figure for thousands and thousands of ordinary women across India.

Today, of course, Gujarat stands transformed as civil society has been marginalised into near non-existence by the maximalist politicians who seek to control and calibrate every aspect of the state’s collective life. That SEWA continues to thrive is a tribute to the  soundness of Elaben’s inspired understanding of the role of women in the Indian household and economy.

Till her last weeks, Elaben, frail and feeble, remained concerned about the future of Gandhian values and institutions. Her departure leaves Gujarat a much poorer place.