The lack of development and job creation at GIFT, critics say, reflects one of Modi’s challenges as he begins a second term in office. 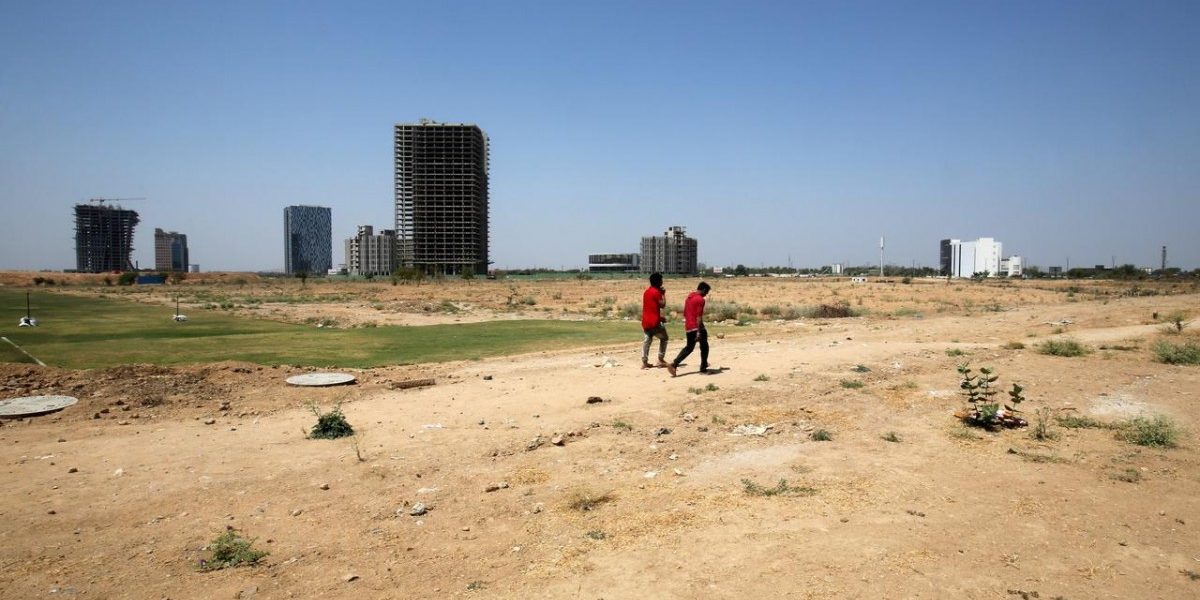 Gandhinagar: When he was chief minister of Gujarat in 2011, Prime Minister Narendra Modi kicked off an ambitious project to develop a financial hub in the style of Singapore or Dubai.

The developers were tasked with transforming an expanse larger than New York’s Central Park into a city with more than 100 skyscrapers supporting more than 1 million jobs – all within a decade.

Nearly eight years later, Gujarat International Finance Tec-City, or GIFT City, supports only 9,000 jobs and only about 3 million of its 62 million square feet of planned development has been built, according to documents from the company’s current presentations to investors reviewed by Reuters, and interviews with GIFT officials. Three million square feet are under construction.

Despite efforts by the Modi government over the past five years to offer tax and regulatory concessions, and a big push to get banks and brokerages into GIFT, the project remains far short of expectations. GIFT’s future is uncertain, with its main partner in financial trouble over soured bets in other projects.

The lack of development and job creation at GIFT, critics say, reflects one of Modi’s challenges as a whole as he begins a second term in office.

Critics contend GIFT is a high-profile example of some of Modi’s ill-conceived and over-ambitious initiatives. They note demonetisation – Modi’s move in 2016 to ban all high-value currency notes then circulating – is another big example of overstretching, as was his government’s hurried and botched rollout of a nationwide goods and services tax. Those moves stung small businesses and dented India’s economy. A billboard stands in front of the buildings under construction at the Gujarat International Finance Tec-City (GIFT) at Gandhinagar, Gujarat on March 20. Credit: Reuters/Amit Dave

“The real issue is Mr. Modi’s quixotic approach to macro-economic management,” said Sebastian Morris, a senior faculty member of the Indian Institute of Management, Ahmedabad, one of the country’s top business schools.

He said GIFT was impracticable, ignoring issues such as location and skills availability. Some bankers also complained that the Gujarat state’s decades-long alcohol prohibition policy hasn’t helped either.

Modi’s office and the Gujarat chief minister’s office did not respond to requests for comment.

A spokesman for GIFT said that the project’s timeline had been roiled by subdued demand after the global financial crisis and the lack of a clear regulatory framework until 2014, when Modi took power.

GIFT is now at an “inflection point,” as the Modi government only set up a favourable tax regime in 2016, the spokesman said, adding that dozens of finance and technology firms, including Tata Consultancy Services and Axis Bank, have now set up shop in GIFT.

He said two foreign banks, which he declined to name, are expected to begin operating there.

India’s two top bourses have begun international operations in GIFT and trading volumes have grown, but are still a fraction of that at India’s main exchanges, making firms tentative about trading via GIFT.

“Location has been a huge problem,” said a retired state-government bureaucrat involved in the project for four years, who asked not to be named as he is not authorized to speak to the media. “Most companies are willing to pay higher rents and operate out of Mumbai because the talent pool exists.”

GIFT was conceptualised in 2007, soon after Modi returned from a trip to Singapore. He was eager to be seen as a business-friendly leader and re-brand himself in the wake of the 2002 Hindu-Muslim riots in Gujarat that tainted his image, four people who closely worked with Modi since 2003 told Reuters.

GIFT was set up as a joint venture between the government of Gujarat and Infrastructure Leasing and Financial Services Ltd (IL&FS), which provides construction services and financing for infrastructure.

Lease terms required that Gujarat get 50% of the profit from the sale of development rights in the first phase, and 80% thereafter. Reuters could not determine how much has been spent on development so far.

To add to GIFT’s troubles, IL&FS, which is laden with 910 billion rupees ($12.95 billion) of debt, largely tied to road and other infrastructure projects unrelated to GIFT, defaulted on several debt obligations late in 2018.

One source involved in the project said IL&FS’s woes had little to with GIFT, and he estimates that less than 0.5% of IL&FS’s outstanding debt is tied to GIFT projects.

The defaults by IL&FS and its group entities relate to loans and bonds financing other infrastructure projects as well as unsecured lending to non-creditworthy entities, according to an interim report from audit firm Grant Thornton, which IL&FS’s new board hired to dig into the books.

India’s government took over the company in October, in a rare move that it said was needed to protect the country’s financial system and markets from potential collapse.

Law enforcement officials are also investigating IL&FS over potential fraud. Last month, India’s Serious Fraud Investigation Office (SFIO) arrested the former chairman of IL&FS and accused him of abusing his powers and granting loans to entities that were not creditworthy.

IL&FS has not publicly responded to the allegations and did not respond to multiple requests from Reuters for comment. The former chairman and his lawyer were also not immediately reachable for comment.

GIFT’s chief executive, Ajay Pandey, quit last month without citing any reasons. He did not respond to calls and messages seeking comment on his departure.

The GIFT spokesman said that Pandey stepped down as part of a larger exodus of top IL&FS officials, and that IL&FS’s troubles would not stall the project.

IL&FS did not respond to multiple requests for comment about its financial health, the ongoing fraud investigation and its current role in the project.

“Mr. Modi sold GIFT as the flagship programme of Gujarat 12 years ago,” opposition Congress party spokesman Sam Pitroda told media this month. “Today…no one talks about it. There are failures after failures.”

The GIFT spokesman said that the project was in good financial health and that 11,000 people would be working there in the next year.

Although there are signs for a hospital, a mall and some residential projects at GIFT, much of the land is vacant. A sprawling clubhouse sits largely deserted and only one shop in the city’s market is open.

The GIFT spokesman said the club has hundreds of members, and the city boasts a cost-effective central cooling system and an underground automated waste disposal system, among other amenities.

Despite that infrastructure, at least one critic is convinced GIFT should have jettisoned IL&FS long ago.

D.C. Anjaria, who brought the idea of GIFT to Modi and was an independent director on the board, has since filed a public-interest lawsuit against GIFT, its board and IL&FS alleging lack of corporate governance and other misdeeds.

His lawsuit alleges that IL&FS was made a partner in GIFT without a fair tendering process and that IL&FS gave contracts to entities despite conflicts of interest.

Reuters was unable to verify these allegations or ascertain whether they had any effect on the project’s development. The case is being heard in the Gujarat High Court and it next comes up for hearing in June. 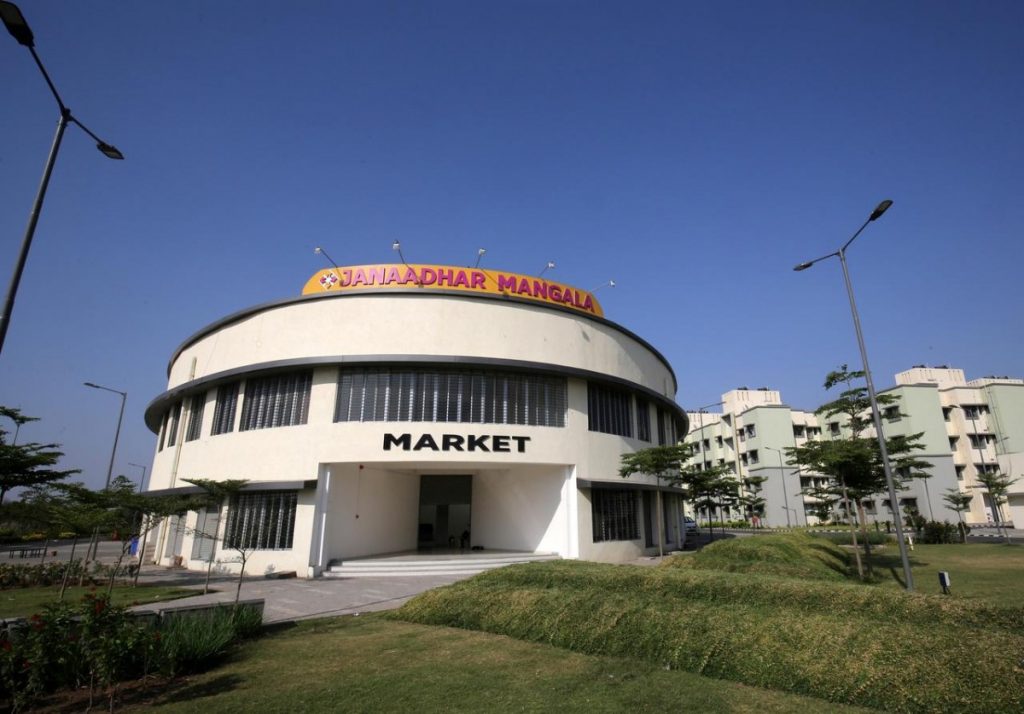 IL&FS did not respond to requests for comment on the lawsuit and the GIFT spokesman declined to comment. IL&FS has not publicly commented on the suit, and Reuters was unable to view court filings on the matter.

“It was a wrong partner,” said Anjaria, who no longer has any ties to GIFT. “They should have gotten rid of IL&FS long ago.”

Since his concept was pitched 12 years ago, Anjaria said, the world has changed significantly.

“Today you are at a time when London, the biggest financial centre, is struggling to keep its status. So where is this poor GIFT going to be?” he said. “It’s only surviving because of the political support of Modi.”

Despite the delays and difficulties, some still hope GIFT will one day flourish, especially with Modi’s return to power.

Although he often waits 40 minutes for a taxi, Dinesh Joshi, a 28-year-old restaurant manager in GIFT, hopes to buy an apartment there, certain that development will take place.

“We keep busy with video games,” said Joshi. “Thankfully we have streetlights. So we play cricket on the road at night after work. That is our mode of entertainment – and we have Netflix.”