Following a protest march by workers and activists to the office of the Delhi Labour Commissioner on Tuesday morning, 11 trade unions organised another demonstration on Wednesday.

New Delhi: Ever since a massive factory fire in the Anaj Mandi area of North Delhi claimed at least 43 lives and injured over 20 workers, trade union activists and factory workers have been trying to draw attention towards dangerous working conditions and the lack of implementation of safety regulations that often lead to such fatal accidents.

Following a protest march by workers and activists under the banner of the Mazdoor Adhikar Sangharsh Abhiyan to the office of the Delhi Labour Commissioner on Tuesday morning, eleven trade unions organised another demonstration on Wednesday.

While the All India Central Council of Trade Unions (AICCTU) marched to the Delhi chief minister’s residence in the morning and submitted a memorandum with a list of ten demands, eleven unions including the AICCTU came together at the site of the factory for a condolence meeting. 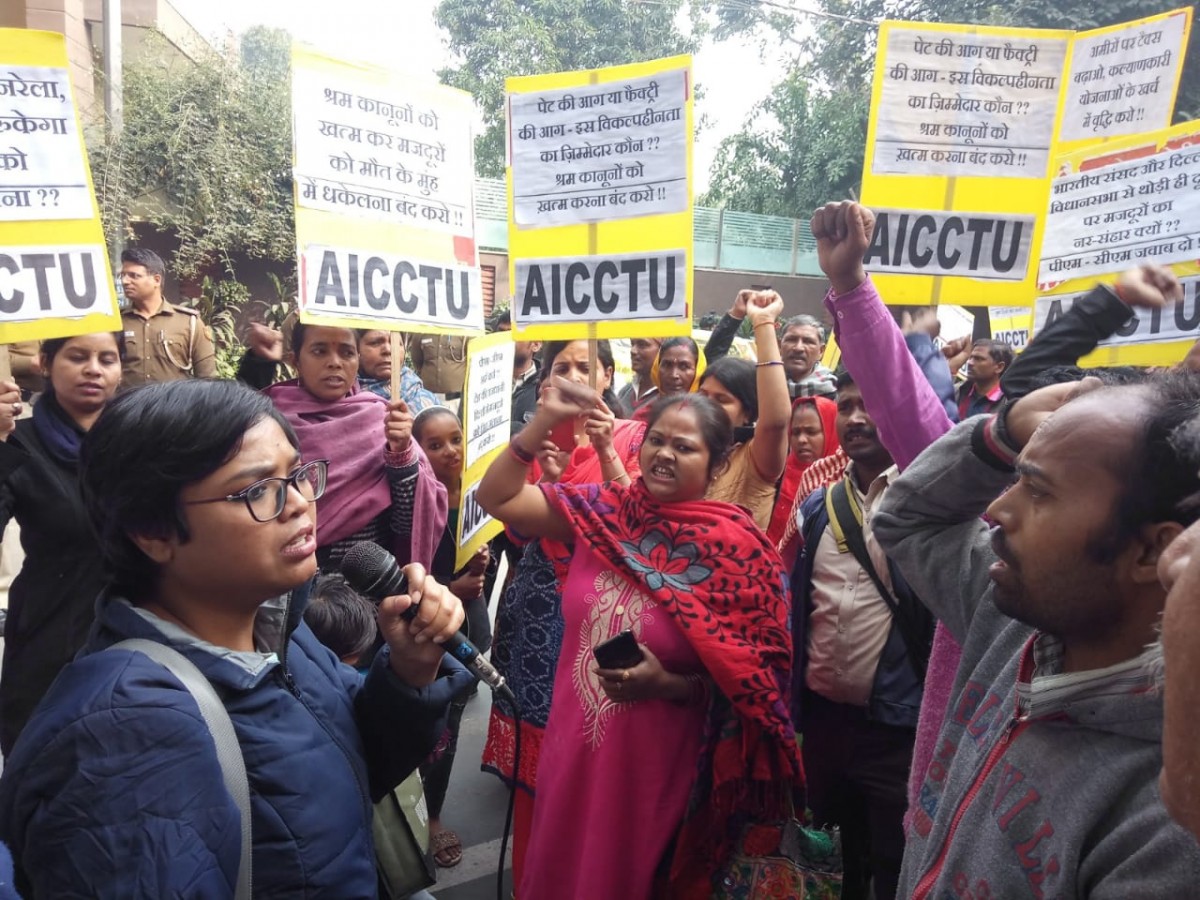 Criticising the government for what it calls “anti-labour” policies, the AICCTU claimed decisions like the one announced by Union minister Prakash Javadekar, where industries won’t need no-objection certificates from departments of pollution, labour and industry in the national capital, show that the government favours businesses over the interests and welfare of workers. They linked the recent deaths to the overall precarity prevalent in the informal workforce and demanded closer scrutiny of labour and industrial relations.

Highlighting the broader issue of unsafe workplaces and gaps in the implementation of safety regulations, the AICCTU also recounted other incidents of deaths due to fires at workplaces like in Bawana earlier this year and deaths in sewers. The union also claimed that those who haven’t met such a fate aren’t doing much better and that most workers are paid starvation wages.

A statement from the AICCTU also criticised the government for its poor implementation of labour laws (however insufficient they might have been) and expressed concern over the proposed revision of 44 central labour laws into four codes, which they claim further dilutes protections for workers. 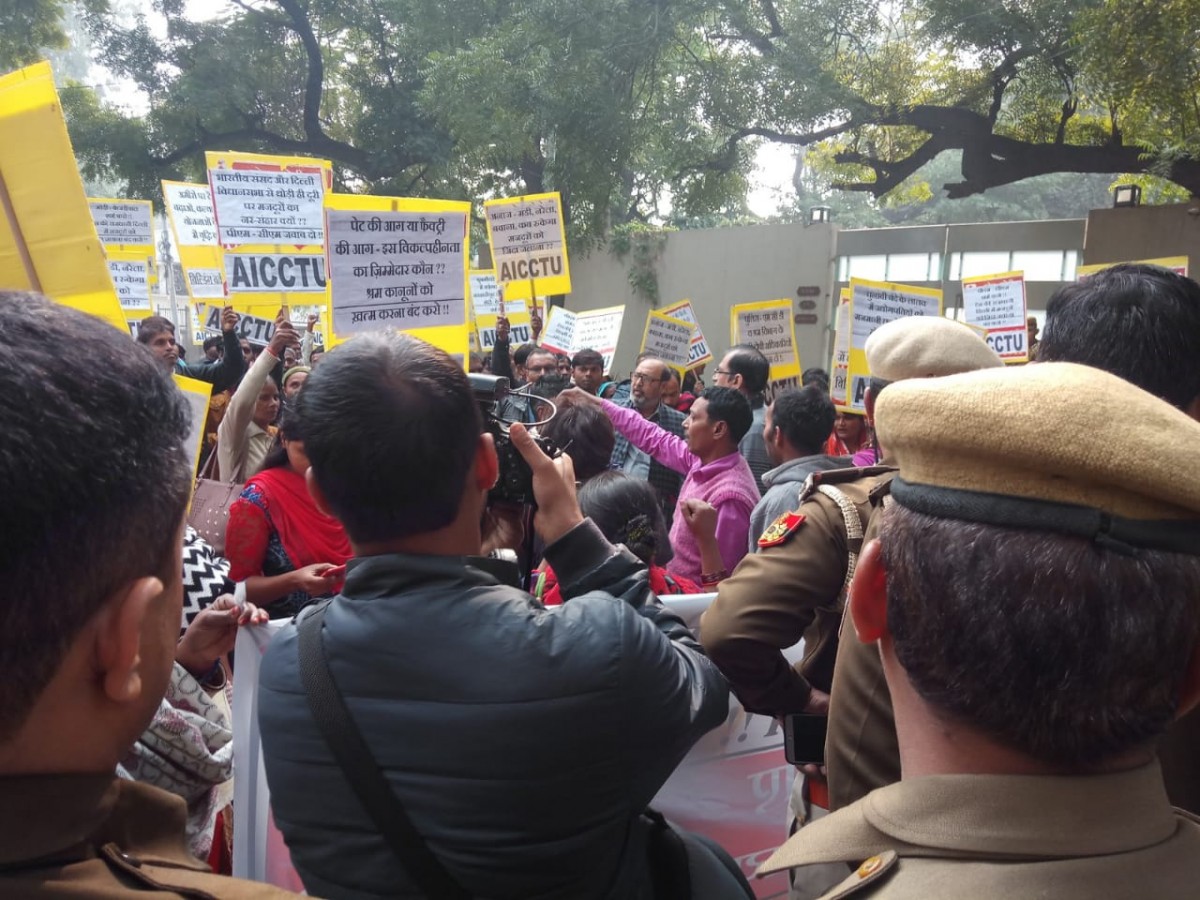 “If hundreds can die within such a short distance of the parliament, when the labour laws (however insufficient they might have been) still exist; what would happen when all of these laws are done away with? What would happen after 44 important labour laws are replaced by 4 pro-capital labour codes?” it said.

Drawing similarities between the accidents in Bawana, Narela, Jhilmil, Mayapuri and Nangloi industrial areas of Delhi, the statement said no corrective measures were taken despite the presence of several red flags. A fact-finding team from AICCTU, that visited the accident site, pointed out similarities such as the lack of adequate exits in the factories, faulty design and storage arrangements leading to a blockage of available exits, functioning of unregistered/illegal units and oversight by labour department officials in strict implementation of existing labour laws and regulations. The team also listed 18 such incidents in the national capital in the past two years. 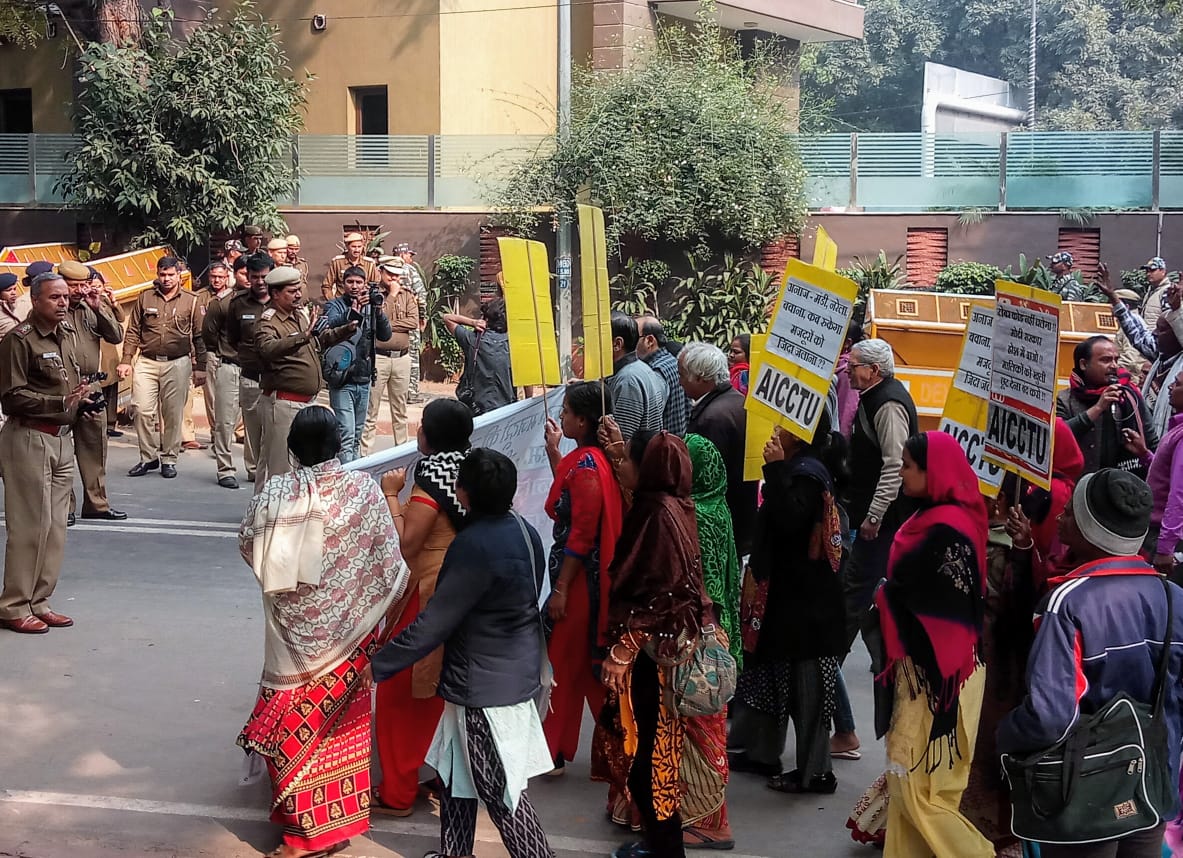 In its list of ten demands, AICCTU has asked for the resignation of Delhi’s labour minister Gopal Rai. The demands are similar to those of the Mazdoor Adhikar Sangharsh Abhiyan. Adding to them, they have demanded greater accountability from the government, stricter implementation and punishments for those responsible. They have also asked for action on the issues flagged in CAG reports and the setting up of an expert committee.

“As an immediate measure, team consisting of labour law experts, academicians, concerned government officials and Trade Unions must be formed to survey the factories/ industrial areas and point out the deficiencies/lapses in factories and other establishments,” it concludes.