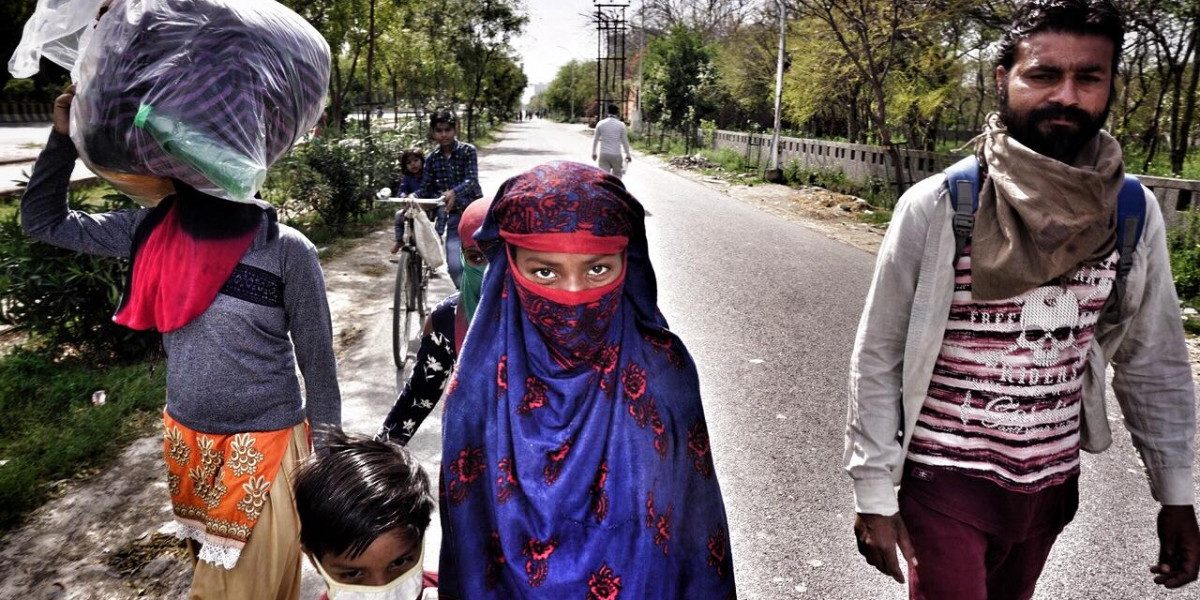 Representative image. A family of labourers, out of money, is walking to its village in Bulandshahr. Photo: Shome Basu/The Wire

Bijapur: A 12-year-old girl died while making a 150-kilometre trip on foot from a village in Telangana to her native Bijapur district in Chhattisgarh, officials here said on Monday.

Jamlo Makdam and a group of people, who work in the chilli fields in Kannaiguda village in Telangana, started walking on April 15 and she died near Bhandarpal village in Bijapur on the morning of April 18, an official said.

Her samples have tested negative for coronavirus and she may have died due to electrolyte imbalance, a health official informed.

“The distance between the place in Telangana where she worked and Bijapur is 150 kilometres and she died some 50 kilometres away from her native village here. She had a meal on Saturday morning but then complained of stomach ache and uneasiness and died around 10am,” said Bijapur Chief Medical and Health Officer BR Pujari.

“Her samples were sent for coronavirus testing on Saturday and the report returned negative on Sunday evening.

Prima facie, it seems she died of electrolyte imbalance,” he added.

He said those who were walking along have informed that the girl did not eat well which may have caused muscle fatigue, adding that the viscera had been preserved for further medical investigation.

The state government later in the evening announced a compensation of Rs 1 lakh for the kin of the girl.