The inadequate increase in wages under MGNREGA, coupled with a paltry budgetary allocation and consistently delayed payments, risk dismantling the scheme which was touted as a 'lifeline' when the nationwide lockdown was imposed. 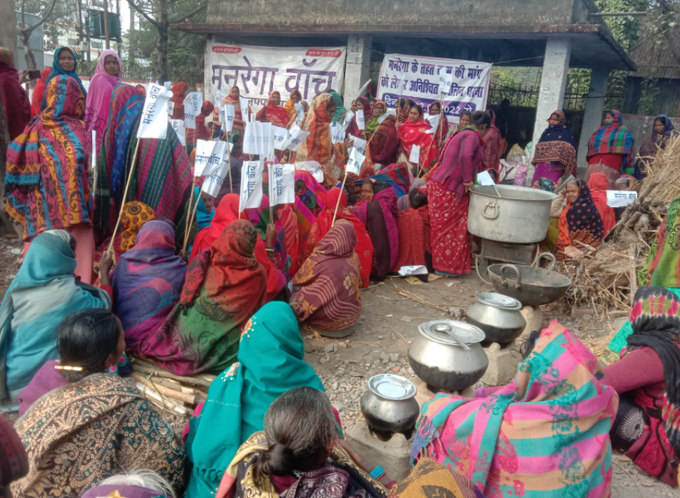 MGNREGA workers in Bihar sitting on dharna against the non-payment of wages, lack of available work, and other such issues. Photo: Twitter/ NREGA_Sangharsh. 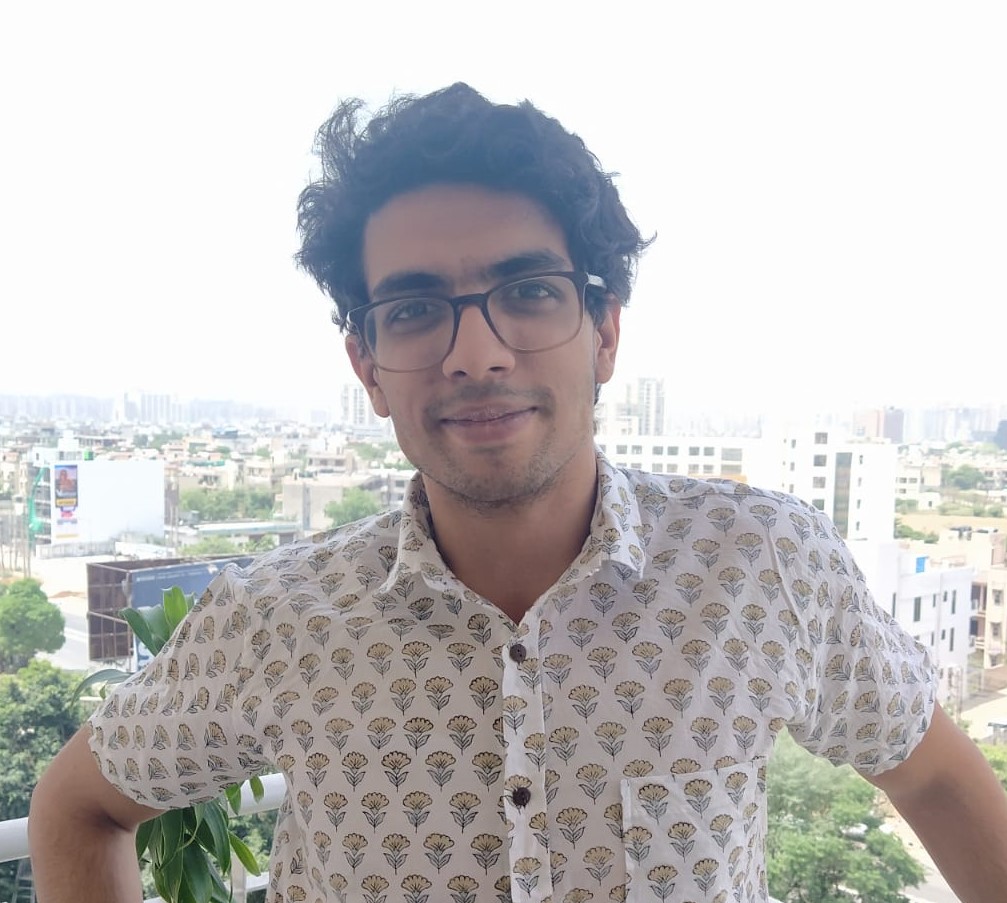 The MGNREGA wage rates for FY 2022, released by the Union government on March 28, have registered only meagre increases in wages and, barring two states, have remained below the respective agricultural minimum wages.

The first point that the statement pulls up the Union government on is the fact that the wage rates were notified only three days before the start of the new fiscal year, leaving no time for debate and discussion from stakeholders.

Calling the move a “continuation of the government’s assault on MGREGA”, the statement says that the delay in notifying the wage rates shows the government’s “lack of commitment” to workers’ rights.

The statement then goes on to discuss the inadequate increases in wage rates across states and Union Territories (UT). The wage rate increase ranges from Rs 4 – Rs 21, with states such as Manipur, Mizoram and Tripura seeing no increase whatsoever.

Moreover, the average increase in wage rates across the country is only 4.25%, which falls short of even the Reserve Bank of India’s (RBI) forecast for inflation in FY 2022, expected to have reached 5.7% by March. This, for wage rates under MGNREGA which were already grossly inadequate.

NSM & PAEG released a Joint Press Note on the NREGA wage rates for FY 2022-23. The notification of has been extremely late, with only 3 days remaining for the beginning of the next FY. Such a delay prevents any discussion regarding the wage rates or their adequacy. pic.twitter.com/7XOZjgGi4X

Here, the statement compares the revision of MGNREGA wage rates to the biannual revision of the Dearness Allowance (DA) given to pensioners and Union government employees which, according to the statement, cost the exchequer Rs 9,544.50 crore last year.

Similarly, in Karnataka, which saw the highest increase as per the notification, the MGNREGA wage rate is only 70.07% of the agricultural minimum wage, with the same figure hovering around 70% for Odisha and Himachal Pradesh as well.

The two exceptions are Jammu and Kashmir, where the two wage rates are roughly equivalent, and Uttar Pradesh, where the MGNREGA wage rate is 105.97% of the agricultural minimum wage.

On average, the MGNREGA wage is 80% of the agricultural minimum wage in states.

In the statement, the two workers’ rights organisations also take exception to the lack of transparency on the part of the Union government in how the wage rates are calculated.

“The government does not put in public domain the methodology it uses to calculate the NREGA wage rate every year,” the statement reads. “This not only curbs discussion on the wage rates, but is also against the transparent and accountable spirit of the Act.

It goes on to note that while some state governments, such as that of Jharkhand, add to MGNREGA allocations from their own budgets, others choose to focus on populist welfare schemes and handouts rather than increase wage rates for gainful employment.

The statement goes on to detail the recommendations made by various committees for how MGNREGA wage rates should be calculated and the Union government’s failure to heed any of these recommendations.

Moreover, the Supreme Court has, on more than one occasion, held that minimum wages are fundamental rights and paying anything less to a worker amounts to forced labour.

“Despite these recommendations, the meagre increase in NREGA wage rates has not been proportional to the increase in inflation and the cost of living in the past few years,” the statement reads.

The need for MGNREGA

As the statement notes, over the past few years, India has faced a situation of slowing economic growth, shrinking demand and increasingly widespread unemployment; all of which were made worse by the onset of the coronavirus pandemic.

As migrant workers were stranded after the onset of the pandemic and the ensuing nationwide lockdown, forced to return to their hometowns, MGNREGA was touted as a ‘lifeline’ which provided them with work and money.

Also read: MGNREGA Was a ‘Lifesaver’ for Labourers During Lockdown: Gujarat Government

What’s more, MGNREGA puts money in the hands of India’s rural population who spend a greater proportion of their income, thereby creating demand and stimulating the economy, which economists agree is imperative if the country is to make the much-talked-about ‘V-shaped recovery’.

Yet, the Union government continues to sideline the scheme; first, with a paltry allocation in the Union Budget 2022; now, with unjustifiably low wage rate revisions; and consistently through delayed payments and, in some cases, no payments at all.

“The programme must run as the demand-driven programme it was envisaged to be, with the true spirit of employment guarantee to rural citizens,” the statement reads.

By way of the conclusion, the workers’ rights organisations demand the timely payment of wages to MGNREGA workers along with an increase of the wage rate to Rs 600 per day, which would be in line with the minimum monthly salary recommendations of the Seventh Pay Commission in 2016 of Rs 18,000 per month.