Centre Said It Was Bringing Jobs to J&K. Instead, It Has Brought More Unemployment

AEGIS, a multinational company that deals with customer care services, has closed its Srinagar branch, which employed 70 people. 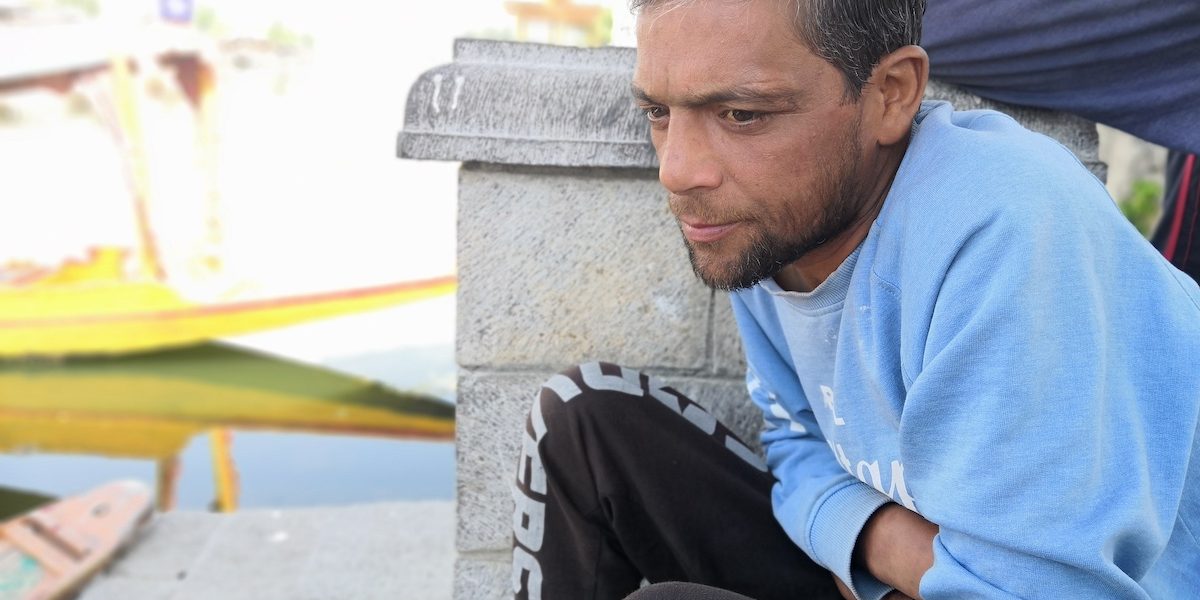 Srinagar: The Modi government’s decision to scrap Article 370 of the constitution – which it claimed would bring new professional opportunities and peace to the Kashmir Valley – has left scores of people without the jobs they already had.

The continuing clampdown on movement and communication has forced companies to wind up their units. Many have cut as much as 50% of their staff strength, because they have had no business since August 5.

Among them is AEGIS, a multinational company that deals with customer care services. In 2006, it had opened an office in Rangreth, Srinagar. Now, the company has decided to close this branch, which employed close to 70 people.

On August 12, employees at AEGIS’s Srinagar branch were given two days off for Eid. On August 16, when they arrived at the office, the company has stopped its operations.

“From morning to afternoon, we were waiting for calls to come. We thought there might be a technical issue. Later, we were called by the head of the unit (Suhail Nissar) to his office. He informed us that the company has stopped its business,” said 26-year-old Younis Tariq, a customer care executive at the firm.

He further told The Wire, “We were shocked by the announcement. The CEO of the company was on video call and he announced this decision. He told us that the company will pay us 1.5 months salary, which they later extended to three months. They said this branch was not bringing them any revenue.” Standing in the office courtyard, he said the two-day off for Eid had made staff members suspicious. “We were never given two days off since we started working with this company. This was a sudden decision, and we were not given any information about it.”

According to the staff members, the company has decided to shift its Srinagar operations to branches in Lucknow and Bhopal.

“They transferred the Srinagar centre’s work to Bhopal. They gave us two options – either choose a transfer, or file a proper resignation and take three months’ salary. But a transfer would have been difficult, because they were not raising our salaries and on this salary, it would have been hard for us to manage there,” said Tariq, with a sense of helplessness.

He explained why leaving the Valley for a job was not an option for him. “My current salary was Rs 13,000 and if I shift to any other state, my moving expenditure would be around Rs 10,000.”

The employees approached the government with their predicament. Deputy commissioner of Srinagar Shahid Iqbal Choudhary reportedly assured them that he would take care of their grievances.

“He said, ‘We have many projects in the government sector and I will surely try to provide business to the organisation so that you won’t lose your jobs’. But it has been almost one month since he made his promise, and we are not seeing any changes from their side,” Tariq told The Wire.

According to him, Choudhary has also told them that if AEGIS will not provide give them salaries, he would make other arrangements.

“We are coming each day to the office as per our schedule. However, the company is not taking our attendance into consideration. We are coming regularly with the hope that things might go back to normal,” he said. “We did not agree to their offer. We want a job, not just three-months salary.”

Aamir Shafi Sheikh, who works for Shara Info as a software developer, said that the company has cut 50% of employees’ salaries because they cannot operate without the internet in Kashmir. They have been told that if the situation does not improve, the company will close.

“We are coming to office every day, but can’t do any work because there’s no internet. The company may follow AEGIS’s decision. If they do this, we will just have to sit at home,” he said.

Choudhary, the bureaucrat who has assumed the role of the government’s crisis manager, told The Wire that official plans have been drawn up based on proposals submitted by AEGIS BPO on September 14, 2019, after preliminary discussions between the management and the government.

He further said that companies have to arrange business both from the government and private sector. “On our side, a meeting under the chairmanship of the chief secretary was convened. The district administration on September 23, 2019 has approved the proposal for a Grievance Redressal Cell, with a budget of Rs 60 lakh. Three other proposals are in the pipeline,” he said.

Choudhary also stated that the government has already come up with a policy to aid the establishment of new BPOs and sustain existing ones. The private sector too has to come in, he said. “The government is doing whatever possible. I am sure once these things are incorporated in an annual plan, which is under formulation, things will be better. We are exploring more services which could be outsourced by the government sector,” he said.

The head of AEGIS Srinagar, Suhail Nissar, told The Wire that clients associated with the company did not want to continue their business, and this has affected their work. He added that being a multi-national company and keeping the situation in mind, they have offered two options to their employees. “[We] offered that they either go for transfers or take three months’ salary. But the demand from employees was that they want a job. Later, they approached the media and DC Srinagar about this issue,” said Nissar.

He added that after assurances from the DC Srinagar, they have submitted proposals to him for helping the company get new clients. “We are very hopeful that we will get business for the company. I am personally working with Shahid Iqbal Choudhary and we are discussing how to solve this issue. So far we have conducted several meetings with him in the presence of other officials. We are hopeful that we will get more business, so that no one will lose their jobs.” According to Nissar, when they started this unit, the site’s infrastructure and setup was poor. They have changed that over the years and now business was doing well. “This office is like my child. I have a very personal attachment to it and in all these years, we all have worked so hard that I cannot see it in this phase.”

However, employees working with the company are not seeing anything happen. “We have been waiting for weeks. Like many promises from the government, we don’t think this will come true for us,” said an employee who was standing at the AEGIS gate to meet his colleague.

The ongoing clampdown has hit businesses across sectors. Tourism, which is considered to be the backbone of Jammu and Kashmir’s economy, is going through its one of its worst phases yet.

Finding no income in the last 64 days, hotel and houseboat owners have laid off their staffers. There are more than 1,200 houseboats registered in Srinagar, and each houseboat had two helpers. Now, 90% of the workers on these houseboats have lost their jobs.

“I used to work on the HB Fairy houseboat. With no work left there, my employer told me to go home. I have small children back at home and it is becoming difficult for me to feed them. Yanhan gunda gardi chalti hai, jo mann main aata hai, karte hain. Bhugta kaun hai, hum jaise gareeb (There is authoritarianism here. Whatever they want for themselves, they do that. It is the poor people like me who become victims of such decisions),” said 33-year-old Aijaz Ahmad Bhat from Srinagar’s Buchwara, on the Dal Lake.

The most common worry is how to manage daily expenses. A  worker standing next to Bhat said, “Do they have any idea of the problems facing a common man here? No. If that would have been the case, they would not have chosen this. We have families, small children. I don’t have money even to buy diapers for my son.”

People like Bhat and Tariq know that their jobs are gone, and have very little hope of getting them back. But others, who work for private firms, are still unsure of what the future holds for them. Employees of one of the most renowned private automobile outlets, Jamkash Vehicles which deals in Maruti cars, are now feeling the heat. The dealership has 1,400 employees in six different outlets across the Valley.

Employees’ attendance has not been maintained for the last month in Jamkash Vehicles’ main branch in Hyderpora, Srinagar. “There are chances that they will reduce nearly 50% of their staff if the situation does not improve. Although they have not given us any official notification, it is certain,” said a senior employee, wishing not to be named.

Having worked for the company for more than 14 years, he told The Wire that if the company does, it is only the workers who will be in trouble. “There is huge unemployment here and when normalcy returns, the company will hire new workers. It is not a big deal for them. Their main concern is business – if you are providing them that, you are safe. If you failed to do it, you will be shown the door.”

According to an employee working with Rising Kashmir, a Srinagar-based daily, the newspaper has also laid off staff members. “Rabiya Bashir, Ishfaq Amin, Sahil Iqbal and Ishfaq Ahmad were told to stop work. Facing a financial crisis in this continuous clampdown, the organisation was not able to pay them. It’s a sad decision but what are the options? I am feeling bad for them.”

A journalist at Greater Kashmir, wishing not to be named, told The Wire that they have been told by the HR that the organisation has decided on a new policy for its employees: “No work, no pay.”

With no improvement in the circumstances in sight, many weekly news magazines and online portals in the Valley are facing tremendous losses on a daily basis. An owner of the online news portal, requesting anonymity, told The Wire, “Since August 5, we are not able to publish a single story. All the advertisers have cancelled their advertisements after finding no work from our end. I have nine employees, how will I manage their salaries? Whatever we saved is almost over. I am finding it difficult to pay them for September. We are in a helpless situations.”