Early indications of job creation in the Modi government’s tenure that came from the labour bureau had painted a dim picture. 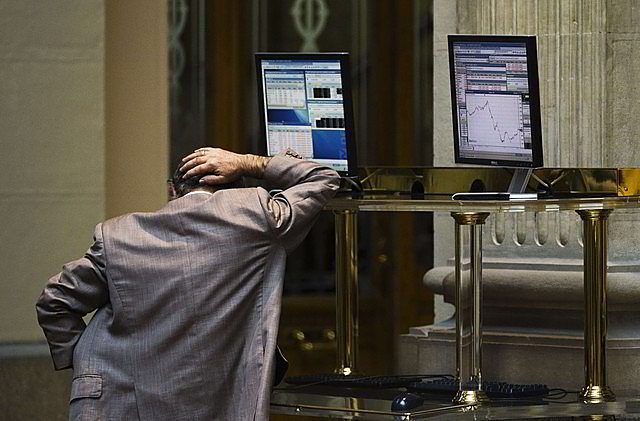 The proposal to replace the quarterly enterprise-level jobs survey comes months after the Panagariya-led task force had pointed out “serious limitations” in measuring jobs based on data from the EPFO, ESIC and PFRDA. Credit: Reuters

The Union government has begun the process to do away with the only official enterprise-based quarterly jobs survey and has started releasing monthly payroll data for employment in the formal sector.

This is a part of the government’s efforts to overhaul official employment estimates.

Prime minister’s principal secretary Nripendra Misra chaired a meeting with top bureaucrats on April 18 to discuss the roadmap for collecting employment data. The Prime Minister’s Office (PMO) has decided to set up a panel, led by former chief statistician T.C.A. Anant, to deliberate on whether the enterprise-level quarterly data, which is released by the labour bureau, should be discontinued.

With the 2019 general elections, the government is under pressure to substantiate job creation in the economy as the present official estimates represent a small sample of the job market or have been captured with respect to the old timeframe.

During his rallies for the 2014 general elections, Prime Minister Narendra Modi had promised ten million jobs for the youth every year. The opposition has been critical of the government for ‘jobless growth’, which the government recently countered with first-of-its-kind estimates that showed 3.53 million new payroll jobs were generated during six months in 2017-18.

In its meeting last week, the PMO asked the NITI Aayog for periodic reports on payroll from June. These reports will include data from chartered accountants, company secretaries, doctors and lawyers.

“The panel (led by Anant) will be asked to examine the relevance of the labour bureau’s quarterly survey. It will decide whether the survey can be replaced by payroll data gathered from the Employees’ Provident Fund Organisation (EPFO), the Employees’ State Insurance Corporation (ESIC) and the Pension Fund Regulatory and Development Authority (PFRDA),” said an official on condition of anonymity.

The EPFO, ESIC and PFRDA issued payroll data on Wednesday based on their month-wise subscriptions between September 2017 and February 2018. Data from the National Pension System (NPS) and EPFO show 3.53 million new jobs were generated during the six-month period. However, the ESIC data did not present a clear picture of job additions in the formal sector.

Anant declined to comment on the government’s decision to set up a panel but said, “Payroll data from the EPFO, ESIC and NPS is a very good way of measuring the characteristics of the job market.”

Sources said the government would soon issue a notification to set up the panel.

“Payroll data from these three organisations will now be released every month. We may as well bid goodbye to the days of analyses based on random sample surveys,” the NITI Aayog stated on Friday.

Apart from payroll data, field work for survey on jobs created by the Mudra scheme – to disburse unsecured loans of up to Rs 1 million to small enterprises with the objective of generating self-employment – has also begun and the results may likely be released by the end of 2018.

Early indications of job creation in the government’s tenure that came from the labour bureau had painted a dim picture. The bureau’s yearly household estimates showed joblessness at a five-year high of 5% in 2015-16 and the quarterly factory survey reflected job generation at a six-year low in 2015.

The yearly household survey of the bureau has been discontinued since and the quarterly survey was revamped in September 2016 to increase its coverage five-fold to 10,000 units. The government then appointed a task force, led by the then NITI Aayog vice-chairman Arvind Panagariya, in May 2017 to suggest ways to improve employment data in the country.

The proposal to replace the quarterly enterprise-level jobs survey comes months after the Panagariya-led task force had pointed out “serious limitations” in measuring jobs based on data from the EPFO, ESIC and PFRDA.

“First, there is a substantial overlap across them. Aggregation requires de-duplication… The second limitation is more serious. Additions to these data sets need not represent new jobs…. Therefore, administrative data can only be used to measure the extent of formalisation in the workforce,” the task force, led by Panagariya, had said in its draft report of July 2017.

The task force cited an example that companies with at least 20 workers were required to make provident fund contributions under the EPFO and if a firm with 19 workers added another worker to its payroll, it would begin contributing to the EPFO for all employees. “In the EPFO database, this will add 20 employees. Yet, only one of these 20 employees represents a new job,” the panel noted.

Though the panel was critical about several aspects of the quarterly data from the labour bureau, including low coverage and outdated sample frame, it had not recommended discontinuing the survey.