Why 4.5 Lakh Contractual School Teachers Are Striking in Bihar

They have eight demands, including equal pay for equal work, retirement age of 65, implementation of old age pensions and being made state employees rather than contractual workers. 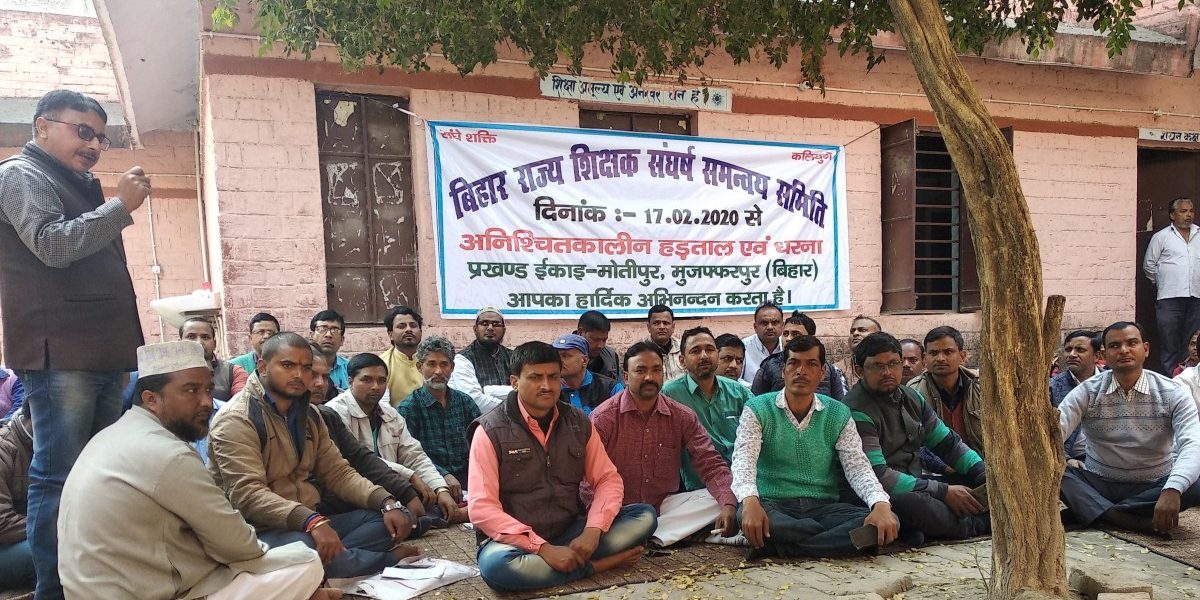 Patna: Nearly 4.5 lakh contractual school teachers, also known as ‘nijyojit shikshak‘, have been on an indefinite strike in Bihar beginning from February 17. They have eight demands, including equal pay for equal work, retirement age of 65, implementation of old age pensions and being made state employees rather than contractual workers.

The strike is occurring while the Bihar School Education Board’s matriculation exams have begun. The boycott has been called the Bihar Rajya Shikshak Sangharsh Samanvay Samiti (BRSSSS), an umbrella organisation of 26 unions.

Estimates say more than 74,000 schools – ranging from primary to higher secondary – are non-functional ever since the indefinite strike call. Most schools in the state have seen large-scale participation from contractual teachers.

The Bihar government has declared the strike ‘illegal’ and threatened stern action against those participating. However, even education minister Krishna Nandan Verma’s request to call off the strike was in vein.

According to R.K. Mahajan, education department additional chief secretary, all district education departments have been told to initiate disciplinary action against teachers who may hamper matriculation exams or boycott evaluation of the recently concluded Class 12 exam answer sheets.

He has specifically instructed district magistrates, municipal commissioners, deputy development commissioners and district education officers to maintain a list of teachers and identify those who are leading various teachers’ associations or protests. Action against them must be taken, he has said. Termination notices for the two teachers.

With a shortfall of teachers to invigilate the ongoing exams, the education department has set up a monitoring cell to keep close watch on the ongoing strike. The Board requires at least 60,000 teachers at exam centres, against the available 50,000 regular teachers. Panchayat sevaks might be roped to meet the shortfall, an official said.

An official from the education department told The Wire, on the condition of anonymity, that if the strike is not called off, it will hamper the smooth running of classes in schools and also the data collection at the time of the Census drive beginning in April.

Speaking to The Wire, Bihar State Primary Teachers’ Association president and convener of the BRSSSS Brajnandan Sharma said that the strike will continue till the demands are fulfilled. “Our motive is not to hamper the matric exams. But if the government acts against us, more protests will be staged statewide,” he said. 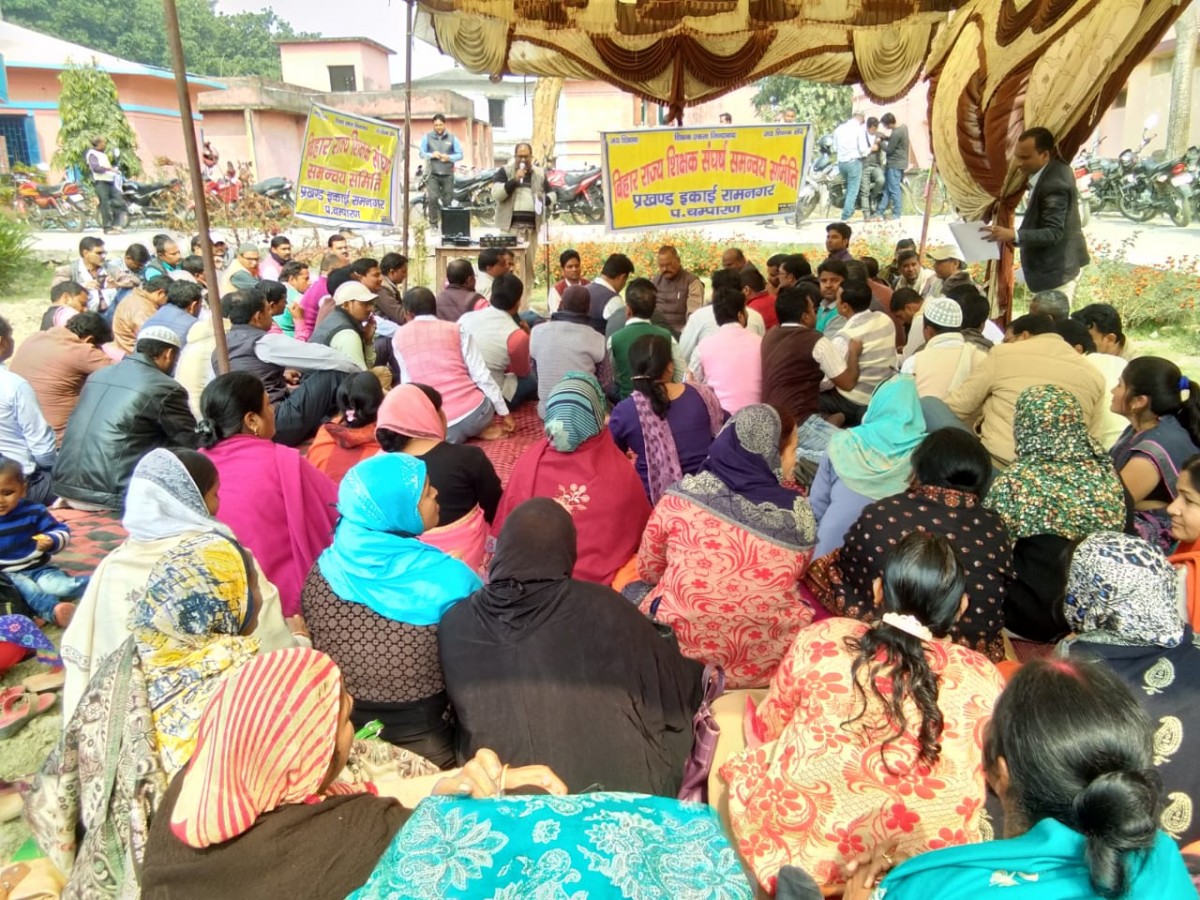 Abhay Kumar, a contractual teacher based in Muzaffarpur district’s Motipur block, said, “We are compelled to undertake this indefinite strike as we haven’t received any increments. Besides this, we want to be upgraded from contractual servicemen to state employees’ grade. Till out demands are kept, we will not teach and continue to boycott state government duties.”

Social commentator and former director of the A.N. Sinha Institute of Social Sciences, Professor D.M. Diwakar, was critical of the Bihar government’s action against the strikers. He told The Wire, “When what was needed was to focus on primary education, the government recruited teachers on a contract basis without any scrutiny or quality filter. Later, government submitted an affidavit in the apex court, refusing to consider the status and contribution of contractual teachers. Now it is threatening those on strike, but it is the government that demonised its own workforce during the legal proceedings. We should not forget that state’s primary education system is standing on shoulders of these teachers.”

For the last few years, contractual teachers in Bihar have been clashing with the state government on issues like equal salaries as permanent employees. In 2017, the Patna high court’s order provided some relief the bench said, “It is unconstitutional and a violation of constitutional provisions if equal pay for equal work is not being paid.” This rattled the Nitish Kumar government, which challenged the decision in the Supreme Court. The apex court set aside the high court’s order, placing contractual teachers at the mercy of the state government once again.

The ongoing protest indicates that the woes of Bihar’s education system are far from over. A history of opaque decision-making by the government has had an impact on the system and its functioning.