Across Bihar, schemes and campaigns meant to keep migrant labourers home since their perilous return during the COVID-19 lockdown have failed in myriad ways. 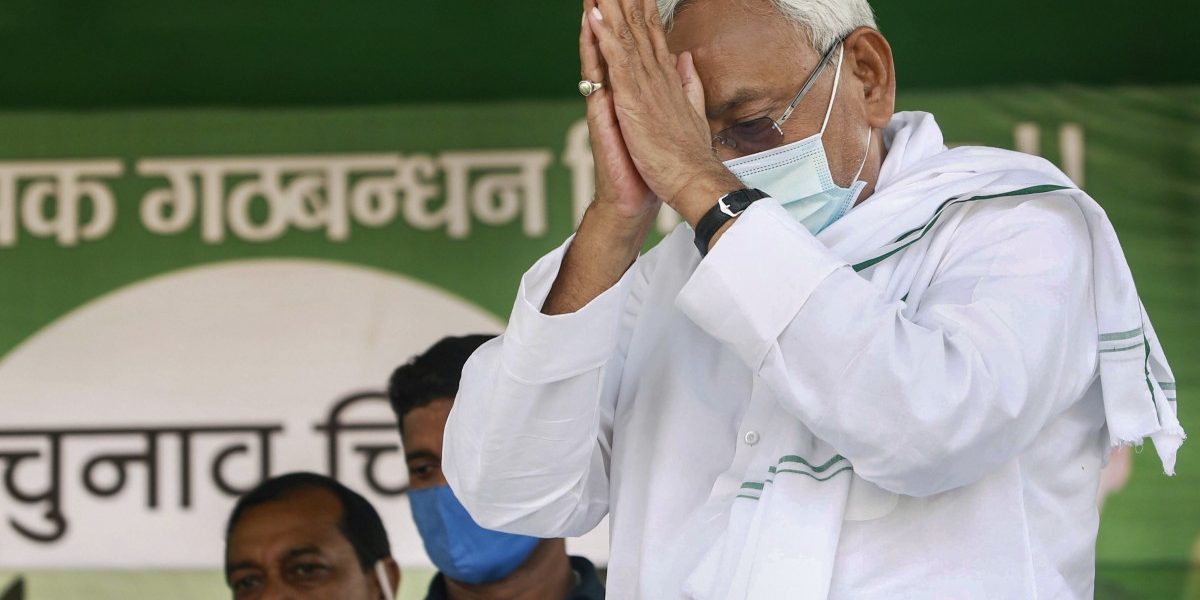 Patna: “Stay in Bihar. We will give jobs to everyone here. All migrants will use their labour and skills in Bihar itself.”

This was what Bihar Chief Minister Nitish Kumar had assured to migrant workers on May 23 on video.

At that time, it was believed that because this was the election year, Nitish, eager to keep them behind, will take concrete steps for all migrant labourers.

However, with the end of the lockdown, Bihar saw an exodus of labourers.

Among them was 28-year-old Mohammad Zahid who was forced to leave Bihar amid fears of COVID-19 because of a complete lack of work in his home state.

Zahid had returned home at Sakin Gogra in Araria’s Seemanchal from Delhi in June. Fifteen days later, he was back in Delhi.

He says, “I went to Delhi by paying a bus fare of Rs 2,500. I worked there at a factory but recently the factory closed down, so now I cut paddy in Haryana.”

The journey to Bihar from Delhi cost him Rs 5,000. He said, “After walking several kilometres, we reached the Kashmiri Gate and took a bus from there.”

Hiralal Manjhi, a resident of Barginia in Sitamarhi district, had similarly returned to Bihar during the lockdown, but could not find any work in the state. “I was in the village for two and a half months, but did not get any kind of employment, so I was forced to come to Haryana a month ago. Here I carry grain bags,” Hiralal Manjhi told The Wire over phone from Haryana.

Zahid and Hiralal are not alone. There are thousands of workers who could not find work at their home districts despite the launch of the Garib Kalyan Rozgar Abhiyan in June. 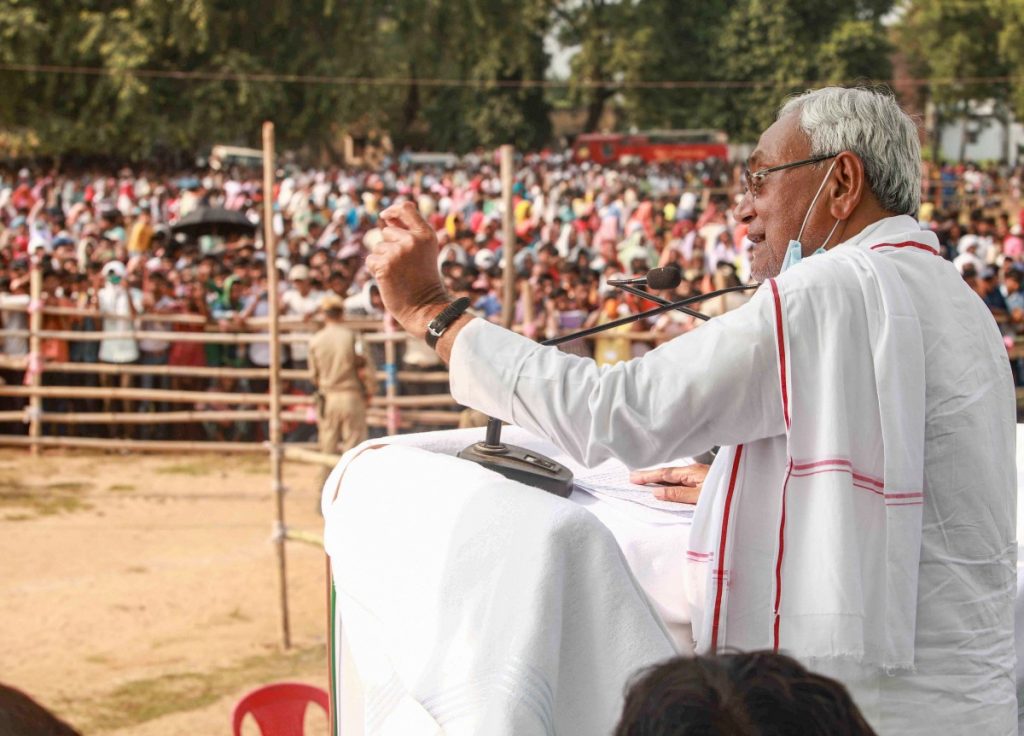 The Central government had launched the GKRA to provide 23.6 lakh migrant labourers who returned to their homes in the midst of the COVID-19 crisis and lockdown. Under this, Rs 17, 000 crore was given to Bihar. So far, the Bihar government has been able to spend only Rs 10,000 crore.

Yet Prime Minister Narendra Modi launched this campaign through video conferencing from Telihar village in Bihar’s Khagaria district on June 20.

Seeing that Bihar was the state to which the largest number of migrant labourers had returned and considering that the assembly elections were also due, maximum districts were selected from Bihar. This campaign included 116 districts of six states. Of them were 32 districts in Bihar, 31 in Uttar Pradesh, 24 in Madhya Pradesh, 22 in Rajasthan, four in Odisha and three districts of Jharkhand.

Terming the occasion as a historic day, Modi said, “The campaign is dedicated to our labourers brothers and sisters, for the youth, sisters and daughters living in our villages. It is our endeavour that through this campaign, labourers are given work near their houses.”

Rs 50,000 crore was allocated for this and the employment campaign was for 125 days, which meant that migrant workers would be given 125 days’ assured work. Twenty five types of work was to be carried out under this effort.

The Wire has obtained data from the Rural Development Department of Bihar, which shows that about Rs 7,000 crore is still to be spent. Migrants line outside Dharavi for their journey home. Photo: PTI

Officials, however, are satisfied with the spending and said that around Rs 5,500 crore could not be spent due to a delay in the release of funds by the Central government and floods in 16 districts.

Arvind Kumar Chaudhary, principal secretary, Rural Development Department, Bihar, told The Wire, “Floods occurred in 16 districts, so the work was halted for several days until water receded. This year, the rains were also frequent, which reduced work during that period. The floods affected the work of Pradhan Mantri Gramin Sadak Yojana (PMGSY). About Rs 1,500 crore of the PMGSY will remain unspent.”

“In the Pradhan Mantri Awas Yojana (Rural), we would have spent Rs 4,000-5,000 crores more than what we have spent so far, but we have no money. Money comes from the Central government. It was delayed and halted work mid-way. So, we will not be able to spend Rs 4,000 crore allocated for the Awas Yojana,” he said.

Also read: In India, Neither Tokenism Nor Panic Can Help Counter this Unique Crisis

When as to why labourers were travelling out of Bihar despite job opportunities in the state, Chaudhary replied, “Under MGNREGA daily wage is Rs 193 and in other cities workers earn Rs 400-500 daily. So they prefer other states over Bihar. But, we cannot do anything on this front.”

In the village where PM launched GKRA…

The GKRA had no clear policy on how to select workers or who the workers should approach for work under this campaign.

An official of the Rural Development Department said, “Twenty five types of works are being done in this campaign. These include railway work, underground cabling work, rural road construction and so on. So, migrant labourers will have to contact the authority associated with the relevant work for a job.”

The failure of this campaign can also be gauged from the fact that not a single migrant labourer has been benefited at the very village where Prime Minister Modi started this campaign. 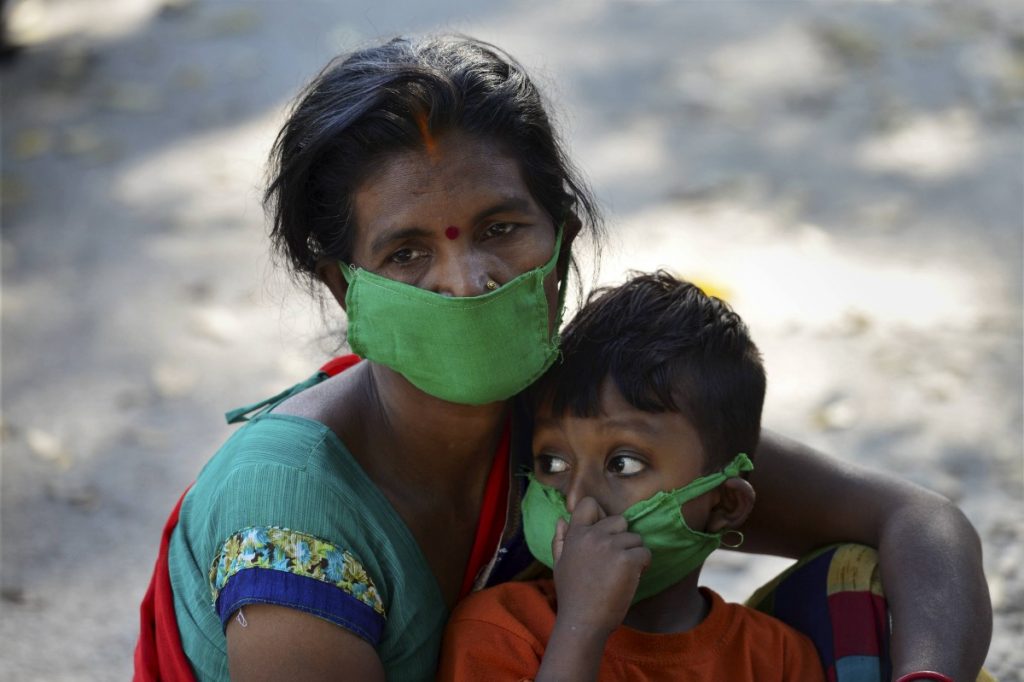 The few who got work at the time of the Abhiyan’s inauguration were able to work for a month. They then migrated to other states.

Anil Singh, the mukhiya of Telihar told The Wire, “During the lockdown, 467 labourers returned to my village. As many as 120 of them got MGNREGA work under this campaign, but in the meantime, there was a flood. So, the work stopped and the labourers moved to other states. After the floods, work could not be resumed.”

“I have not even received any kind of guideline on how to get labourers involved in work under this campaign,” he said.

Omprakash Ram (24) was working in Andhra Pradesh. He used to transport grain sacks and earn Rs 500-600 daily. His job came to a halt during the lockdown. He returned to his village Baligaon in Vaishali district.

He said, “Even after five months I am not getting any work.”

He has an MGNREGA job card, but that has not meant work under the scheme. Nor could he make headway under the GKRA. He could work only for seven days at a private construction site.

“My village was flooded for a month. We used to live on a platform raised on stilts. Construction work also stopped due to flooding,” he told The Wire.

He is married. His father used to work earlier, but he is ill now, making him the only breadwinner of the family.

Sunil Manjhi (42) had returned home in June by paying a steep bus fare of Rs 6,500. He lived in Chennai and worked at a vehicle horn-making company, making Rs 450 a day.

He said, “After spending 10 days at the quarantine centre here, I got the job of planting and taking care of the saplings under MGNREGA. The plantation work is part of Bihar government’s Jal Jeevan Haryani Mission. Four months have passed since I began working, but I have not received any money yet.” 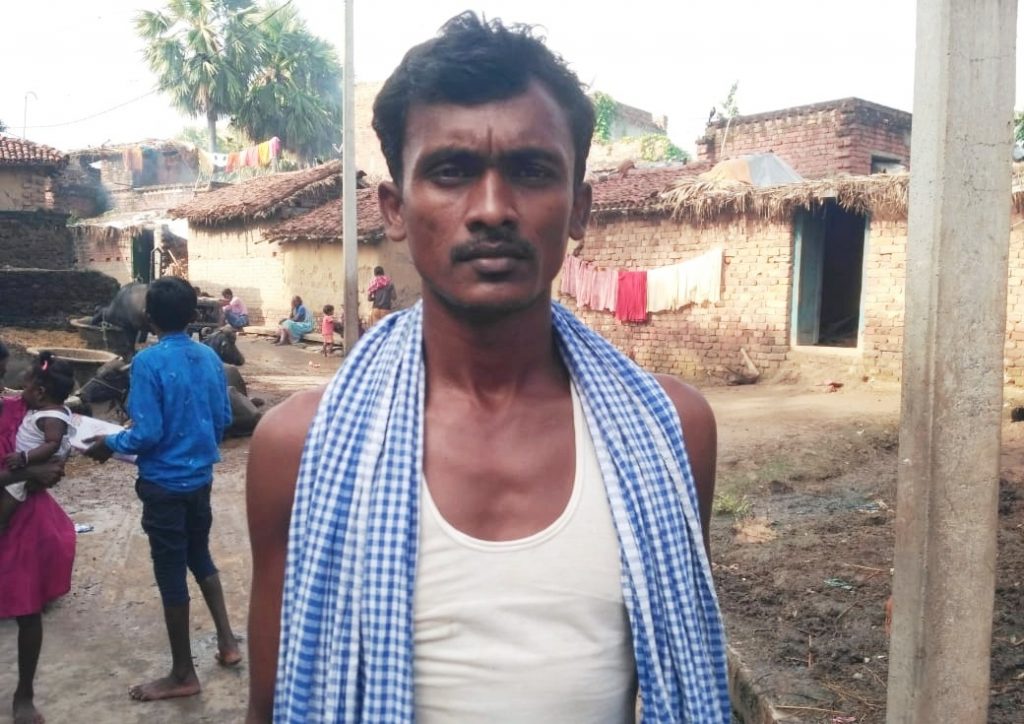 “We are landless and depend on daily wages. There are four children and a wife in my family who fully depend on my earnings. There are a lot of problems due to lack of money. I get government ration, but you need money for green vegetables. There is not even a rupee in hand. If someone suddenly falls ill in my family, then I will have to borrow money for treatment,” he told The Wire.

Manjhi lives in Akbarpur village in the Hilsa block of Nalanda, the home district of chief minister Nitish Kumar.

He said, “When the lockdown was imposed the factory where I used to work closed. Whatever I had earned, spent on food expenses during the lockdown. When the money started running out, I was forced to come back to my village.”

Brahmadev Prasad Bind, a resident of the same village, has a similar story.

Bind returned just before the lockdown in March, remained unemployed through the lockdown, so in June when he got a proposal to work under MGNREGA, he could not refuse.

Bind’s MGNREGA job card was made 2-3 years ago. He told The Wire, “I did not want to go to work out of fear of contracting COVID-19, but the job of planting saplings under the MGNREGA gave me hope that some money would come in. I was promised Rs 198 per day. For two months, I have been running from pillar to post for money, but no one is paying me or listening to me. Each time, government officials assure us that we will be paid, but we are yet to get our hard earned money.” 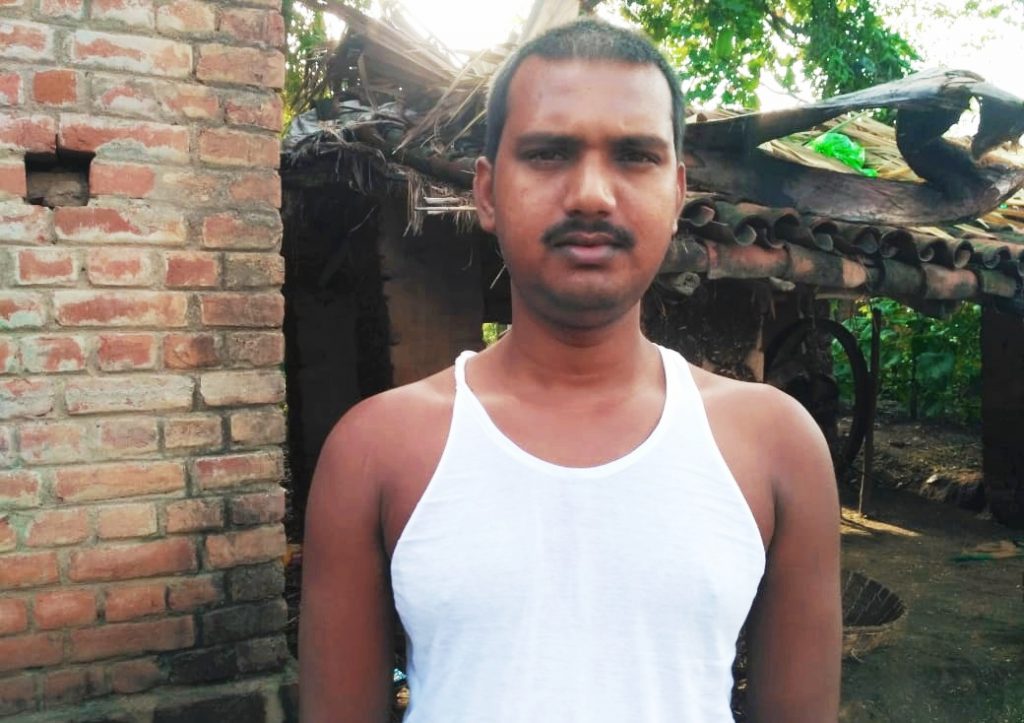 More than a dozen people who had worked with Bind are yet to be paid.

On August 31, Bind wrote to the programme officer of the MGNREGA. “The planting work at Akbarpur Panchayat under Jal Jeevan Hariyali was completed in June 2020, but no payment has been made so far, due to which the condition of labourers is worsening day by day. Therefore, I humbly request you to please pay wages to the labourers at the earliest,” he pleaded in the letter.

This, too, was ignored.

In Vaishali and Nalanda alike, villagers are angry with Nitish Kumar and Narendra Modi. “We want this government to change. What do you do with a government if it cannot provide jobs?”