Patna: The countrywide strike, called by 10 central trade unions and independent forums, was seen in nearly all districts of Bihar.

Bihar State Auto Union general secretary Raj Kumar Jha, told The Wire that the strike went well thanks to the presence of lorry and bus drivers, auto rickshaw drivers and also petrol pump workers. “Our focus was to put up resistance against the anti-worker polices of both state and central government which includes ban of diesel auto from March 31, 2020,” he added. 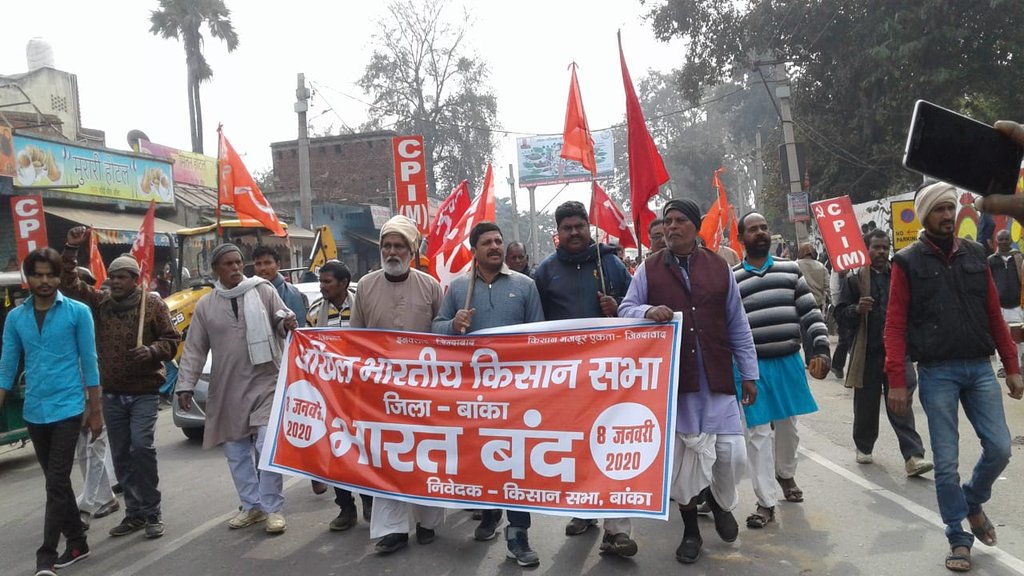 Accredited Social Health Workers (ASHA) workers and Anganwadi workers demanded ‘worker’ status to all scheme workers who by virtue of not being officially categorised as ‘workers’, do not come under most of the labour laws in the country.

CITU state leader Arun Kumar Mishra said, “The Bihar chapter of all India strike went extremely well with coordination of all the trade unions and the support from the common man. The outburst against policies such as CAA-NRC of the government was visible. Issues of massive unemployment, price rise, distortion of labour laws and unprecedented sale of public sector and mergers of banks have led to mass eruption.” 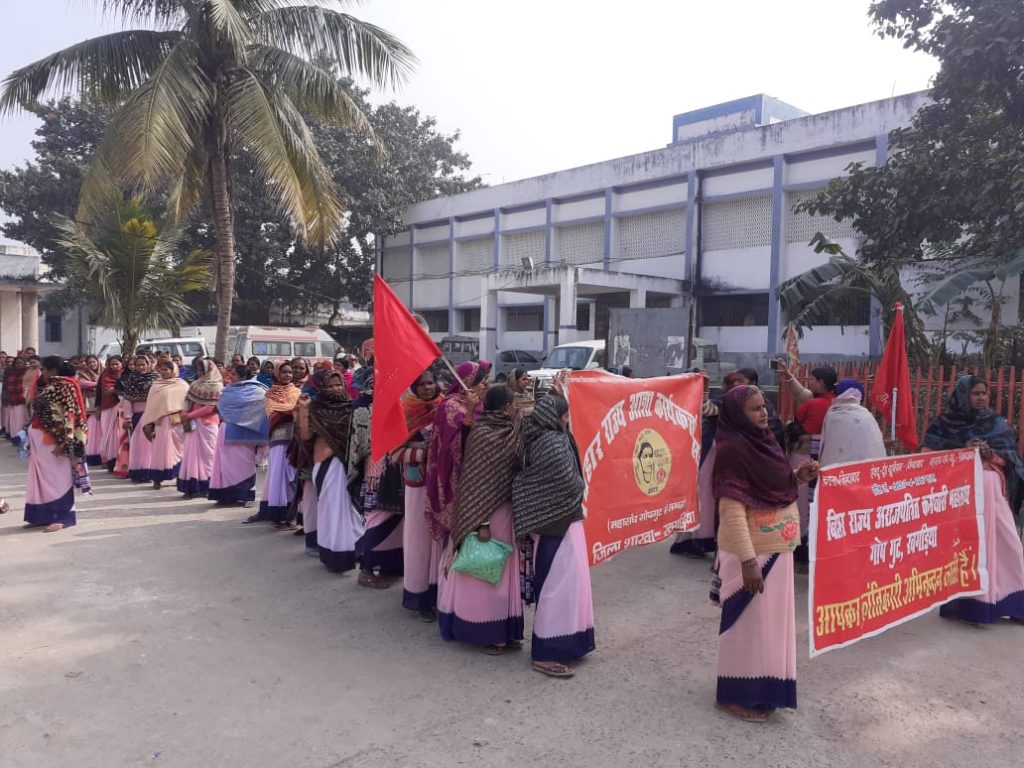 All India Kisan Sabha (AIKS) Bihar leader Ashok Singh said the rural workforce showed full participation with no supply or restricted supply of vegetables to the mandis of local areas and nearby towns. Construction workers were also seen in huge numbers statewide.

MGNREGA workers claimed to not have been given their wages since months. Nor are there enough jobs for them, they said.

The strikes were notable for the participation of women scheme workers and their entirely non-violent nature in the state.