Faridabad overtakes Gurugram when it comes to such injuries, of which 80% take place on the premises of auto majors and their suppliers.

Employees of Motherson Sumi Systems Limited, work on a car wiring assembly line inside a factory in Noida on the outskirts of New Delhi, India April 28, 2016. Image for representation only. Photo: Reuters/Anindito Mukherjee/File Photo

New Delhi: Thousands of workers continue to be injured and disabled in India’s fast-growing auto-sector supply chain every year, says the latest report by a Gurugram-based NGO which has pointed out that over 1,000 industrial workers sustained serious and debilitating injuries in Haryana alone last year.

The Safe in India (SII) Foundation has since 2016 been tracking such injuries, helping the injured workers and pointing out deficiencies in the existing system so that they may be rectified and injuries prevented. In its latest report, SafetyNiti 2022, covered the issue of “gaps, opportunities and good practices” in the occupational safety and health (OSH) policies of India’s top 10 auto sector brands for their supply chain workers.

Over 1,000 injuries in Faridabad, Gurugram alone

The report has painted a grim picture, stating that there were injuries to over 1,000 workers in Haryana alone in the financial year 2021-22. The organisation said while it has come across injuries to 3,955 workers in the northern belt between 2016-22, in the last year it observed a spurt in such cases in Faridabad, “which appears to have even poorer working conditions than Gurugram”. Over the last year, the report said, 562 workers sustained injuries in Faridabad while the number was 463 in Gurugram.

“Most injured auto-sector workers in the Gurugram-Manesar-Faridabad industrial belt continue to be from factories supplying to three largest [original equipment manufacturers or OEMs] in Haryana,” the report said, adding that nearly 80% of these workers were employed in the automobile sector. It added that most of these workers were “injured in factories supplying to one or more of the three largest OEMs in the Gurugram-Manesar-Faridabad belt: Maruti Suzuki, Hero and Honda.”

While Faridabad and Gurugram continue to witness a large number of injuries to workers, the report said, the situation is no different in the auto-sector hubs in Rajasthan and Uttarakhand, where Tata Motors and Bajaj and their suppliers have a large presence, the report said.

The report has also highlighted how migrant workers remain most vulnerable in the sector. In the last financial year, it said, 87% of the injured workers assisted by SII were inter-state migrants from across India with 80% of them having migrated for work from Uttar Pradesh and Bihar. “This proportion dropped from 92% in the previous five years reported in CRUSHED 2021, probably on account of reverse migration during [COVID-19] lockdowns,” the report added.

It said the quality of life and work of such migrant workers was intertwined to a significant extent with the quality of work offered by India’s auto sector, which was the largest contributor to the GDP from the overall manufacturing sector. “Without improving working conditions for these migrant workers – there are around 450 million of them in the country – and indeed non-migrants, we cannot achieve a decent work environment for workers or expect a thriving country that is equitable for all its citizens,” it stated.

The report also noted that contractual employment remained a dominant pattern of employment for auto-sector workers in Haryana with 56% of total workers assisted by SII belonging to this group.

It added that as per the Automobile Components Manufacturers Association report, nearly 70% of the workforce comprises contract workers. 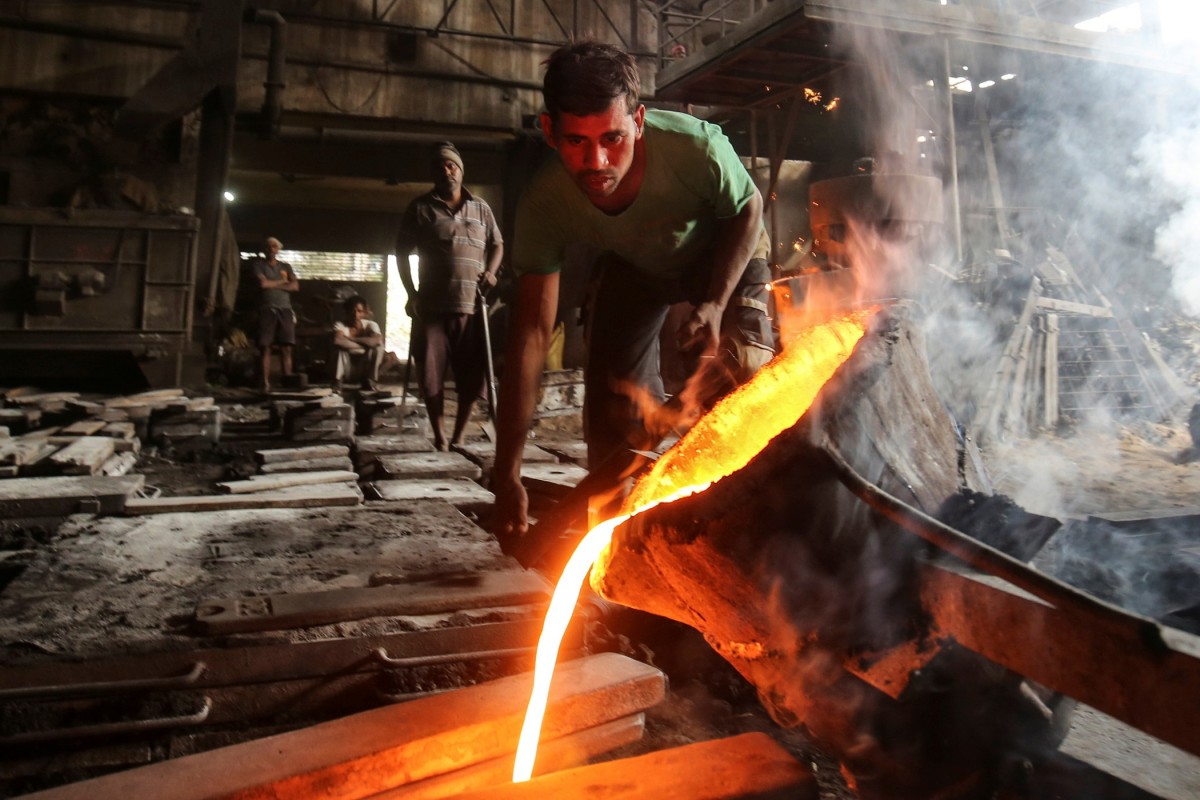 An earlier report by SII had illustrated how many of the injured workers found it difficult to return to work. “They lose their fingers, break their wrists, suffer nerve damage in their hands, and sometimes even lose the use of their hands. This happens despite the presence of safety laws and monitoring agencies in the country,” it had said.

Moreover, the report had stated that the injuries often force them to “return to their villages with little hope to restart their careers” and that then “they often settle for lesser paying jobs, severely impacting their families and violently disrupting their lives.”

And yet, the latest report has pointed out that a large proportion of crushed injuries are still “first treated in non-ESIC smaller private hospitals” before the victims are taken to ESIC hospitals. This, it said, “potentially” results in “worse disabilities than should have been the case”.

On average, the report said, 1.97 fingers per injured worker are lost to crush injuries and that this has a “devastating financial and psychological impact on workers and their families and restricts their already limited livelihood options.”

In the previous year 2021-22, the report said, a large proportion (47%) of the injured workers were first taken to smaller private hospitals for treatment immediately after the accident and only after one to three days were they taken to ESIC hospitals, resulting in a delay in proper treatment.

Review of occupational safety and health policies of 10 leading manufacturers

Talking about the findings, the CEO of SII Sanjeev Sachdeva said SafetyNiti 2022 has analysed the OSH policies of the top 10 auto-sector brands in the country for their contract workers and for their supply chain workers.

It stated that of these OEMs, only seven have placed their OSH policy in the public domain. Besides, the OSH policies of most OEMs do not explicitly state that they cover contract, casual or temporary workers and other categories such as trainees, apprentices or probationers even in their own factories.

Also, it said, only two OEMs were found to have a charter of workplace guidelines for contract workers which includes health and safety.

The report also revealed that only four of the OEMs had a Supplier Code of Conduct while three did not have any policies and processes to ensure OSH in the deeper supply chain.

On the aspect of human rights policy, the report said, only four OEMs have a stated policy in the public domain while three have covered it partially. These policies cover among other things, occupational safety and health issues as also working hours and grievance redressal. It added that none of the OEMs, however, possessed a standard operating procedure or a comprehensive OSH implementation plan for their deeper supply chain.

In view of the slow progress in certain aspects of the welfare of workers, the SII has also made several recommendations for the OEMs, the Society of Indian Automobile Manufacturers (SIAM), the Central and state labour ministries, the International Labour Organisation and trade unions.