The notice could leave over 1,000 former employees homeless. File image of the interiors of the one of the paper mills in Assam. Photo: Gaurav Das

Guwahati: After years of struggling for their unpaid dues, formers employees of two government-owned paper mills have now been slapped with an eviction notice asking them to vacate their living quarters.

Served on September 3, the notice asks former workers and officers of the defunct and debt-ridden Hindustan Paper Mill Corporation Limited mills to leave their accommodations. The notice was served on them by an HPCL liquidator.

More than 1,200 former employees of the two mills are yet to be paid their monetary dues which include pensions, salaries and provident funds. Over 1,000 former workers still live in the quarters, most at the Nagaon mill.

As many as 93 former employees have died while awaiting their dues – four by suicide. Their former colleagues allege that many of their deaths were caused by a lack of funds to pay for treatment.

On August 29, one Akshay Kumar Mazumdar, a 62-year-old former employee died. He was suffering from hypertension and according to the workers’ union, his family could not afford proper treatment as they ran out of money.

“You were allotted accommodation/quarters by virtue of the Service Rules of the corporate debtor. The undersigned is the liquidator of the company, and the undersigned is in the process of liquidation of the assets of the company including Cachar Paper Mill (CPM) comprising of factory, township, vacant land, and other assets under the provision of the code. With the view to facilitate the sale of CPM and to realize maximum value from it would be necessary for the liquidator to get vacant possession of CPM land buildings being put to sale in liquidation. Since your employment with the corporate debtor came to an end with effect from 2/05/2019 or earlier due to superannuation/resignation/death/or termination of services from the corporate debtor, your occupation of the accommodation/quarters occupied by you is unauthorized and you are required to vacate the same. The undersigned hereby call upon all noticees’ to vacate the accommodation/quarters occupied by them within 15 days of this notice by handing vacant, physical and peaceful possession there of to the undersigned.”

The union bodies have already filed objections to the deputy commissioners of Morigaon and Hailakandi districts and spoken to Kuldeep Verma, the HPCL liquidator. 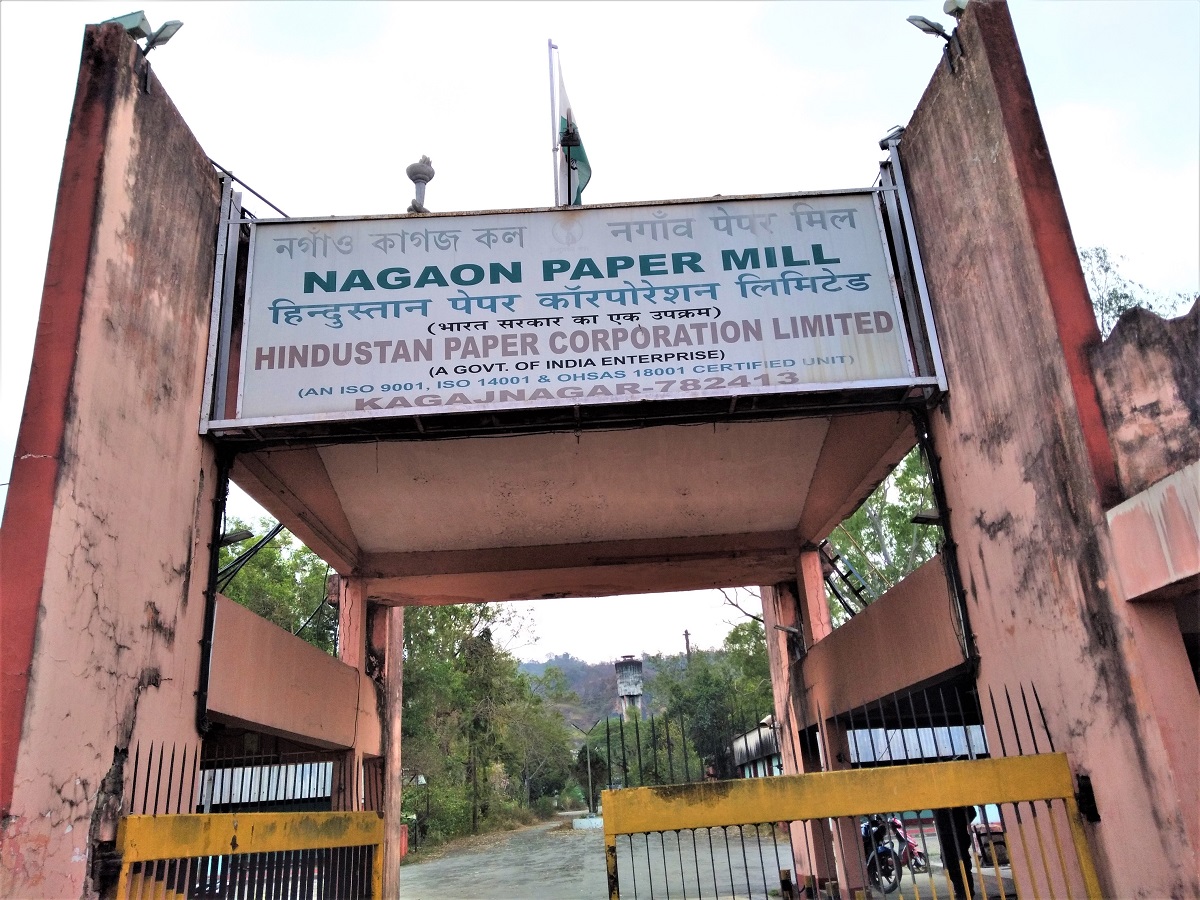 The workers claim that the notice is illegal and supersedes the National Company Law Appellate Tribunal (NCLAT) order of May 29, 2019, and the Delhi high court order of April 2020.

Manabendra Chakraborty, president of JACRU told The Wire that the eviction will be opposed.

“Is Mr [Kuldeep] Verma a judge or a magistrate? Who is he to issue and serve us with an eviction notice? What he has done is illegal…He wants to throw us in the streets. This is a conspiracy, and he is working for someone who wants to take advantage,” he said.

“We are survivalists, and if this eviction takes place, it will be over our dead bodies and they will have blood on their hands,” he added.

The two mills, once categorised as Miniratna PSUs, were also put up for auction for the second time in June.

The two paper mills have been rendered defunct over a lack of working capital as HPCL owes an amount of Rs 98 lakhs as unpaid dues to the company Alloys and Metals (India).

The Cachar the paper mill achieved full capacity production during the financial years 2005-06 and 2006-07.

Union home minister Amit Shah, in one of his election campaigns at Sarbhog in Barpeta district on April 4, said that the BJP-led government will not only revive the paper mill but augment paper production, increase bamboo production in Assam and scale-up paper distribution all over India.

“A government of India owned plant has turned to a death valley. In the absence of natural justice, the only option is that of the citizen’s court and of national and international communities to take note,” said Chakraborty.