No salary was paid to workers of the two units since January and March of 2017, respectively. 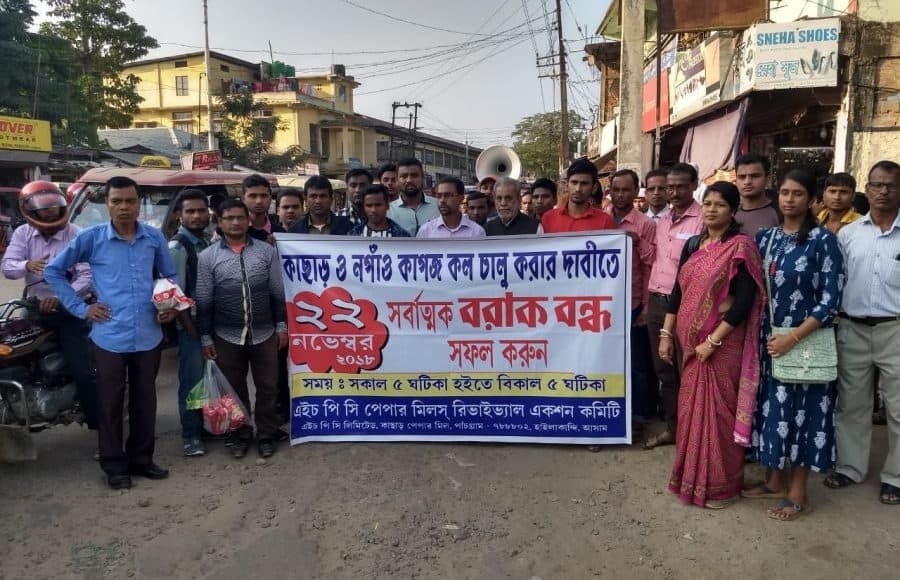 Assam Industrial Development Corporation (AIDC) was declared as the successful bidder. On behalf of the Government of Assam, the AIDC has taken over the assets of Nagaon and Cachar paper mills, an official statement said.

The AIDC had participated in the e-auction process of all the assets, plant, technical area, township area of Nagaon and Cachar paper mills pursuant to public announcement on February 26, 2022 at a reserve price of Rs 375 crore.

“The Government of Assam has paid the amount of Rs 375 crore and will be distributed by the liquidator as per the norms of Insolvency and Bankruptcy Code (IBC) 2016. The remaining amount of Rs 700 crore will be utilised in clearing the dues of employees and workers of HPC”, the statement said.

Chief Minister Himanta Biswa Sarma said the acquisition will pave the way for the long-awaited relief to the mill workers.

In the meantime, a team of AIDC officials took over the assets of Cachar Paper Mill at Panchgram, the Industries and Commerce Department said in the statement.

“The Government of Assam also plans to develop the land to promote industrial and economic activities to accelerate the growth of the region”, it said, adding the total land area of both the paper mills are about 1,550 acres.

HPC’s Cachar unit in Panchgram stopped functioning on October 20, 2015, while the Nagaon mill in Jagiroad stopped operations on March 31, 2017. No salary was paid to the staff of Cachar and Nagaon units since January and March of 2017, respectively.

On September 30 last year, the Assam Cabinet had approved a Rs 700-crore relief package for the two paper mills. The major portion of this amount will be spent to pay the dues of the employees, while some will be used to pay bills such as electricity charges.

Earlier, an agreement was signed between the representatives of officers and supervisors’ associations and workers unions of the HPC and the Government of Assam, resulting in the relief package.

In June 2018, the National Company Law Tribunal (NCLT) had directed initiation of Corporate Insolvency Resolution Proceedings under the Insolvency and Bankruptcy Code (IBC), 2016 against the HPC, which had submitted a Rs 1,995-crore revival proposal to the government.

During the hearing of the case, the NCLT had ordered for the liquidation of the two mills of the HPC, although the BJP-led state government was repeatedly promising to revive the two plants since former Chief Minister Sarbananda Sonowal assumed power in 2016.

As all options of revival failed after following the due process with several rounds of meetings between all stakeholders and a number of hearings, the NCLT on April 26 last year ordered the Liquidator to sell the entire HPC as per the decision of the National Company Law Appellate Tribunal (NCLAT).

During the auction, HPC’s all assets such as the two mills at Nagaon and Cachar, residential flats in Guwahati, Kolkata and Mumbai, office assets in Kolkata and New Delhi, and a huge amount of inventory such as coal, unslaked lime, bamboo and limestone, went under the hammer.

The reserve price for the bids was initially kept at Rs 1,139 crore, but it attracted no bidder. The price was lowered several times and the Assam government finally acquired the mills at Rs 375 crore.