Trained manpower is often open for exploitation by hostile forces, say former military and security officials. Many could even end up joining overseas mercenary groups and private military contractors. 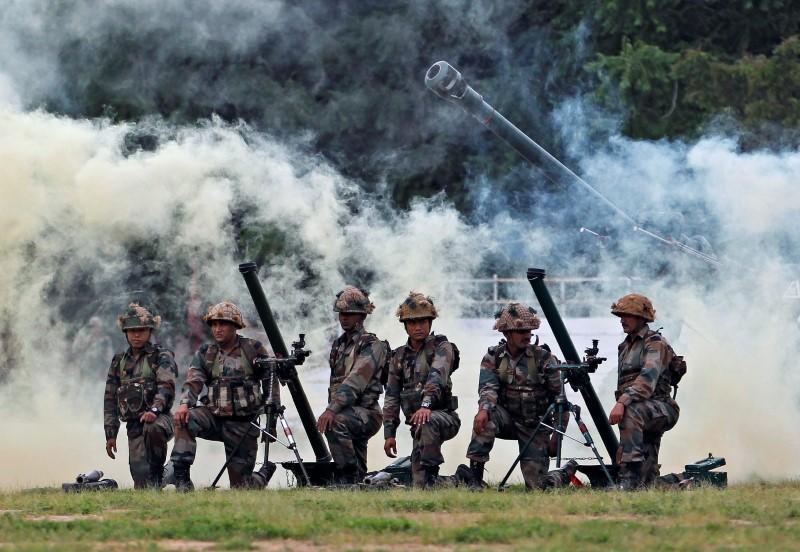 They warned that consequently, thousands of such weapon, combat and technically trained servicemen, who are now aged around 21 years and who would be released back into society six or seven years hence, could be in a position to exploit their soldierly skills adversely, by either spawning or bolstering armed gangs. Worse, they could be establishing ‘caste armies’ to challenge the state.

Some of the more enterprising ones, however, could eventually even end up joining overseas mercenary groups and private military contractors (PMCs) in a burgeoning business, estimated annually to be worth over $200 billion. Mercenaries, or soldiers of fortune, and PMCs are steadily proliferating globally – as seen in Ukraine – and both entities are continually scouting for trained soldiery, a requirement discharged Indian ToD personnel would adequately fulfil.

“For decades the record of successive Indian governments in providing ex-servicemen re-employment, in either the public, private or government sectors has been dismal, and is likely to become even more uncertain as economic turbulence multiplies and joblessness grows,” said a retired senior police officer.

Such a bleak financial environment, he stated, would present these discharged soldiers with little alternative but to consider criminally lucrative opportunities. Besides, their large numbers was almost certain to eventually precipitate the militarisation of civil society, he warned, declining to be identified.

Under the proposed ToD or Agnipath plan, likely to be imminently announced by the Union government, the three services reportedly aim to annually recruit 30,000-40,000 Agniveers or personnel below officer rank (PBOR) aged between 17.5-19 years for 48 months. This is in a bid to curtail the services’ ballooning pension bill that currently averages some 23% of the annual defence outlay.

The Agnipath scheme, mooted by the former Chief of Defence Staff General Bipin Rawat, but virulently opposed internally by senior and retired service officers, especially from the Indian Army, is expected to kickstart jawan recruitment that has been at a standstill for over two years due to the COVID-19 pandemic.

Once recruited, the shortlisted Agniveers would undergo six months of training, before being deployed to active field units and to other locations across the country for their remaining three-and-a-half years of duty tour. Thereafter, all Agniveers would be discharged, and after a brief hiatus – which is yet to be finalised – 25% of them, predicated upon their previous performance, would be re-inducted, to complete an additional 15-17 years in service. This, in turn, would entitle them to full retirement benefits, but their previous four years in the military would not contribute towards this determination.

However, as envisaged in the Agnipath proposal, 75 % of Agniveers – eventually numbering over 25,000, if not more, each year 2026-27 onwards – would, upon discharge, receive a tax free gratuity of Rs 10-12 lakhs via the Seva Nidhi scheme, a third of which they would mandatorily have contributed towards whilst in service. Their monthly starting salary, according to recent media reports, would be pegged at Rs 30,000, rising eventually to Rs 40,000 in their fourth year. Of this, 30% would accrue each month to their discharge fund, to which the government too would contribute an equal sum, to comprise the final severance package.

From then onwards the federal and state authorities would reportedly assist in facilitating the discharged Agniveers resettlement and rehabilitation, that is expected to include absorption into the paramilitaries, state police forces and associated ancillary security organisations. Providing alternate employment in government, public and private sectors, based on each Agniveers qualifications and aptitude, too would be advanced, based on the underlying assumption that four years of disciplined military service will have rendered these youths ‘highly employable’.

But senior military and security officials are not quick to agree.

They maintain that decades of reality belied all such platitudes, reinforced further by the existence of tens of thousands of ex-servicemen who toil daily in deplorable conditions, either as security guards or in other poorly-paid jobs, all secured after frantic soliciting and alleged bribery. Indian Army officers further affirmed that sustained efforts by their service headquarters to ‘prod’ the Central Paramilitary Forces into laterally inducting Army jawans, who retired at the age of around 38 years, had proven stillborn. Over years, successive parliamentary defence committees had also recommended these hirings, but to no avail and military officers anticipated little, if no change with regard to the Agniveers’ employment chances. Moreover, as senior Army officers pointed out, the government and public sectors had collectively cut back drastically on all fresh recruitment, whilst the private sector, despite government fiats and veiled threats, remained impervious to officialdom’s employment schemes.

“Faced with dismal work prospects and an uncertain economic future, the Agniveers could become potential recruits for criminal gangs,” said Gurbachan Jagat, former Director General of Police in Jammu and Kashmir and later of the Border Security Force. Their tactical military training would make them ideal for such a role, he warned.

“Such trained manpower is open for exploitation by hostile forces in a country like India with numerous factions, discords and insurgencies,” said Brigadier Rahul Bhonsle (retired) of the New Delhi-based Security Risks consultancy group. Demobilised Agniveers, he added, could prove a prospective time bomb with the potential to exacerbate the country’s law and order situation.

Also read: If Modi Govt Is So Big on National Security, Why Won’t it Make Crucial Defence Appointments?

Defence commentator Major General Amrit Pal Singh (retired) went a step further with regard to the possibility of ex-Army Agniveers exploiting their recently acquired military skills to operate in a criminal milieu. “Given their four-year tenures the Agniveers, unlike regular soldiers, would have no allegiance to the Army’s ‘naam, namak, nishan’ (honour, loyalty and identity) ethos, which constitutes the fundamental tenets of platan soldiering and preserves its izzat (respect),” he declared. In theory, these youth could contribute significantly to lawlessness, he forewarned.

Additionally, in the highly specialised PMC sector, daily earnings, centred on experience, expertise and danger potential, could average between $500 and $1,500, which is more than incentive enough for an Agniveer to seek employment there.

According to Dr Sean McFate, one of the world’s leading experts in the US on soldiers of fortune and PMCs, mercenaries are here to stay. New consumers, he stated in an exhaustive paper written in the late 2019 for the US’s National Defense University, will seek security in an increasingly insecure world, as a consequence of which new mercenaries would emerge to meet this demand. Furthermore, contracting had become a new American way of war, he stated, and trends indicate that the US could outsource 80 to 90% of its future wars to PMCs. This, McFate added, was one of the few issues in Washington that enjoyed ‘true bipartisan’ political support from both the Democrats and the Republicans.

Besides, there were no mercenary training camps anywhere, so all such personnel, lionised in Hollywood movies, came largely from national military forces. In such an egregious situation, Indian military officers said Agniveers were ‘ideally suited’ for such employment, as their training and deployment – especially in the Army – would be across terrain which offers diversity like nowhere else. This includes the upper Himalayan reaches, the Rajasthan desert, the flat Punjab plains and the swampy jungles in the northeast.

The Agniveers youthfulness and accompanying vigour too would be employable assets. Ironically, India could once again – like decades earlier, when it provided the West skilled technicians for computer hardware and software development – end up exporting battle-worthy soldiers to also fight its wars.