From the Vishwavguru Archives: Transcript of a secret note from the White House to the PMO. 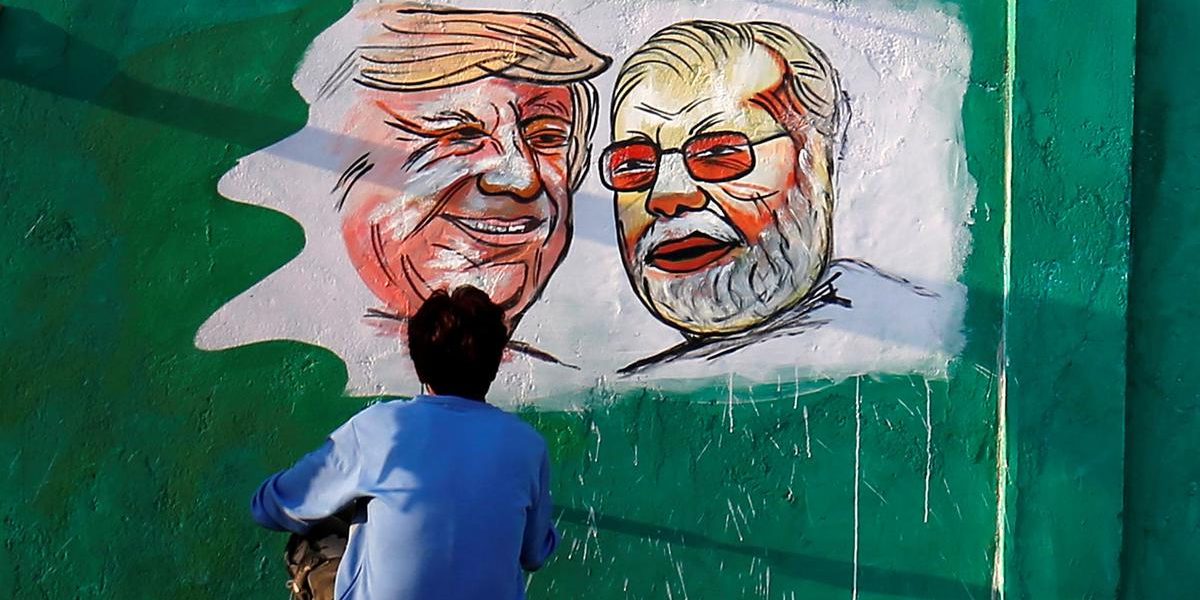 A man works on a painting of Donald Trump and Narendra Modi in Ahmedabad. Photo: Amit Dave/Reuters

A day after the Trump-Biden debate, which does not appear to have gone well for the United States president, the following note was received in New Delhi. The note came not through the usual diplomatic channels nor through any know ‘back channel’ but through the little known, and  rarely used black channel. In diplomatese, a black channel is the name given to a mode of communication established by the highest authorities in two countries to convey private and secret messages, which are intended never to become part of any official record.

This note containing a request from the White House came from a close confidante of the US president, and has been shared with me on condition that I not reveal their identity. The transcript of the note is appended below.

The President conveys his greetings to the Prime Minister. He recalls with fondness how the Prime Minister was willing to host his very large entourage at a huge public event in Ahmedabad at a time when the Chinese Virus was already rampant and international travel of any kind was highly problematic. The President has on many occasions cited to us a passage from John le Carre’s, Absolute Friends – many people may snicker at the thought of him reading complicated prose like a le Carre novel but this is one of the few books he has managed to read and enjoy. In recent years, the President has taken to citing a line from Absolute Friends: “This is a war of lies. Our politicians lie to the press, they see their lies printed and call them public opinion.”

For the President, this is a mantra and every day he thinks that the American liberal media is out to prove it right.

The President believes that the Prime Minister has mastered this mantra perfectly. I have myself heard the President say it many a time to his advisers –  that we could learn a lesson or two from India on how to present official data and figures and how to rearrange the truth.

The President was full of respect and praise for how the Prime Minister was able to handle Parliament recently, given all the adverse developments with those expansionist Chinese. The President has in fact instructed his legislative aides to visit New Delhi after November 3 and learn a trick or two from the Prime Minister’s team.

Also read: How Differently Is Parliament Functioning Under Narendra Modi?

Our  request, on behalf of the President’s campaign, is that till Americans vote on November 3, it would be very helpful for India to show its COVID numbers as higher than those of the United States, so that the President can then refute Joe Biden’s claim that we have the highest number of COVID infections in the world.

The urgency of our request cannot be overstated. Our strategists and our pollsters tell us that the President is vulnerable on this count. We need to undo the damage.

The President believes that he has led a vigorous fight against the Chinese virus and it is only fair that America should escape the ignominy of having the world’s highest COVID numbers.

The President believes that as a friend of the White House, Prime Minister Modi can provide absolutely critical assistance – a favour that will not be easily forgotten after we are triumphant this November. 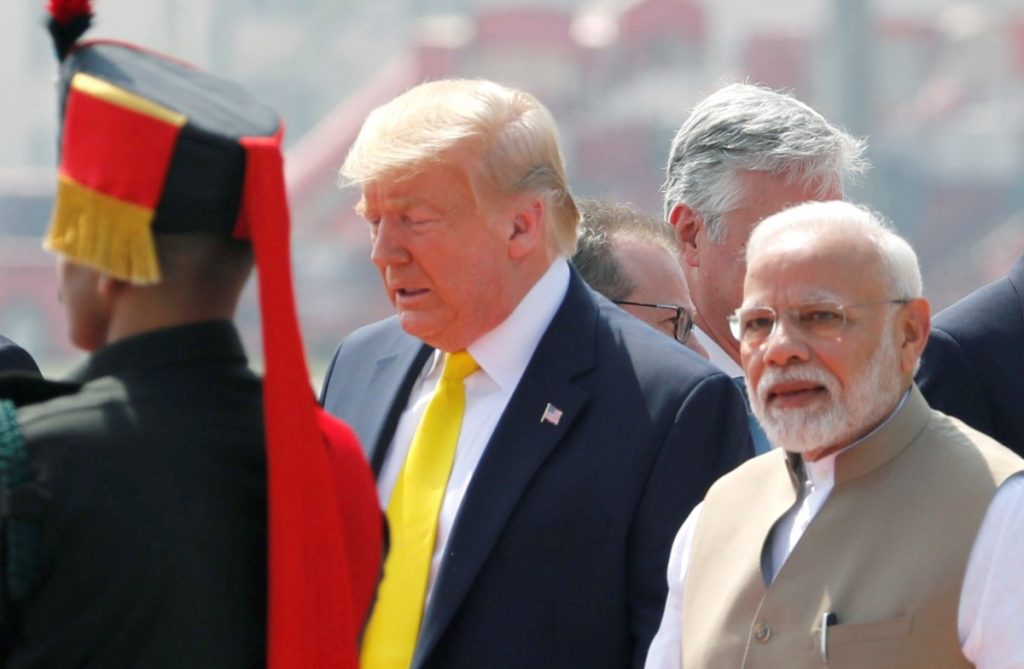 The President thinks that what we are asking of New Delhi is also fair. We are not asking anyone to tell any lies; all we request is that your government tell the truth to the Indian public and the world. Just, please, do not suppress India’s COVID numbers. That’s all. We are not embarrassed in making this honest request, from one friend to another.

The President believes that the Prime Minister has all the skills and expertise to sell the new (alarming but true) figures to his own people. In any case, as we understand, he now has only the Bihar electoral battle on hand, and that contest – and, we say this with great envy – the Prime Minister has already won with this wonderfully crafted distraction of Sushant Rajput/Kangana and Bollywood.

The President and all of us in the White House  are, of course, very mindful of the Prime Minister’s help to us with the Indian-origin voters here; we are grateful for what he said at the ‘Howdy Modi’ event in Houston. We do not forget our friends easily.

In the end, we know that US laws do not allow us to request the Prime Minister to come and campaign on behalf of the President, but we shall be most obliged if the Prime Minister were to offer us advice on how to proceed in the next four weeks. And, as I said earlier, we do not forget our friends.

Atmanirbhar is a pen-name for an aspiring satirist, who shall be contributing irregularly a column, ‘From the Vishwavguru Archives’ and who believes that ridicule and humour are central to freedom to speech and expression.