From the Vishwaguru Archives: When the weapon of criticism and self-criticism is wielded as a dialectical part of inner-party struggle. 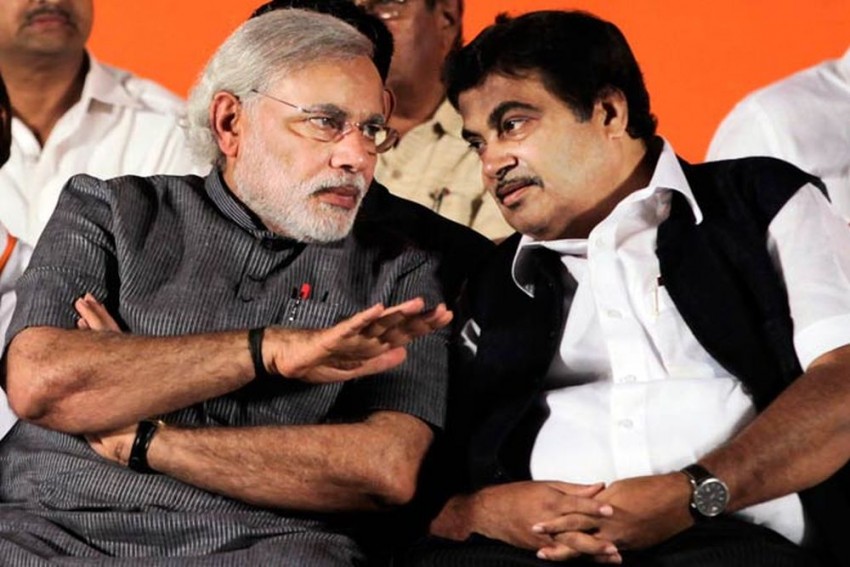 Has Nitin Gadkari has gone off the reservation? His public meditation on politics made an uncomfortable headline: “Politics now 100% about ‘power play”. Since he chose to make the remarks in Nagpur, that self-designated capital of righteous India, suspicious motives could not be ruled out. Had Gadkari been an Opposition figure, a first information report (FIR) could have been easily instigated in Tinsukia or Mangalore, and he could have been cheerfully denounced by angry anchors on television.

Instead, Gadkari was summoned to appear before the Supreme Disciplinary Court in New Delhi. He was  asked to explain why his remarks in Nagpur should not be construed as an insult and a challenge to the Supreme Leader.

Gadkari dutifully appeared before the inquisitors. His explanation was that he was speaking in general terms and his remarks in no way should be construed as directed against the Supreme Leader and the Deputy Supreme Leader.

The inquisitors were not amused. Gadkari was sternly reminded that the party had taken strong action against other important leaders whenever they tried to cultivate a moderate and reasonable persona. It was recalled for him how L.K.Advani, the original Ayodhya warrior, was defrocked when he tried to find some virtues in Mohammed Ali Jinnah.

“Just because you are a former president of the party, do not think that you are above the discipline of the party and that the code of worshipful conduct towards the Supreme Leader is not applicable to you,” observed the chief enforcer.

A thoroughly perplexed Gadkari sought the Disciplinary Court’s indulgence and begged to be informed of the precise charge against him.

The chair was forthcoming: “First and foremost, you invoke Gandhi. Could you not think of any other historical figure to allude to the nobility of public life”?

Gadkari: “I thought it is part of our collective double-speak culture  to invoke Mahatma Gandhi’s name without in any way being sincere towards his message.”

The Scowl in the Chair: “Do not be flippant here with us. We also know something about Gandhi. We suspect you were in your trying to belittle the sincerity and dedication of our Supreme Leader.”

Gadkari: “Sriman, I have the highest regard and unadulterated admiration for the Supreme Leader. My remarks in no way were meant, even left-handedly, for any leader with offices atop Raisina Hill.”

Another inquisitor threw a question: “Nitinji, you claim to be a very well-read man. You have a reputation for being erudite. Why, then, speak in disapproving tone of “sattakaran.”  Why it is so difficult for you to appreciate—unlike millions of deshbhakts—that our Supreme Leader makes an ideal example of nobility of public life?”

By now Gadkari saheb was thoroughly alarmed and wondered where the inquisition was heading.

But this tormentor was not done with his line of questioning: “And, has not the original Machiavelli observed: ‘It is necessary for a prince who wishes to maintain his position to learn how not to be good.’ Our Supreme Leader and the Deputy Supreme Leader have re-written the Chankaya code for rulers. And, Nitinji, you have to acknowledge in Naya Bharat we need not allow ourselves to be slowed down with so-called moderation or the middle path or constitutional spirit. That is a trap the Khan Market gang has laid and we have no intention of getting caught in something that is inspired by western sensitivities. Do you not get it?”

Sufficiently chastened, Gadkari asked what corrective action was expected of him to prove that he meant no disrespect to the Supreme Leader. It was then whispered to him that just as was the practice in Mao Tse-tung’s days, a bout of self-criticism would be in order. It suddenly dawned on this former president of the BJP that the Communist Party of China was becoming the new role model for his saffron outfit.

Gadkari was in a classic dharam-sankat. As a disciplined soldier of the RSS, he was happy to submit himself to even the most mindless and meaningless disciplinary condition; but, as a public man of some standing, he had covered himself in a heavy layer of self-regard and self-respect. He was not easily prepared to give in to the boorish men who have captured the party. Cunningly, he decided to call their bluff. He respectfully told his inquisitionists that he was not prepared to oblige them by undertaking any kind of self-criticism.

An unexpected deadlock ensued and the judgment has been reserved. When it comes, the verdict will tell us whether the Supreme Leader – having tamed the Opposition, the media and the minorities (but not the Chinese PLA) – is preparing to turn his attention to enemies within the Parivar. Happy days are here, again.

Atmanirbhar is a pen-name for an aspiring satirist, who shall be irregularly contributing a column, From the Vishwaguru Archives, and believes that ridicule and humour are central to freedom to speech and expression.