Hail Our New Jailor, Who Knows the Threat of Jeeves and Wooster

In our opinion, Bertie Wooster makes a very, very bad role model in the new Bharat, when every young man and woman needs to be detoxified from what the Orientalists call “the Hindu cowardice”. 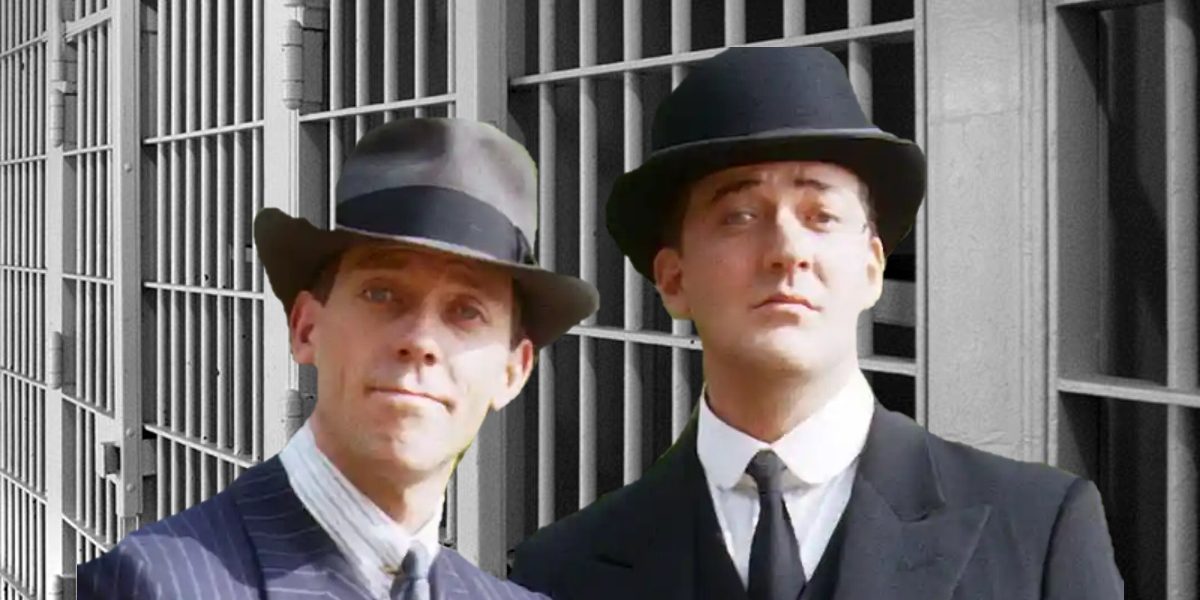 The recent report that the authorities at the Taloja Central Prison in Navi Mumbai would not allow Gautam Navlakha a P.G. Wodehouse book as they deemed it a “security risk” provoked, predictably enough, indignant criticism from editorial writers across the country. The Union home ministry thought this bit of negative attention the ruling regime could do without. It asked for an explanation from the jail authorities in Maharashtra. Their (yet to be penned down) response makes a fascinating reading:

We have nothing to apologise for – because we think of ourselves, and do so with garv, as the jailors of new India. We are neither illiterate nor buffoons like that comical “angrezo ke zamane ka jailor” in Sholay. Nor are we namby-pamby softies like that jailor, played by V. Shantaram, in Do Aankhen Barah Haath. Nor are we infected with any kind of NGO-bug, like that self-promoting Ms Kiran Bedi.

We have no desire or appetite for playing Good Samaritan. We are hard-wired custodians of a hard state. We believe those who land in jails are in need of being sorted out and we are here to do that job.

We are realists and we take our intellectual inspiration from Daniel Patrick Moynihan, that acclaimed liberal voice who tried to make sense of the global chaos after the Soviet Union’s collapse. Moynihan had drawn out politics’ new profile: “Not long ago, it could be agreed that politics was the business of who gets what, when, where and how. It is now more than that. It has become a process that also deliberately seeks to effect such outcomes as who thinks what, who acts when, who lives where, who feels how?”

We believe it is entirely within a jailor’s realm of responsibility to control what a prisoner reads. Granted that someone like Gautam Navlakha is already polluted with subversive thoughts and theories, but all the more reason that he should be denied a Wodehouse book, because he could use the book by this presumably benign author to suborn his fellow-prisoners’ thinking process.

We most certainly believe that Wodehouse is a “security risk” because his most central, most enduring creation, Bertie Wooster is a happy-go-lucky type character who never seems to be doing serious work. And above all, he is a sissy.

In our opinion, Bertie Wooster makes a very, very bad role model in the new Bharat, when every young man and woman needs to be detoxified from what the Orientalists call “the Hindu cowardice”. Naya Bharat needs toughies, hardened men who would joyfully recruit themselves in all these “vahinis”, prowling the streets on their motorbikes, dedicated to protecting the honour and dignity of our women from the predators; these vahini foot-soldiers should not be afraid to play footsie with the law in the street and on the net. This Wooster character is a thoroughly spoiled man who cannot iron his own clothes and always has to have someone bring his tea to him. This man is the very antithesis of the austere, self-sufficient and self-helped swayamsevak. The new India has no use for a character like Bertie Wooster.

Also read: If Nothing Else, Indian Diplomats at Least Need a Better Sense of Humour

And that is not all. Wodehouse has also invented this character Jeeves, the resourceful, unflappable valet to the useless, lazy Wooster. The liberals of old India may find them playing a charming duet, but we believe this Jeeves-Wooster relationship is a celebration of feudal ethos and dependencies. At a time when the honourable prime minister is trying to bring about true social equality, these Wodehouse ramblings simply cannot be encouraged.

Many of these liberals columnists and judges who have had a good time pouring scorn over us do not realise they  are prisoners of a failed past. This Wodehouse also created a journalistic character called Psmith in a 1915 novel, Psmith, Journalist. This character had the temerity to proclaim that his weekly newspaper “cannot be muzzled”.

That notion, perhaps a Nehruvian notion, of an unmuzzled press can no longer be allowed to find traction in new India. We believe – like those police officials in Sidhi, Madhya Pradesh – that it is necessary to humiliate and degrade all journalists, especially those who refuse to fall in line when told to do so by the authority in Modiji’s India.

And then, there is this blasphemy to beat all blasphemies.

Christopher Hitchens draws our attention to the utter subversiveness that lurks behind the fumbling ambivalence of Wodehouse characters. In his November 2004 piece for The Atlantic, Hitchens writes:

“In the climactic scene of The Code of the Woosters, Bertie confronts Sir Roderick Spode, the sinister bully who is ‘founder and head of the Saviours of Britain, a Fascist Organisation better known as the Black Shorts.”

We hope the Union home ministry still has a few mentally-alert Anglophiles, who should be able to point out that this 1938 Wodehouse passage can be easily construed as an allusion to the Rashtriya Swayamsevak Sangh; we all note with pride this great nationalist organisation was set up in 1925 and within a decade the colonial satirists were trying to denigrate this organisation, dedicated to bringing about a rejuvenation of the Hindu society. Wodehouse, like Rudyard Kipling, is an out and out colonial narrator. There is no place  for such literary buccaneers in new India. On our part, we fail to comprehend why anybody in new India should want to find any kind of satisfaction or enjoyment in reading this kind of colonial mumbo-jumbo.

We dare say that if the Nehruvian elite has turned out to be such easy pushovers it is because they have dined out on a diet of P.G. Wodehouse’s effete stories and novels. We suspect people like Mani Shanker Aiyar and Shashi Tharoor must be proudly displaying their Wodehouse books on their living room shelves. This Nehruvian elite consists of weaklings like Bertie Woosters. This is the underbelly of the so-called liberal India.

We believe we are the vanguard of a new intellectual era. Bharat has to be exorcised of all its colonials hangovers. We hope those in the highest echelons of national security would appreciate why a Wodehouse novel is a security risk. Vande. Vande.